New Excavations Indicate Use Of Fertilizers 5,000 Years Ago

Researchers from the University of Gothenburg, Sweden, have spent many years studying the remains of a Stone Age community in Karleby outside the town of Falköping, Sweden. The researchers have for example tried to identify parts of the inhabitants' diet. Right now they are looking for evidence that fertilisers were used already during the Scandinavian Stone Age, and the results of their first analyses may be exactly what they are looking for. 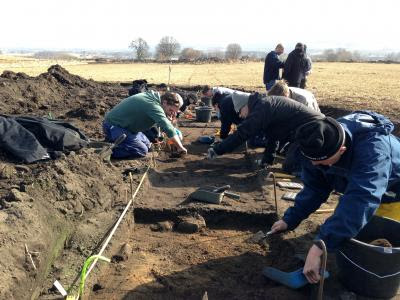 Using remains of grains and other plants and some highly advanced analysis techniques, the two researchers and archaeologists Tony Axelsson and Karl-Göran Sjögren have been able to identify parts of the diet of their Stone Age ancestors.

'Our first task was to find so-called macrofossils, such as old weed seeds or pieces of grain. By analysing macrofossils, we can learn a lot about Stone Age farming and how important farming was in relation to livestock ranching,' says Axelsson.

Another aim has been to collect animal bone material – or simply 5,000 year old food remains. The researchers know that pieces of bones from cattle, pigs and sheep can be found at the site.

'By studying the levels of isotopes in the bones, we can for example find out where the animals were raised, which in turn can give important information about their role in trade,' says Sjögren.

The results of the first grain analyses have now been presented, and besides revealing that both barley and wheat were farmed at the site, they point to elevated levels of the isotope N15 (nitrogen 15). The elevated levels may indicate that fertilisers were used in the area of Karleby already 5,000 years ago.

'We will continue our analyses both in the field and in the lab, and are hoping to find more macrofossils. Hopefully we'll find some weed seeds, as they may help confirm that fertilisers were indeed used since the type of weeds found in a field can signal whether fertilisers or some other method was used,' says Axelsson.

The site is located east of the Logården farm Karleby outside the town of Falköping. \ 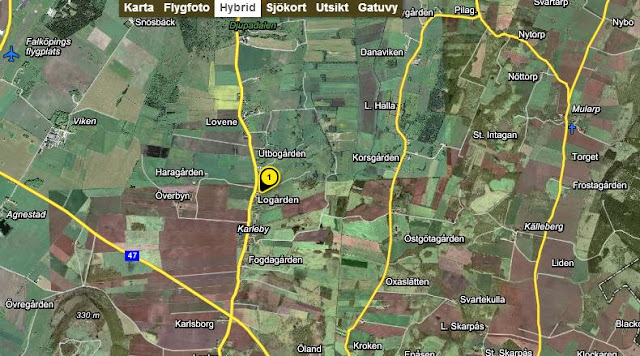 Contacts and sources:
Tony Axelsson
University of Gothenburg
on April 26, 2013