Scientists have long observed that species seem to have become increasingly capable of evolving in response to changes in the environment. But computer science researchers now say that the popular explanation of competition to survive in nature may not actually be necessary for evolvability to increase.

In a paper published this week in PLOS ONE, the researchers report that evolvability can increase over generations regardless of whether species are competing for food, habitat or other factors.

Using a simulated model they designed to mimic how organisms evolve, the researchers saw increasing evolvability even without competitive pressure.

"The explanation is that evolvable organisms separate themselves naturally from less evolvable organisms over time simply by becoming increasingly diverse," said Kenneth O. Stanley, an associate professor at the College of Engineering and Computer Science at the University of Central Florida. He co-wrote the paper about the study along with lead author Joel Lehman, a post-doctoral researcher at the University of Texas at Austin.

Kenneth Stanley's work has been cited more than 4,000 times. 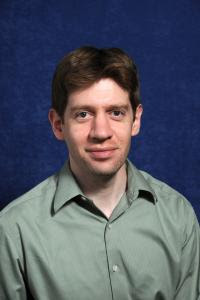 The finding could have implications for the origins of evolvability in many species.

"When new species appear in the future, they are most likely descendants of those that were evolvable in the past," Lehman said. "The result is that evolvable species accumulate over time even without selective pressure."

During the simulations, the team's simulated organisms became more evolvable without any pressure from other organisms out-competing them. The simulations were based on a conceptual algorithm.

"The algorithms used for the simulations are abstractly based on how organisms are evolved, but not on any particular real-life organism," explained Lehman.

Joel Lehman is a researcher at University of Texas at Austin. He earned his Ph.D. in computer science at UCF. 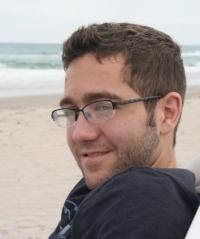 The team's hypothesis is unique and is in contrast to most popular theories for why evolvability increases.

"An important implication of this result is that traditional selective and adaptive explanations for phenomena such as increasing evolvability deserve more scrutiny and may turn out unnecessary in some cases," Stanley said.

Stanley is an associate professor at UCF. He has a bachelor's of science in engineering from the University of Pennsylvania and a doctorate in computer science from the University of Texas at Austin. He serves on the editorial boards of several journals. He has over 70 publications in competitive venues and has secured grants worth more than $1 million. His works in artificial intelligence and evolutionary computation have been cited more than 4,000 times.

50 Years of Achievement: The University of Central Florida, the nation's second-largest university with nearly 60,000 students, is celebrating its 50th anniversary in 2013. UCF has grown in size, quality, diversity and reputation, and today the university offers more than 200 degree programs at its main campus in Orlando and more than a dozen other locations. Known as America's leading partnership university, UCF is an economic engine attracting and supporting industries vital to the region's success now and into the future. For more information, visithttp://today.ucf.edu.