Thirty-five years after its launch, Voyager 1 appears to have travelled beyond the influence of the Sun and exited the heliosphere, according to a new study appearing online today.

The spacecraft Voyager 1 appears to have left the heliosphere, according to a new study.

The heliosphere is a region of space dominated by the Sun and its wind of energetic particles, and which is thought to be enclosed, bubble-like, in the surrounding interstellar medium of gas and dust that pervades the Milky Way galaxy.

On August 25, 2012, NASA's Voyager 1 spacecraft measured drastic changes in radiation levels, more than 11 billion miles from the Sun. Anomalous cosmic rays, which are cosmic rays trapped in the outer heliosphere, all but vanished, dropping to less than 1 percent of previous amounts. At the same time, galactic cosmic rays – cosmic radiation from outside of the solar system – spiked to levels not seen since Voyager's launch, with intensities as much as twice previous levels.

The findings have been accepted for publication in Geophysical Research Letters, a journal of the American Geophysical Union.

"Within just a few days, the heliospheric intensity of trapped radiation decreased, and the cosmic ray intensity went up as you would expect if it exited the heliosphere," said Bill Webber, professor emeritus of astronomy at New Mexico State University in Las Cruces. He calls this transition boundary the "heliocliff." 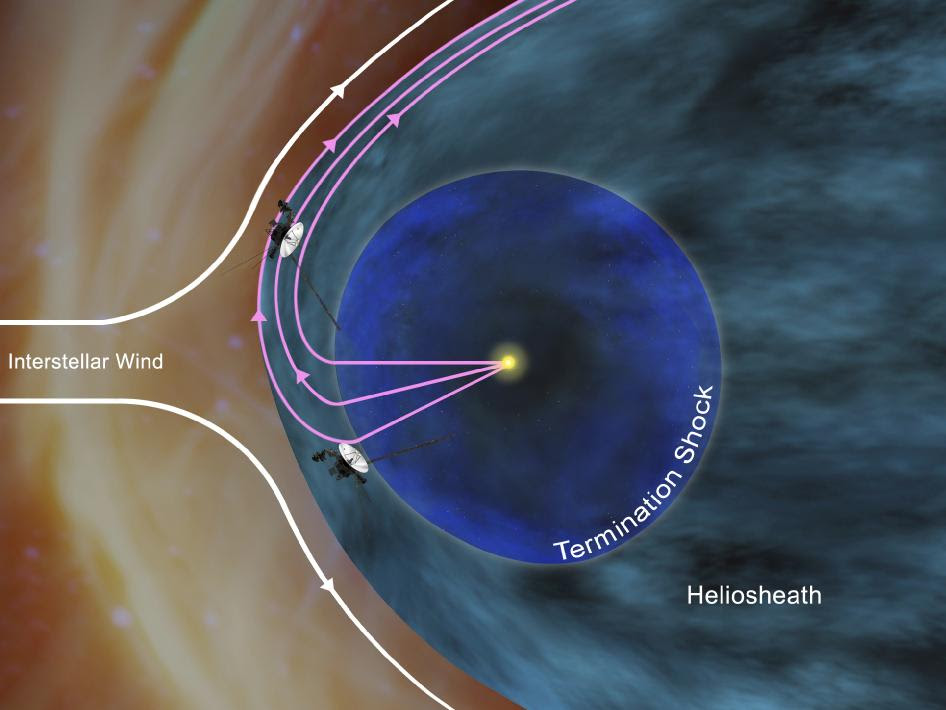 In the GRL article, the authors state: "It appears that [Voyager 1] has exited the main solar modulation region, revealing [hydrogen] and [helium] spectra characteristic of those to be expected in the local interstellar medium."

However, Webber notes, scientists are continuing to debate whether Voyager 1 has reached interstellar space or entered a separate, undefined region beyond the solar system.

"It's outside the normal heliosphere, I would say that," Webber said. "We're in a new region. And everything we're measuring is different and exciting."

The work was funded by NASA's Jet Propulsion Laboratory in Pasadena, Calif.