Remains Of A Giant Found In Frozen Wasteland

A research team led by the Canadian Museum of Nature has identified the first evidence for an extinct giant camel in Canada's High Arctic. The discovery is based on 30 fossil fragments of a leg bone found on Ellesmere Island, Nunavut, and represents the most northerly record for early camels, whose ancestors are known to have originated in North America some 45 million years ago.

The fossils were collected over three summer field seasons (2006, 2008 and 2010) and are about three and a half million years old, dating from the mid-Pliocene Epoch. Other fossil finds at the site suggest this High Arctic camel lived in a boreal-type forest environment, during a global warm phase on the planet.

The research, by Natalia Rybczynski, Ph.D., and co-authors including John Gosse, Ph.D. (at Dalhousie University, Halifax, Nova Scotia), and Mike Buckley, Ph.D. (at the University of Manchester, England), is described in the March 5, 2013, edition of the online journal Nature Communications. Read the paper.

The fossil bones of the High Arctic camel laid out in Natalia Rybczynski's lab at the Canadian Museum of Nature. The fossil evidence consists of about 30 bone fragments, which together form part of a limb bone of a camel.

"This is an important discovery because it provides the first evidence of camels living in the High Arctic region," explains Dr. Rybczynski, a vertebrate palaeontologist with the Canadian Museum of Nature, who has led numerous field expeditions in Canada's Arctic. "It extends the previous range of camels in North America northward by about 1200 km, and suggests that the lineage that gave rise to modern camels may have been originally adapted to living in an Arctic forest environment."

The camel bones were collected from a steep slope at the Fyles Leaf Bed site, a sandy deposit near Strathcona Fiord on Ellesmere Island. Fossils of leaves, wood and other plant material have been found at this site, but the camel is the first mammal recovered. A nearby fossil-rich locality at Strathcona Fiord known as the Beaver Pond site has previously yielded fossils of other mammals from the same time period, including a badger, deerlet, beaver and three-toed horse.

Illustration of the High Arctic camel on Ellesmere Island during the Pliocene warm period, about three and a half million years ago. The camels lived in a boreal-type forest. The habitat includes larch trees and the depiction is based on records of plant fossils found at nearby fossil deposits.

Determining that the bones were from a camel was a challenge. "The first time I picked up a piece, I thought that it might be wood. It was only back at the field camp that I was able to ascertain it was not only bone, but also from a fossil mammal larger than anything we had seen so far from the deposits," explains Rybczynski, relating the moment that she and her team had discovered something unusual.

Some important physical characteristics suggested the fossil fragments were part of a large tibia, the main lower-leg bone in mammals, and that they belonged to the group of cloven-hoofed animals known as artiodactyls, which includes cows, pigs and camels. Digital files of each of the 30 bone fragments were produced using a 3D laser scanner, allowing for the pieces to be assembled and aligned. The size of the reconstituted leg bone suggested it was from a very large mammal. At the time in North America, the largest artiodactyls were camels.

Full confirmation that the bones belonged to a camel came from a new technique called collagen fingerprinting that was pioneered by Dr. Mike Buckley at the University of Manchester in England. Profiles produced by this technique can be used to distinguish between groups of mammals.

Minute amounts of collagen, the dominant protein found in bone, were extracted from the fossils. Using chemical markers for the peptides that make up the collagen, a collagen profile for the fossil bones was developed. This profile was compared with those of 37 modern mammal species, as well as that of a fossil camel found in Yukon, which is also in the Canadian Museum of Nature's collections.

The collagen profile for the High Arctic camel most closely matched those of modern camels, specifically dromedaries (camels with one hump) as well as the Yukon giant camel, which is thought to be Paracamelus, the ancestor of modern camels. The collagen information, combined with the anatomical data, allowed Rybczynski and her colleagues to conclude that the Ellesmere bones belong to a camel, and is likely the same lineage as Paracamelus.

"We now have a new fossil record to better understand camel evolution, since our research shows that the Paracamelus lineage inhabited northern North America for millions of years, and the simplest explanation for this pattern would be that Paracamelusoriginated there," explains Rybczynski. "So perhaps some specializations seen in modern camels, such as their wide flat feet, large eyes and humps for fat may be adaptations derived from living in a polar environment."

Natalia Rybczynski from the Canadian Museum of Nature collects a fossil of the High Arctic camel in 2008 at the Fyles Leaf Bed site on Ellesmere Island, Nunavut. She uses toilet paper to gently wrap the bone for transport to the field camp.

The scientific paper also reports for the first time an accurate age of both the Fyles Leaf Bed site and the Beaver Pond site—at least 3.4 million years old. This was determined by Dr. Gosse at Dalhousie University using a sophisticated technique that involves dating the sands found associated with the bone. The date is significant because it corresponds to a time period when the Earth was 2°C to 3°C warmer than today, and the Arctic was 14°C to 22°C warmer.

The bones of the High Arctic camel are housed in the Canadian Museum of Nature'sresearch and collections facility in Gatineau, Quebec, on behalf of the Government of Nunavut.

Other contributors to the report include C. Richard Harington, Ph.D. and Researcher Emeritus at the Canadian Museum of Nature; Roy Wogelius, Ph.D., at the University of Manchester; and A.J. Hidy, Ph.D., at Dalhousie University. 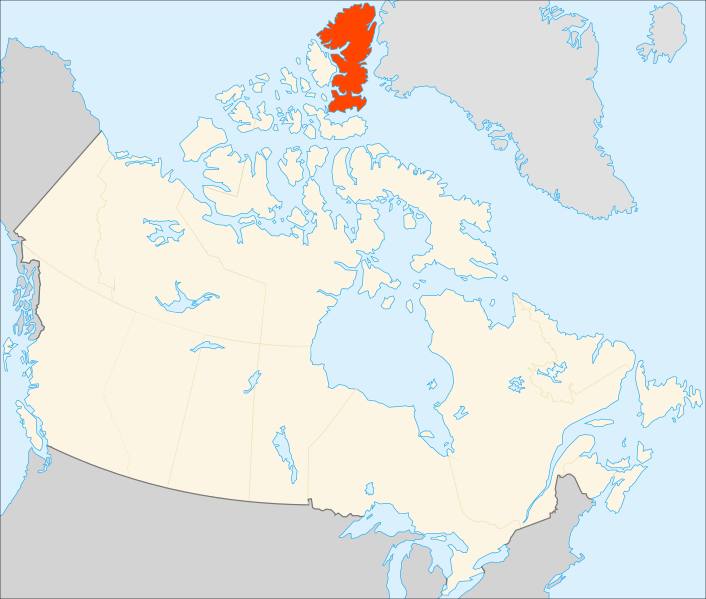 The Canadian Museum of Nature is Canada's national museum of natural history and natural sciences. It promotes awareness of Canada's natural heritage through signature and travelling exhibitions, public education programmes, scientific research and a dynamic web site (nature.ca), as well as the maintenance of a 10.5 million-specimen collection. The museum's legacy of Arctic research dates back 100 years to the first Canadian Arctic Expedition of 1913.
Note to Media

Natalia Rybczynski is available for interviews. Available images include the camel-bone fragments, the research team at work on Ellesmere Island and an illustration of the High Arctic Camel in its forest environment.