Petroleum Use, Greenhouse Gas Emissions Of Automobiles Could Drop 80 Percent By 2050

A new National Research Council report finds that by the year 2050, the U.S. may be able to reduce petroleum consumption and greenhouse gas emissions by 80 percent for light-duty vehicles -- cars and small trucks -- via a combination of more efficient vehicles; the use of alternative fuels like biofuels, electricity, and hydrogen; and strong government policies to overcome high costs and influence consumer choices. While achieving these goals will be difficult, improving technologies driven by strong and effective policies could make deep reductions possible. 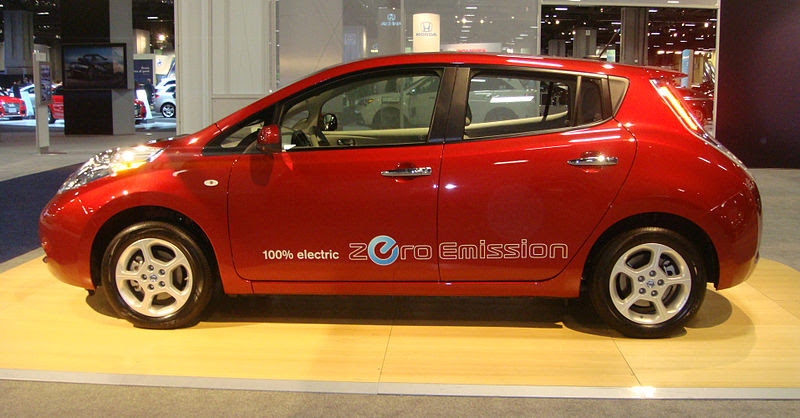 "To reach the 2050 goals for reducing petroleum use and greenhouse gases, vehicles must become dramatically more efficient, regardless of how they are powered," said Douglas M. Chapin, principal of MPR Associates, and chair of the committee that wrote the report. "In addition, alternative fuels to petroleum must be readily available, cost-effective and produced with low emissions of greenhouse gases. Such a transition will be costly and require several decades. The committee's model calculations, while exploratory and highly uncertain, indicate that the benefits of making the transition, i.e. energy cost savings, improved vehicle technologies, and reductions in petroleum use and greenhouse gas emissions, exceed the additional costs of the transition over and above what the market is willing to do voluntarily."

Improving the efficiency of conventional vehicles is, up to a point, the most economical and easiest-to-implement approach to saving fuel and lowering emissions, the report says. This approach includes reducing work the engine must perform -- reducing vehicle weight, aerodynamic resistance, rolling resistance, and accessories -- plus improving the efficiency of the internal combustion engine powertrain.

Although driving costs per mile will be lower, especially for vehicles powered by natural gas or electricity, the high initial purchase cost is likely to be a significant barrier to widespread consumer acceptance, the report says. All the vehicles considered are and will continue to be several thousand dollars more expensive than today's conventional vehicles. Additionally, particularly in the early years, the report predicts that alternative vehicles will likely be limited to a few body styles and sizes; some will rely on fuels that are not readily available or have restricted travel range; and others may require bulky energy storage that will limit their cargo and passenger capacity. Wide consumer acceptance is essential, however, and large numbers of alternative vehicles must be purchased long before 2050 if the on-road fleet is to meet desired performance goals. Strong policies and technology advances are critical in overcoming this challenge.

The report identified several scenarios that could meet the more demanding 2050 greenhouse gas goal. Each combines highly efficient vehicles with at least one of three alternative power sources -- biofuel, electricity, or hydrogen. Natural gas vehicles were considered, but their greenhouse gas emissions are too high for the 2050 goal. However, if the costs of these vehicles can be reduced and appropriate refueling infrastructure created, they have great potential for reducing petroleum consumption.

While corn-grain ethanol and biodiesel are the only biofuels to have been produced in commercial quantities in the U.S. to date, the study committee found much greater potential in biofuels made from lignocellulosic biomass -- which includes crop residues like wheat straw, switchgrass, whole trees, and wood waste. This "drop-in" fuel is designed to be a direct replacement for gasoline and could lead to large reductions in both petroleum use and greenhouse gas emissions; it can also be introduced without major changes in fuel delivery infrastructure or vehicles. The report finds that sufficient lignocellulosic biomass could be produced by 2050 to meet the goal of an 80 percent reduction in petroleum use when combined with highly efficient vehicles.

Vehicles powered by electricity will not emit any greenhouse gases, but the production of electricity and the additional load on the electric power grid are factors that must be considered. To the extent that fossil resources are used to generate electricity, the report says that the successful implementation of carbon capture and storage will be essential. These vehicles also rely on batteries, which are projected to drop steeply in price. However, the report says that limited range and long recharge times are likely to limit the use of all-electric vehicles mainly to local driving. Advanced battery technologies under development all face serious technical challenges.

When hydrogen is used as a fuel cell in electric vehicles, the only vehicle emission is water. However, varying amounts of greenhouse gases are emitted during hydrogen production, and the low-greenhouse gas methods of making hydrogen are more expensive and will need further development to become competitive. Hydrogen fuel cell vehicles could become less costly than the advanced internal combustion engine vehicles of 2050. Fuel cell vehicles are not subject to the limitations of battery vehicles, but developing a hydrogen infrastructure in concert with a growing number of fuel cell vehicles will be difficult and expensive, the report says.

The technology advances required to meet the 2050 goals are challenging and not assured. Nevertheless, the committee considers that dramatic cost reduction and overall performance enhancement is possible without unpredictable technology breakthroughs. Achieving these goals requires that the improved technology focus on reducing fuel use rather than adding greater power or weight, the report says.

It is impossible to know which technologies will ultimately succeed, the report says, because all involve uncertainty. The best approach, therefore, is to promote a portfolio of vehicle and fuel research and development, supported by both government and industry, designed to solve the critical challenges in each major candidate technology. Such primary research efforts need continuing evaluation of progress against performance goals to determine which technologies, fuels, designs, and production methods are emerging as the most promising and cost-effective.

Overcoming the barriers to advanced vehicles and fuels will require a rigorous policy framework that is more stringent than the proposed fuel economy standards for 2025. This policy intervention could include high and increasing fuel economy standards, R&D support, subsidies, and public information programs aimed at improving consumers' familiarity with the new fuels and powertrains. Because of the high level of uncertainty in the pace and scale of technology advances, this framework should be modified as technologies develop and as conditions change.

It is essential that policies promoting particular technologies to the public are not introduced before these new fuels and vehicle technologies are close to market readiness, and consumer behavior toward them is well understood. The report warns that forcing a technology into the market should be undertaken only when the benefits of the proposed support justify its costs.