It looks like 2013 will be a thrilling season for baseball fans as four of the six divisions can be expected to deliver tight races, says baseball guru NJIT Associate Professor and Associate Dean Bruce Bukiet. Over the years, Bukiet has applied mathematical analysis to compute the number of regular season games each Major League Baseball team should win. Though his expertise is in mathematical modeling, his projections have compared well with those of so-called experts. 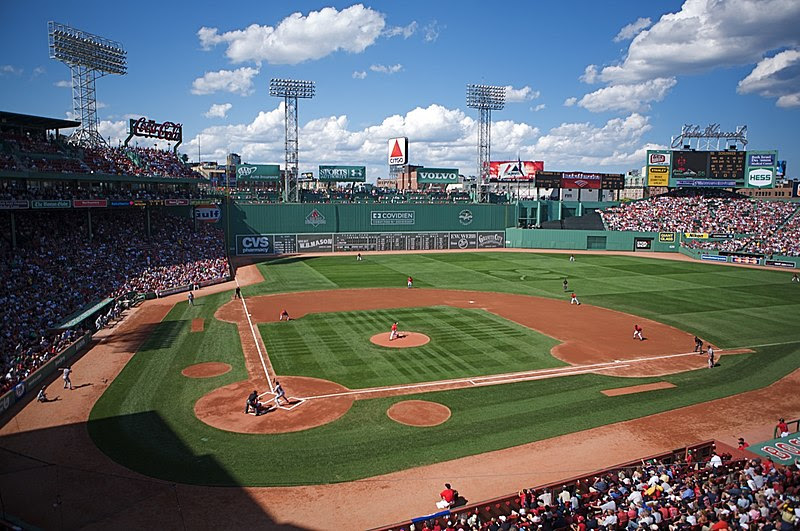 The numbers indicate that only one game might separate the first and second place teams in both the National League's (NL) East and West divisions, with the Atlanta Braves (94 wins) edging out the Washington Nationals (93 wins) in the East and the Los Angeles Dodgers (88 wins) coming in just ahead of the San Francisco Giants (87 wins) in the West. Even in the NL Central, the St. Louis Cardinals (90 wins) don't have much breathing room, winning that division by a projected 3 games over the Cincinnati Reds (87 wins). The Braves, Nationals, Cards, Reds and Dodgers should make the playoffs, while the Giants miss by a single game. 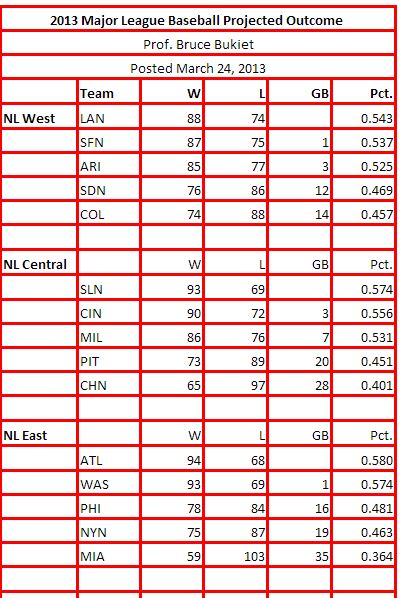 It is hard to believe that in the American League (AL), the contests could be even closer. While the Detroit Tigers should have the best record in baseball (102 wins) and run away with the Central division, with the next best team (the Chicago White Sox) more than 20 wins behind, the other two divisions could end up in ties. In the AL West, Bukiet has the Anaheim Angels and the Oakland Athletics tied with 92 wins each, while in the AL East, he says there could be a 3-way tie!!! The guru predicts that the Toronto Blue Jays, the Tampa Bay Rays and the New York Yankees all will win 87 games. Such results would mean that the Tigers, Angels, and Athletics would make the playoffs, while the other two teams to make the playoffs would be from among the Blue Jays, Rays, Yankees or Texas Rangers, all whom the model show come in at 87 wins. 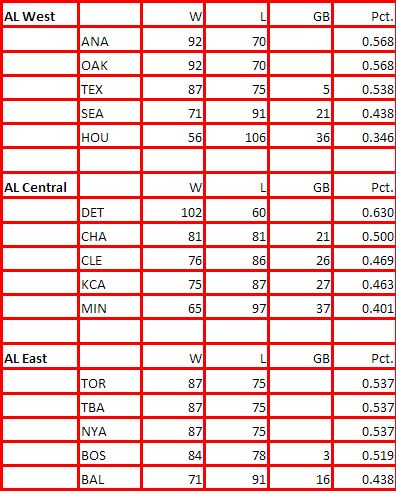 Bukiet makes these projections to demonstrate and promote the power of math. He wants to show young people that math can be fun, that it can be applied to improve one's understanding of many aspects of life and that if you love mathematics, it can be a great college major and lead to a satisfying career.

Bukiet bases his predictions on a mathematical model he developed in 2000. He has made revisions over the years. His results have led to back-to-back wins for himself in 2010-2011 as predictions champ at baseballphd.net. See more results for his baseball modeling, including projected wins for each of the 30 Major League Baseball teams, at http://m.njit.edu/~bukiet/baseball/baseball.html and at http://www.egrandslam.com.

Bukiet should have plenty of time this summer to spend doing math since once again his favorite team, the New York Mets, should win the same number of games (74) as they did last year. Once again they should come in fourth in their division, while the Miami Marlins have the worst record in the NL with 59 wins. The worst team overall should be the Houston Astros in their debut in the AL with only 56 successful outcomes and 106 losses. Yes, and once again, for the 21th year in a row, the Pittsburgh Pirates should finish with a losing record.