Organic foods are foods that are produced using methods of organic farming -- that do not involve modern synthetic inputs such as synthetic pesticides and chemical fertilizers. Organic foods are also not processed using irradiation, industrial solvents, or chemical food additives.

Evidence on substantial differences between organic food and conventional food is insufficient to make claims that organic food is safer or more healthy than conventional food. With respect to taste, the evidence is also insufficient to make scientific claims that organic food tastes better. Many supporters of the organic foods movement believe that pesticides, herbicides and artificial additives found in non-organic food might be carcinogenic. The American Cancer Society (ACS) has said "whether organic foods carry a lower risk of cancer because they are less likely to be contaminated by compounds that might cause cancer is largely unknown" but "vegetables, fruits, and whole grains should form the central part of a person's diet, regardless of whether they are grown conventionally or organically".

For the vast majority of its history, agriculture can be described as having been organic; only during the 20th century was a large supply of new "chemicals" introduced to the food supply. The organic farming movement arose in the 1940s in response to the industrialization of agriculture known as the Green Revolution. 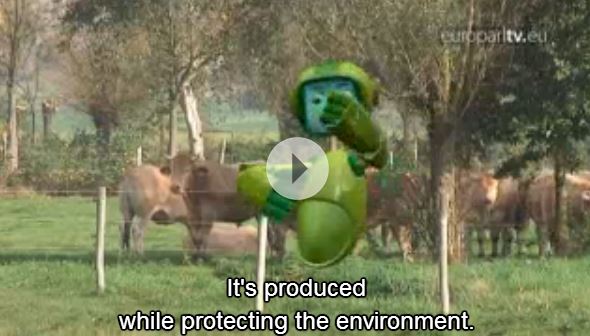 Organic food production is a heavily regulated industry, distinct from private gardening. Currently, the European Union, the United States, Canada, Japan and many other countries require producers to obtain special certification in order to market food as organic within their borders. In the context of these regulations, organic food is food produced in a way that complies with organic standards set by national governments and international organizations.

In the United States, organic production is a system that is managed in accordance with the Organic Foods Production Act (OFPA) of 1990 and regulations in Title 7, Part 205 of the Code of Federal Regulations to respond to site-specific conditions by integrating cultural, biological, and mechanical practices that foster cycling of resources, promote ecological balance, and conserve biodiversity. If livestock are involved, the livestock must be reared with regular access to pasture and without the routine use of antibiotics or growth hormones. In the United States, a food can be labeled as "organic" if it contains a minimum of 95% organic ingredients. In most countries, organic produce also do not contain genetically modified organisms. It has been suggested that the application of nanotechnology to food and agriculture is a further technology that needs to be excluded from certified organic food. The Soil Association (UK) has been the first organic certifier to implement a nano-exclusion


Demand for organic foods is primarily concern for personal health and concern for the environment. Organic products typically cost 10 to 40% more than similar conventionally produced products. According to the USDA, Americans, on average, spent $1,347 on groceries in 2004; thus switching entirely to organics would raise their cost of groceries by about $135 to $539 per year ($11 to $45 per month) assuming that prices remained stable with increased demand. Processed organic foods vary in price when compared to their conventional counterparts.

While organic food accounts for 1–2% of total food sales worldwide, the organic food market is growing rapidly, far ahead of the rest of the food industry, in both developed and developing nations.