The European Commission has officially announced the selection of the Human Brain
Project (HBP) as one of its two FET Flagship projects. The new project will federate European efforts to address one of the greatest challenges of modern science: understanding the human brain.

The goal of the Human Brain Project is to pull together all our existing knowledge about the
human brain and to reconstruct the brain, piece by piece, in supercomputer-based models
and simulations. The models offer the prospect of a new understanding of the human brain
and its diseases and of completely new computing and robotic technologies. On January 28,
the European Commission supported this vision, announcing that it has selected the HBP as
one of two projects to be funded through the new FET Flagship Program. 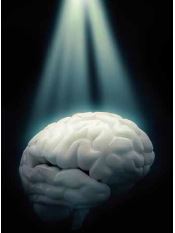 Federating more than 80 European and international research institutions, the Human Brain
Project is planned to last ten years (2013-2023). The cost is estimated at 1.19 billion euros.
The project will also associate some important North American and Japanese partners. It will
be coordinated at the Ecole Polytechnique Fédérale de Lausanne (EPFL) in Switzerland, by
neuroscientist Henry Markram with co-directors Karlheinz Meier of Heidelberg University,
Germany, and Richard Frackowiak of Centre Hospitalier Universitaire Vaudois (CHUV) and
the University of Lausanne (UNIL).


The Swiss Contribution
Switzerland plays a vital role in the Human Brain Project. Henry Markram and his team at
EPFL will coordinate the project and will also be responsible for the development and
operation of the project’s Brain Simulation Platform. Richard Frackowiak and his team will  be in charge of the project’s medical informatics platform; the Swiss Supercomputing Centre in Lugano will provide essential supercomputing facilities.

Many other Swiss groups are also contributing to the project. Through the ETH Board, the Swiss Federal Government has allocated 75 million CHF (approximately 60 million Euros) for the period 2013-2017, to support the efforts of both Henry Markram’s laboratory at EPFL and the Swiss Supercomputing Center in Lugano. The Canton of Vaud will give 35 million CHF (28 million Euros) to build a new facility called Neuropolis for in silico life science, and centered around the Human Brain Project. This building will also be supported by the Swiss Confederation, the Rolex Group and third-party sponsors. 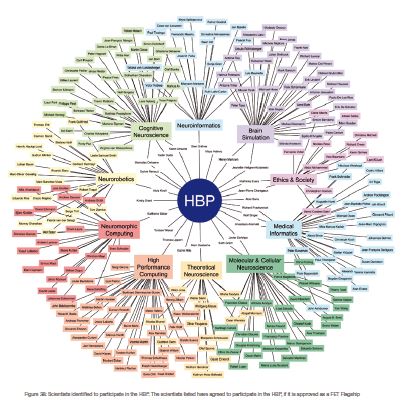 The selection of the Human Brain Project as a FET Flagship is the result of more than three
years of preparation and a rigorous and severe evaluation by a large panel of independent,
high profile scientists, chosen by the European Commission. In the coming months, the
partners will negotiate a detailed agreement with the Community for the initial first two and a
half year ramp-up phase (2013-mid 2016). The project will begin work in the closing months
of 2013.

A scientific portrait of the Human Brain Project

The Human Brain Project will provide new tools to help understand the brain and its
fundamental mechanisms and to apply this knowledge in future medicine and computing.
Central to the Human Brain Project is Information and Computing Technology (ICT). The
project will develop ICT platforms for neuroinformatics, brain simulation and supercomputing that will make it possible to federate neuroscience data from all over the world, to integrate the data in unifying models and simulations of the brain, to check the models against data from biology and to make them available to the world scientific community. The ultimate goal is to allow neuroscientists to connect the dots leading from genes, molecules and cells to human cognition and behavior.

A novel medical informatics platform will federate clinical data from around the world,
allowing medical researchers to unlock the clinically valuable information they contain and to
incorporate it in computer models of disease. The goal is to develop techniques for the
objective diagnosis of the brain’s diseases, to understand their underlying mechanisms and
to speed up the search for new treatments.

Finally, the HBP will build new platforms for “neuromorphic computing” and neurorobotics”,
allowing researchers to develop new computing systems and robots based on the architecture and circuitry of the brain. The new systems will use detailed knowledge of the brain to address critical problems facing future computing technology: energy efficiency, reliability, the huge difficulties involved in programming very complex computing systems. The HBP will fund independent scientists to use the new platforms for their own research, reserving a substantial part of its budget for this purpose. In brief, the HBP will create a CERN for the brain.
on February 04, 2013