Why Are Japanese Cartoons A Global Hit?

In early 1979, a cartoon series about giant robots, “Mobile Suit Gundam,” made its debut on Japanese television. It was not a hit. Scheduled to run for 12 months, the plug was about to be pulled after just 10 months.

But then the show’s creators noticed something unexpected: it had a very loyal, if small, following. Fans were creating encyclopedias about the show and creating timelines of its events. The show was given a new lease on life — and the studio producing it took notice of which elements had proven most popular with its audience. Given a new chance and some creative tweaks, the “Gundam” shows became the basis of a sprawling series of cartoons, movies, comic books, video games, best-selling toys and more.

“The ‘Gundam’ giant robot series was written off as a failure — except that it got picked up by a few fans,” says Ian Condry, an associate professor of Comparative Media Studies at MIT and head of MIT’s Foreign Languages and Literatures section. “Now it’s an ongoing 30-year-old franchise.”

As Condry sees it, there is a lesson in the “Gundam” case for producers of culture everywhere. Japanese anime — animation, usually in the form of hand-drawn cartoons — is a wildly popular global export: According to one estimate, about 60 percent of the world’s animated television shows originate in Japan. They have become popular, as Condry asserts in a new book, “The Soul of Anime,” published today by Duke University Press, by embracing what he calls “collaborative creativity” — by accepting input from a range of artists, and, crucially, feedback and modifications from fans. And when fans get involved, Condry says, it makes a pop-culture product, like a cartoon series, “a living thing for the people who are interested.”

Certainly, the cultural reach of Japanese anime has been enormous. In 2004, when Japan sent water-tank trucks to help Iraq’s reconstruction, Iraqis coordinating the effort felt the Japanese flag, displayed on the sides of the trucks, would likely go unrecognized. As Condry notes, the Japanese government also placed large stickers on the vehicles, of Captain Tsubasa, a popular Japanese cartoon soccer player, as a more effective way of denoting which country was providing the trucks. 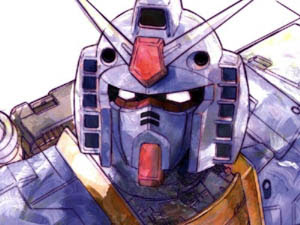 While the origins of anime techniques are about a century old, the cartoons took hold in Japan only in the post-war era. Other global Japanese anime hits include the Pokemon series of video games, cards, cartoons and toys, which, as Condry notes, are “so ubiquitous, it’s kind of a shared language of youth.”

And yet, the success of Japanese anime constitutes something of a mystery. If you were to concoct a plan for entertainment-industry success in the digital age, Condry notes, it would probably not involve the painstaking development of hand-drawn cartoons.

“It’s incredibly difficult, and not very lucrative” for the artists, says Condry, who visited dozens of anime studios, workshops and artists while researching the book over the last eight years. “It’s one of the most labor-intensive forms of media there is.” Entertainment companies do not necessarily make huge profits off anime, which was an issue motivating Condry’s study; as he puts it, “How can things that don’t make money go global?”

The answer is that anime producers create many series and watch closely for what catches on — and then, once the characters in a series become a “platform” for audience participation, may cash in through toys, games and other forms of entertainment.

“What distinguishes anime,” Condry says, “is the degree of openness the copyright holders have to give the fans a chance to re-work the characters” and other elements of the original cartoons. He adds: “The ‘Gundam’ producers, when shown work created by fans, just said, ‘That might be the way it is.’”

One historical curiosity of anime, Condry notes, is that the dynamics making it successful emerged even prior to the commercialization of the Internet and the rise of social media, which in theory should make mass collaboration, today, easier than ever.

Indeed, it is possible that the history of anime, Condry says, holds “lessons we might use for new emergent industries” that can tap into crowdsourcing and collective feedback. As such, Thomas LaMarre, a scholar of Japanese culture at McGill University in Montreal, calls the book “a bold challenge to our understanding of the social side of media.”

And while anime might be a globally exported product, audience participation also makes it a highly personal form of entertainment, Condry adds. Anime might often feature seemingly soulless robots and monsters, but the “soul” of the art form, as Condry sees it, precisely comes from the investment of creative energy that its fans pour into it.

“Anime is imbued with a sense of social energy,” Condry says.