Married men who spend more time doing traditionally female household tasks—including cooking, cleaning, and shopping—report having less sex than husbands who don't do as much, according to a new study in the February issue of the American Sociological Review.

"Our findings suggest the importance of socialized gender roles for sexual frequency in heterosexual marriage," said Sabino Kornrich, the study's lead author and a junior researcher at the Center for Advanced Studies at the Juan March Institute in Madrid. "Couples in which men participate more in housework typically done by women report having sex less frequently. Similarly, couples in which men participate more in traditionally masculine tasks—such as yard work, paying bills, and auto maintenance—report higher sexual frequency." 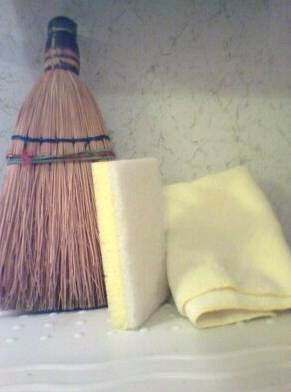 The study, "Egalitarianism, Housework, and Sexual Frequency in Marriage," which considers heterosexual married couples in the United States, relies on nationally representative data from the National Survey of Families and Households. Men in the study reported having had sex an average of 5.2 times in the month prior to the survey while women reported 5.6 times on average. But, both men and women in couples with more gender-traditional divisions of household labor reported having had more sex than those with more egalitarian divisions.

"The results suggest the existence of a gendered set of sexual scripts, in which the traditional performance and display of gender is important for creation of sexual desire and performance of sexual activity," said Kornrich, who co-authored the study with two University of Washington researchers, Julie Brines, an associate professor of sociology, and Katrina Leupp, a doctoral candidate in sociology.

The researchers also investigated, and ultimately ruled out, a number of other possible explanations for their findings. For example, they explored the possibility that couples with more traditional divisions of labor had more sex because the husbands in those relationships were sexually coercive. "Wives' reported satisfaction with their sex life has the same relationship to men's participation in household labor as sexual frequency," Kornrich said. "Had satisfaction with sex been low, but frequency high, it might have suggested coercion. However, we didn't find that."

In addition, the researchers found that happiness, religion, gender ideology, and a range of other variables did not affect the relationship between more traditional divisions of labor and more frequent sexual activity.

"The importance of gender has declined over time, but it continues to exert a strong influence over individual behaviors, including sexual frequency within marriage," Kornrich said.

But, for husbands who might see the study as justification for not cooking, cleaning, shopping, or performing other traditionally female household tasks, Kornrich issued a warning. "Men who refuse to help around the house could increase conflict in their marriage and lower their wives' marital satisfaction," he said. "Earlier research has found that women's marital satisfaction is indeed linked to men's participation in overall household labor, which encompasses tasks traditionally done by both men and women."