Owl Mystery Unravelled: Scientists Explain How Bird Can Rotate Its Head Without Cutting Off Blood

Medical illustrators and neurological imaging experts at Johns Hopkins have figured out how night-hunting owls can almost fully rotate their heads - by as much as 270 degrees in either direction - without damaging the delicate blood vessels in their necks and heads, and without cutting off blood supply to their brains. 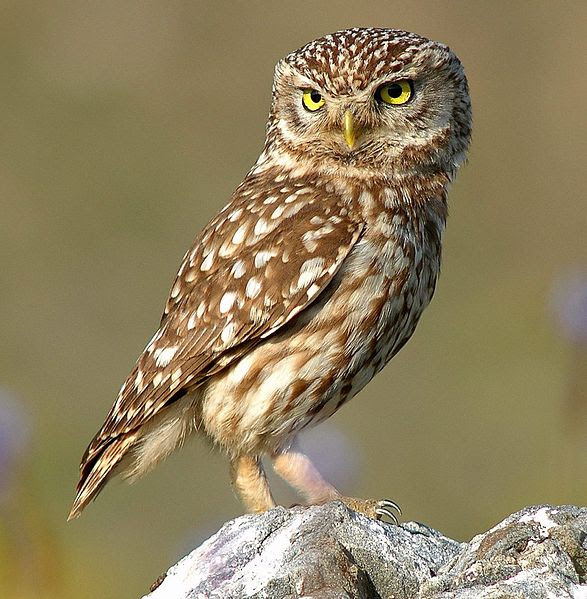 In what may be the first use of angiography, CT scans and medical illustrations to examine the anatomy of a dozen of the big-eyed birds, the Johns Hopkins team, led by medical illustrator Fabian de Kok-Mercado, M.A., a recent graduate student in the Department of Art as Applied to Medicine, found four major biological adaptations designed to prevent injury from rotational head movements. The variations are all to the strigid animals' bone structure and vascular network needed to support its top-heavy head. The team's findings are acknowledged in the Feb.1 issue of the journal Science, as first-place prize winners in the posters and graphics category of the National Science Foundation's 2012 International Science & Engineering Visualization Challenge.

"Until now, brain imaging specialists like me who deal with human injuries caused by trauma to arteries in the head and neck have always been puzzled as to why rapid, twisting head movements did not leave thousands of owls lying dead on the forest floor from stroke," says study senior investigator and interventional neuroradiologist Philippe Gailloud, M.D. "The carotid and vertebral arteries in the neck of most animals - including owls and humans - are very fragile and highly susceptible to even minor tears of the vessel lining," adds Gailloud, an associate professor in the Russell H. Morgan Department of Radiology at the Johns Hopkins University School of Medicine. 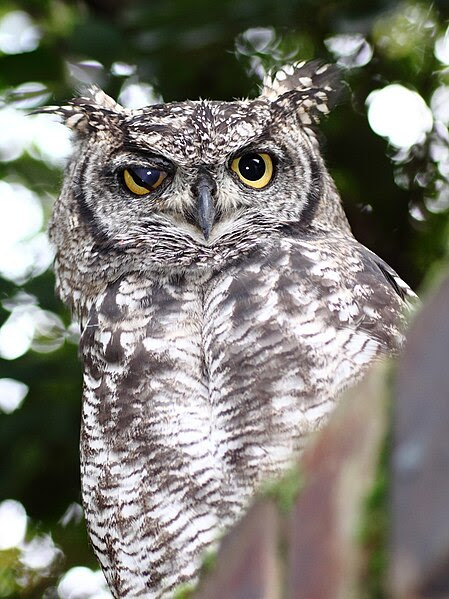 Sudden gyrations of the head and neck in humans have been known to stretch and tear blood vessel linings, producing clots that can break off and cause a deadly embolism or stroke. Researchers say these injuries are commonplace, often resulting from whiplashing car accidents, but also after jarring roller coaster rides and chiropractic manipulations gone awry.

To solve the puzzle, the Johns Hopkins team studied the bone structure and complex vasculature in the heads and necks of snowy, barred and great horned owls after their deaths from natural causes. An injectible contrast dye was used to enhance X-ray imaging of the birds' blood vessels, which were then meticulously dissected, drawn and scanned to allow detailed analysis.

The most striking team finding came after researchers injected dye into the owls' arteries, mimicking blood flow, and manually turned the animals' heads. Blood vessels at the base of the head, just under the jaw bone, kept getting larger and larger, as more of the dye entered, and before the fluid pooled in reservoirs. This contrasted starkly with human anatomical ability, where arteries generally tend to get smaller and smaller, and do not balloon as they branch out.

Researchers say these contractile blood reservoirs act as a trade-off, allowing owls to pool blood to meet the energy needs of their large brains and eyes, while they rotate their heads. The supporting vascular network, with its many interconnections and adaptations, helps minimize any interruption in blood flow.

"Our in-depth study of owl anatomy resolves one of the many interesting neurovascular medical mysteries of how owls have adapted to handle extreme head rotations," says de Kok-Mercado, now a scientific illustrator and animator at the Howard Hughes Medical Institute.

Moreover, says Gailloud, "our new study results show precisely what morphological adaptations are needed to handle such head gyrations and why humans are so vulnerable to osteopathic injury from chiropractic therapy. Extreme manipulations of the human head are really dangerous because we lack so many of the vessel-protecting features seen in owls."

The first anatomical variation they discovered was in the owl neck, where one of the major arteries feeding the brain passes through bony holes in the vertebrae. The hollow cavities were approximately 10 times larger in diameter than the vertebral artery traveling through it. The researchers say the extra space in the transverse foraminae, as the holes surrounding the vertebral arteries are known, creates a set of cushioning air pockets that allow the artery to move around when twisted. Twelve of the 14 cervical vertebrae in the owl's neck were found to have this adaptation.

"In humans, the vertebral artery really hugs the hollow cavities in the neck. But this is not the case in owls, whose structures are specially adapted to allow for greater arterial flexibility and movement," says de Kok-Mercado. 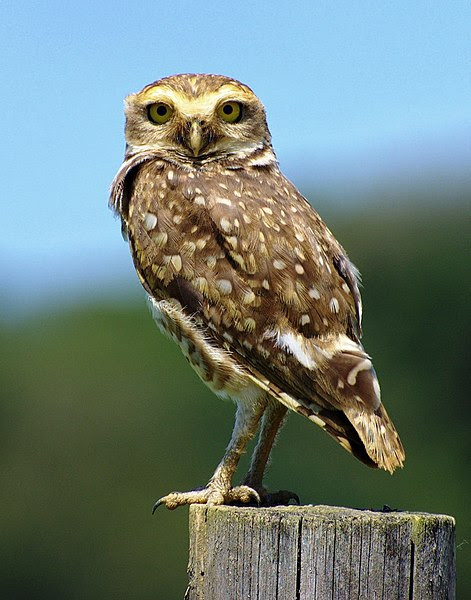 Among de Kok-Mercado and Gailloud's other findings were small vessel connections between the carotid and vertebral arteries - not usually seen in adult humans - that allow blood to be exchanged between the two blood vessels. The researchers say these so-called anastomoses, including a vessel connection called a patent trigeminal artery, allow for uninterrupted blood flow to the brain, even if one route is blocked during extreme neck rotation.

Researchers next plan to examine hawk anatomy to see if other bird species possess the same adaptive features for head rotation.

Funding support for this study was provided by The Johns Hopkins Hospital and the Vesalius Trust for Visual Communication in the Health Sciences.

For additional information, go to: