Though controversial, medical cannabis has been gaining ground as a valid therapy, offering relief to suffers of diseases such as cancer, Post-Traumatic Stress Disorder, ALS and more. The substance is known to soothe severe pain, increase the appetite, and ease insomnia where other common medications fail.

Moshe Roth, a Hadarim resident and participant in the TAU cannabis study.

In 2009, Zach Klein, a graduate of Tel Aviv University's Department of Film and Television Studies, directed the documentary Prescribed Grass. Through the process, he developed an interest in the scientific research behind medical marijuana, and now, as a specialist in policy-making surrounding medical cannabis and an MA student at TAU's Porter School of Environmental Studies, he is conducting his own research into the benefits of medical cannabis.

Using marijuana from a farm called Tikkun Olam — a reference to the Jewish concept of healing the world — Klein and his fellow researchers tested the impact of the treatment on 19 residents of the Hadarim nursing home in Israel. The results, Klein says, have been outstanding. Not only did participants experience dramatic physical results, including healthy weight gain and the reduction of pain and tremors, but Hadarim staff saw an immediate improvement in the participants' moods and communication skills. The use of chronic medications was also significantly reduced, he reports. 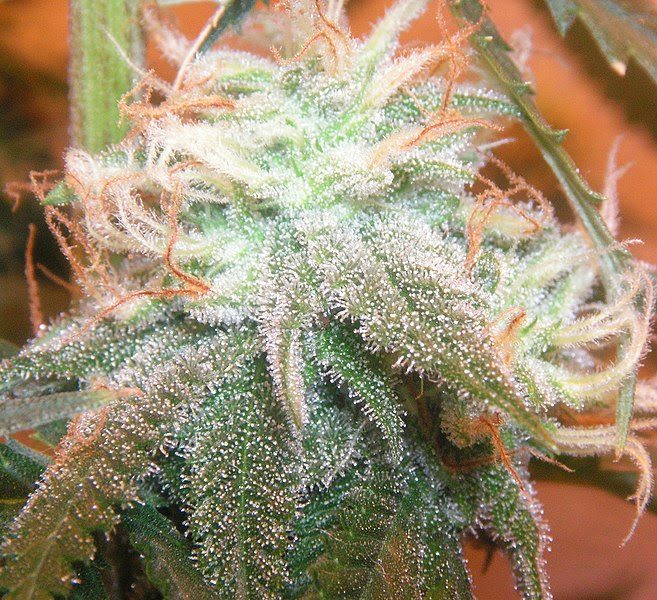 Cutting down on chronic medications

Israel is a world leader in medical cannabis research, Klein says. The active ingredient in marijuana, THC, was first discovered there by Profs. Raphael Mechoulam and Yechiel Gaoni. Prof. Mechoulam is also credited for having defined the endocannabinoid system, which mimics the effects of cannabis and plays a role in appetite, pain sensation, mood and memory.

In the Hadarim nursing home, 19 patients between the ages of 69 and 101 were treated with medical cannabis in the form of powder, oil, vapor, or smoke three times daily over the course of a year for conditions such as pain, lack of appetite, and muscle spasms and tremors. Researchers and nursing home staff monitored participants for signs of improvement, as well as improvement in overall life quality, such as mood and ease in completing daily living activities.

During the study, 17 patients achieved a healthy weight, gaining or losing pounds as needed. Muscle spasms, stiffness, tremors and pain reduced significantly. Almost all patients reported an increase in sleeping hours and a decrease in nightmares and PTSD-related flashbacks.

There was a notable decline in the amount of prescribed medications taken by patients, such as antipsychotics, Parkinson's treatment, mood stabilizers, and pain relievers, Klein found, noting that these drugs have severe side effects. By the end of the study, 72 percent of participants were able to reduce their drug intake by an average of 1.7 medications a day.

This year, Klein is beginning a new study at Israel's Reuth Medical Center with Drs. Jean-Jacques Vatine and Aviah Gvion, in which he hopes to establish a connection between medical cannabis and improved swallowing. One of the biggest concerns with chronically ill patients is food intake, says Klein. Dysphagia, or difficulty in swallowing, can lead to a decline in nutrition and even death. He believes that cannabis, which has been found to stimulate regions of the brain associated with swallowing reflexes, will have a positive impact.

Overall, Klein believes that the healing powers of cannabis are close to miraculous, and has long supported an overhaul in governmental policy surrounding the drug. Since his film was released in 2009, the number of permits for medical cannabis in Israel has increased from 400 to 11,000. His research is about improving the quality of life, he concludes, especially for those who have no other hope.