University of Cincinnati (UC) researchers have found that lightning may affect the onset of headache and migraines.

These results, published in the Jan. 24, 2013 online edition of the journal Cephalalgia, are the first tying lightning to headache and could help chronic sufferers more efficiently anticipate headache and migraine arrival and begin preventive treatment immediately.

Geoffrey Martin, fourth-year medical student at UC, and his father Vincent Martin, MD, professor in the division of general internal medicine, UC Health physician and headache expert, led the study which showed that there was a 31 percent increased risk of headache and 28 percent increased risk of migraine for chronic headache sufferers on days lighting struck within 25 miles of study participant's homes. 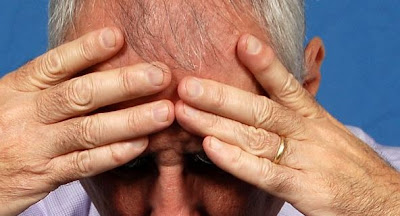 In addition, new-onset headache and migraine increased by 24 percent and 23 percent in participants.

"Many studies show conflicting findings on how weather, including elements like barometric pressure and humidity, affect the onset of headaches," Geoffrey Martin says. "However, this study very clearly shows a correlation between lightning, associated meteorological factors and headaches."

Participants who fulfilled the criteria for International Headache Society-defined migraines were recruited from sites located in Ohio and Missouri and recorded their headache activity in a daily journal for three to six months.

During this time, the location where lightning struck within 25 miles of participant's homes as well as the magnitude and polarity of lightning current was recorded.

"We used mathematical models to determine if the lightning itself was the cause of the increased frequency of headaches or whether it could be attributed to other weather factors encountered with thunderstorms," says Vincent Martin. "Our results found a 19 percent increased risk for headaches on lightning days, even after accounting for these weather factors. This suggests that lightning has its own unique effect on headache."

He says that negatively charged lightning currents were also particularly associated with a higher chance of headache.

"There are a number of ways in which lightning might trigger headaches," he says. "Electromagnetic waves emitted from lightning could trigger headaches. In addition, lightning produces increases in air pollutants like ozone and can cause release of fungal spores that might lead to migraine."

"This study gives some insight into the tie between headaches or migraines, lightning and other meteorologic factors," says Geoffrey Martin. "However, the exact mechanisms through which lightning and/or its associated meteorologic factors trigger headache are unknown, although we do have speculations. Ultimately, the effect of weather on headache is complex, and future studies will be needed to define more precisely the role of lightning and thunderstorms on headache."

The study was funded by GlaxoSmithKline.