Prehistoric period of human history distinguished by the development of the most primitive stone tools discovered, and covers roughly 99% of human technological prehistory. Neolithic period marks with the rise of farming, which produced the "Neolithic Revolution", and ending when metal tools becoming widespread in the Copper Age (chalcolithic) or Bronze Age developing directly into the Iron. These discoveries are all paleolithic and come prior to the rise of farming. 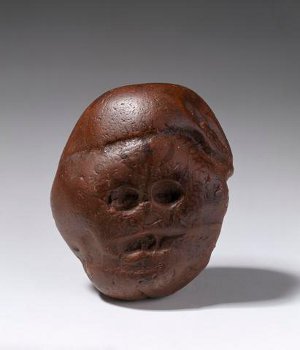 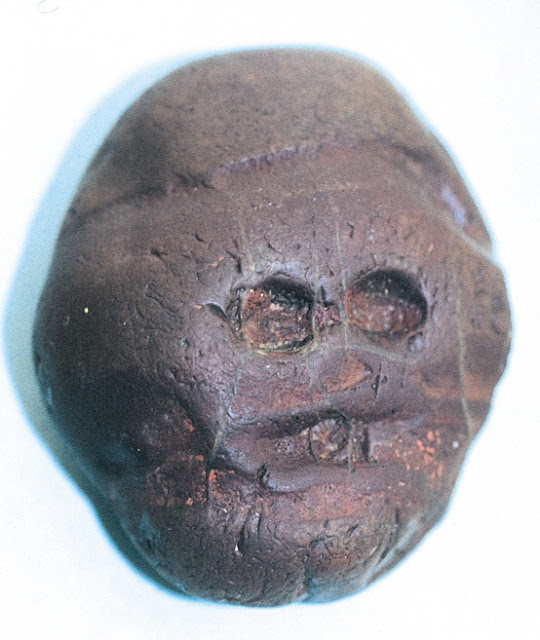 Acheulian Goddess - The Great Mother, most ancient goddess, shaped from rock by our ancestors 1/4 million to 3/4 million years ago

Abalone Shell Credit: Science/AAAS Archaeologists in South Africa uncovered two 100,000-year-old abalone shells and assorted bones and stones that served a toolkits to make some sort of ochre-based compound. The mixture may have been used as a paint or adhesive. It's the oldest evidence of humans making a complex compound, and even the oldest evidence of humans using containers. 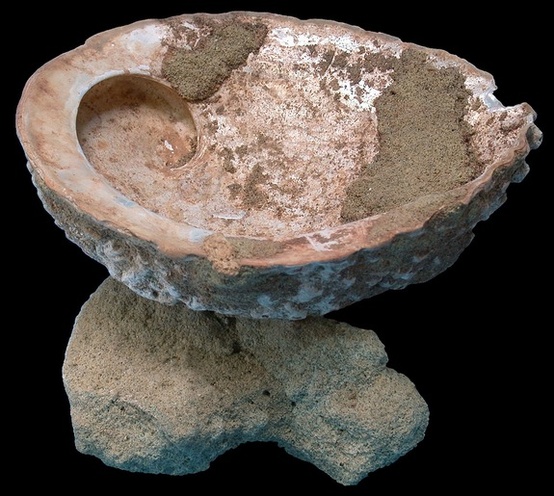 "A coating of bright red powder on the insides of a pair of 100,000-year-old abalone shells is evidence of the oldest known art workshop, a new study says. The powder was found inside two shells in Blombos Cave near Still Bay, South Africa (map). The substance is the dried remains of a primitive form of paint made by combining colorful clay called ochre, crushed seal bones, charcoal, quartzite chips, and a liquid, such as water. " 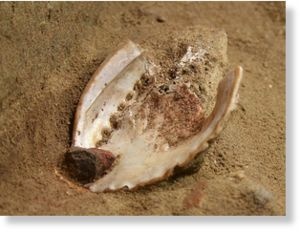 "The oldest known bedding - sleeping mats made of mosquito-repellant evergreens that are about 77,000 years old - has been discovered in a South African cave. This use of medicinal plants, along with other artifacts at the cave, helps reveal how creative these early peoples were, researchers said"

These paintings of seals were discovered in the Nerja Caves near Malaga, Spain. They are at least 42,000 years old and are the only known artistic images created by Neanderthal man


"The photo shows a rock bearing one of the 40,000-year-old hand pattern engravings, which have recently been discovered in the Teimareh region near the city of Khomein in Central Province." 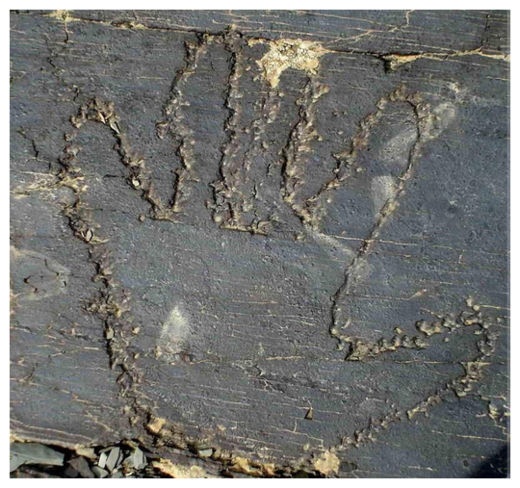 Paleolithic Symbols: A ground-breaking study by Genevieve von Petzinger shows that dots, lines and other geometric signs found in prehistoric European caves may be the precursor to an ancient system of written communication dating back nearly 30,000 years. Von Petzinger and anthropology professor April Nowell compiled the markings from 146 different sites in Ice Age France, making it possible to compare the signs on a larger scale than had ever previously been attempted. Click through for story


Ivory carving of Horse, Vogelherd cave, Germany, from about 33,000 BCE. Some of the oldest art ever found.

Lion Man dated 32,000 BC. Upper paleolithic.  Lionheaded Figurine discovered in a cave in Germany. From circa 30,000 BC.


Paleolithic Art, Roucadour cave Themines, Quercy, Lot, France. Attributed to the oldest phase of Paleolithic Art in Quercy, c. 28,000-24,000 years BP. All known prehistoric sites that have been discovered, have trails that lead to near and distant hematite deposits. Historians have deduced that the impetus behind all mining activities was a need for ochre pigments. Cave dwellers might have traveled as far as 25 miles to obtain iron earth pigments for their paint in the Lascaux area. The first paintings were cave paintings. Ancient peoples decorated walls of protected caves with paint made from dirt or charcoal mixed with spit or animal fat. 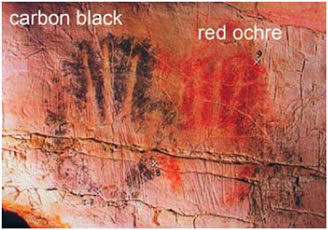 Articulated figure, also made of mammoth ivory; around 26,000 years old. Found near Brno in the Czech Republic, was buried beside the body of a man in his 40s. "The ivory figurine has a strange spectral face," says Jill Cook, of British Museum, "while at the bottom of head, there is a little hollow that would have allowed head to rotate. Similarly, its arms could have come up & down. The legs – which are missing – probably did the same. As to its purpose? This was a puppet, the world's oldest." 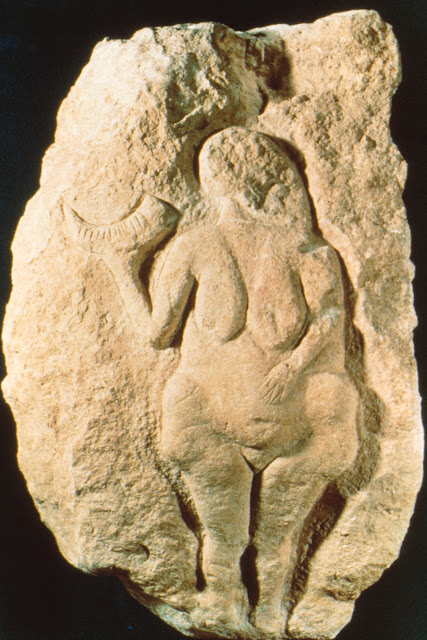 Palaeolithic Venus of Lespugue 25000BC 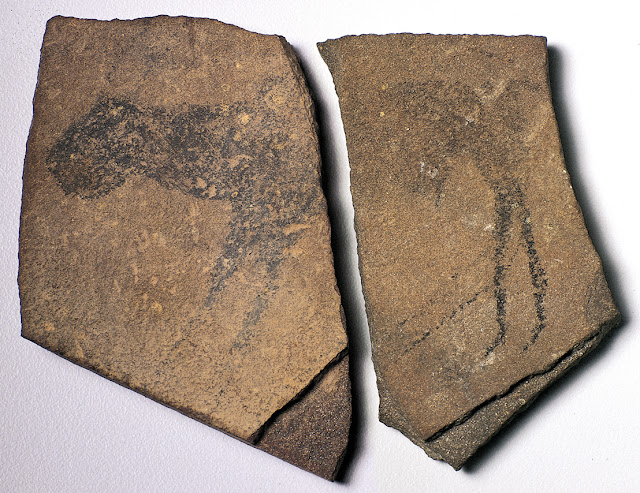 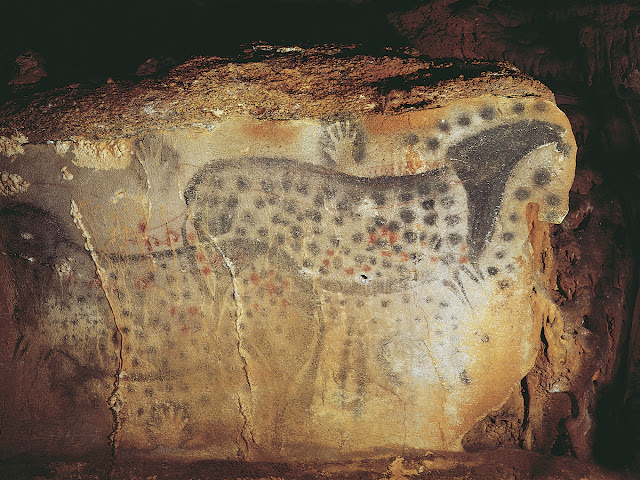 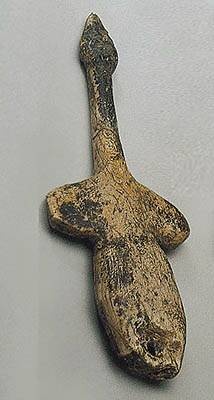 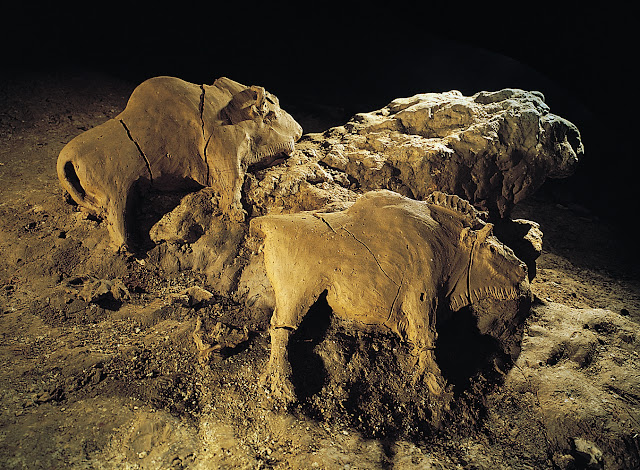 Venus of Hohle Fels. Woolly mammoth tusk. Venus figurine found in 2008 near Schelklingen, Germany. It is dated to between 35.000 & 40000 years ago. It is the oldest undisputed example of Upper Paleolithic art and figurative prehistoric art in general. 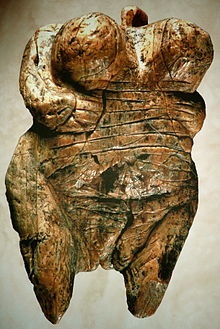 Venus of brown ivory (ca. 27,000/20,000 BCE) found in the caves of Balzi Rossi, on the border between Liguria and France. It's a nearly complete female figurine made from partially fossilized ivory and measures about 7 cm (2.63 inches) high.

The date and origin of the first device of disputed status as a musical instrument dates back as far as 67,000 years old. In July 1995, Slovenian archaeologist Ivan Turk discovered a bone carving in the northwest region of Slovenia. The carving, named the Divje Babe flute, features four holes that could have been used to play four notes of a diatonic scale. Researchers estimate the flute’s age to be 67,000 years old, making it the oldest known musical instrument in Neanderthal culture


Neanderthal flute made ​​of bone, 55.000 years old, found in Slovenia 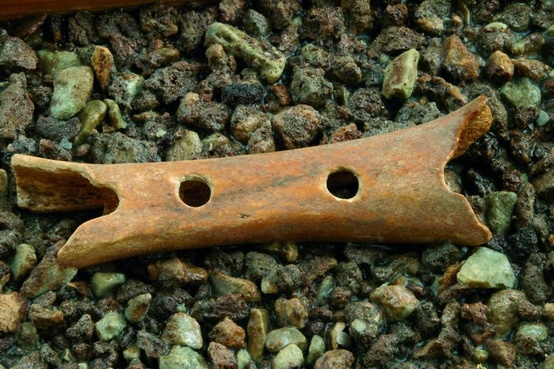 The Native American flute has been reported to be the third oldest known musical instrument in the world, with bone flutes dating back over 60,000 years.


The 'Old man of La Chapelle' was recreated from the skull and jaw of a male found near La Chapelle-aux-Saints, in France in 1908. He lived 56,000 years ago. His skeleton indicated he suffered a number of illness including arthritis and had numerous broken bones. This was not noticed when he was first discovered and gave rise to the mistaken belief that neanderthal man was a hunched individual. His relatively old age of between 40 to 50 indicates he was looked after by a clan