Supplementing children’s diets with fish oil, enrolling them in quality preschool, and engaging them in interactive reading all turn out to be effective ways to raise a young child’s intelligence, according to a new report published in Perspectives on Psychological Science, a journal of the Association for Psychological Science. 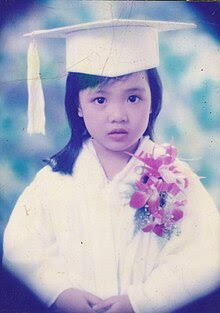 Using a technique called meta-analysis, a team led by John Protzko, a doctoral student at the NYU Steinhardt School of Culture, Education, and Human Development, combined the findings from existing studies to evaluate the overall effectiveness of each type of intervention. In collaboration with NYU Steinhardt professors Joshua Aronson and Clancy Blair, leaders in the field of intelligence, Protzko analyzed the best available studies involving samples of children from birth and kindergarten from their newlyassembled “Database of Raising Intelligence.”

“Our aim in creating this database is to learn what works and what doesn’t work to raise people’s intelligence,” said Protzko. “For too long, findings have been disconnected and scattered throughout a wide variety of journals. The broad consensus about what works is founded on only two or three very high-profile studies.”

All of the studies in this database rely on a normal population (participants without clinical diagnoses of intellectual disabilities), focus on interventions that are sustained over time, use widely accepted measures of intelligence, and, most importantly, are randomly controlled trials (participants selected at random to receive one of the interventions).

“The larger goal here is to understand the nature of intelligence, and if and how it can be nurtured at every stage of development,” said Aronson, Protzko’s advisor. “This is just a first step in a long process of understanding. It is by no means the last word. In fact, one of the main conclusions is how little high quality research exists in the field and how much more needs to be done.”

Overall, the results of the meta-analyses indicated that certain dietary and environmental interventions can be effective in raising children’s IQ.

Supplementing pregnant women and newborns with long-chain polyunsaturated fatty acids, foods rich in Omega-3, were found to boost children’s IQ by more than 3.5 points. These essential fatty acids may help raise intelligence by providing the building blocks for nerve cell development that the body cannot produce on its own.

There is insufficient research, however, to determine whether other types of supplements — including iron, B-complex vitamins, riboflavin, thiamine, niacin, and zinc — have beneficial effects on intelligence.

The researchers hypothesize that early education interventions may help to raise children’s IQ by increasing their exposure to complex environments that are cognitively stimulating and demanding. It’s not clear, however, whether these results apply more broadly to kids from different socioeconomic backgrounds.

Surprisingly, Protzko, Aronson, and Blair found no evidence to support the idea that early education interventions that take place earlier in childhood are more effective than those that begin later.

Interventions focused on interactive reading — teaching parents how to engage their children while reading with them — were found to raise children’s IQ by over 6 points. These interventions do not seem to have an effect for children over 4 years old, suggesting that the interventions may accelerate language development, which, in turn, boosts IQ.

Sending a child to preschool was found to raise his or her IQ by more than four points, and preschools that include a language development component were found to boost IQ by more than seven points. The link between preschool and intelligence could be a function of increased exposure to language or the result of the overall cognitive complexity of the preschool environment.

“Our current findings strengthen earlier conclusions that complex environments build intelligence, but do cast doubt on others, including evidence that earlier interventions are always most effective,” Protzko explained. “Overall, identifying the link between essential fatty acids and intelligence gives rise to tantalizing new questions for future research and we look forward to exploring this finding.”