A few years ago, manufacturers of water bottles, food containers, and baby products had a big problem. A key ingredient of the plastics they used to make their merchandise, an organic compound called bisphenol A, had been linked by scientists to diabetes, asthma and cancer and altered prostate and neurological development. The FDA and state legislatures were considering action to restrict BPA's use, and the public was pressuring retailers to remove BPA-containing items from their shelves. 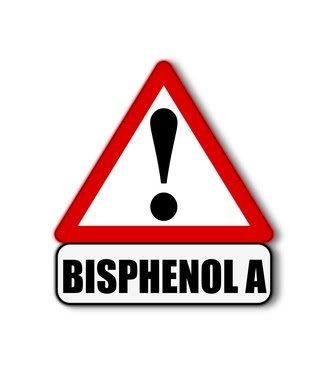 The industry responded by creating "BPA-free" products, which were made from plastic containing a compound called bisphenol S. In addition to having similar names, BPA and BPS share a similar structure and versatility: BPS is now known to be used in everything from currency to thermal receipt paper, and widespread human exposure to BPS was confirmed in a 2012 analysis of urine samples taken in the U.S., Japan, China and five other Asian countries.

According to a study by University of Texas Medical Branch at Galveston researchers, though, BPS also resembles BPA in a more problematic way. Like BPA, the study found, BPS disrupts cellular responses to the hormone estrogen, changing patterns of cell growth and death and hormone release. Also like BPA, it does so at extremely low levels of exposure.

"Our studies show that BPS is active at femtomolar to picomolar concentrations just like endogenous hormones —that's in the range of parts per trillion to quadrillion," said UTMB professor Cheryl Watson, senior author of a paper on the study now online in the advance publications section of Environmental Health Perspectives. "Those are levels likely to be produced by BPS leaching from containers into their contents."

Watson and graduate student René Viñas conducted cell-culture experiments to examine the effects of BPS on a form of signaling that involves estrogen receptors — the "receivers" of a biochemical message — acting in the cell's outer membrane instead of the cell nucleus. Where nuclear signaling involves interaction with DNA to produce proteins and requires hours to days, membrane signaling (also called "non-genomic" signaling) acts through much quicker mechanisms, generating a response in seconds or minutes.

Watson and Viñas focused on key biochemical pathways that are normally stimulated when estrogen activates membrane receptors. One, involving a protein known as ERK, is linked to cell growth; another, labeled JNK, is tied to cell death. In addition, they examined the ability of BPS to activate proteins called caspases (also linked to cell death) and promote the release of prolactin, a hormone that stimulates lactation and influences many other functions.

"These pathways form a complicated web of signals, and we're going to need to study them more closely to fully understand how they work," Watson said. "On its own, though, this study shows us that very low levels of BPS can disrupt natural estrogen hormone actions in ways similar to what we see with BPA. That's a real cause for concern."


This research was supported by the Passport Foundation and the National Institutes of Health.
on January 22, 2013