The discovery of the first Dead Sea Scrolls in a remote Judean Desert cave in 1947 is widely considered the greatest archaeological event of the twentieth century. Bedouin treasure hunters and archaeologists ultimately found the remains of hundreds of ancient scrolls. These fragile pieces of parchment and papyrus, including the oldest existing copies of the Hebrew Bible, were preserved for two thousand years by the hot, dry desert climate and the darkness of the caves where they were placed. The scrolls provide an unprecedented picture of the diverse religious beliefs of ancient Judaism, and of daily life during the turbulent Second Temple period when Jesus lived and preached.

The Dead Sea Scrolls are available on a joint Israel Antiquities Authority and Google website.

GENESIS
Among the oldest known copies of Genesis, the fragment of the Scroll shown here contains the description of the first three days of the creation of the world. 4Q Genesisg
Date: 100–1 bce, Late Hasmonean Period, Language: Hebrew 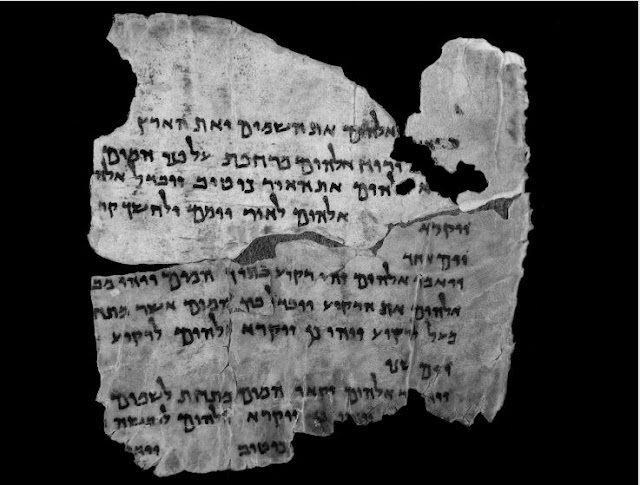 This small scroll preserves one of the earliest known copies of the “Ten Commandments” (the Decalogue), a central dogma in Judaism and Christianity, and the majestic description of their divine revelation at Mount Sinai.

“I am the Lord your God who took you out of the Land of Egypt out of the house of bondage. You are to have no other gods but me.”— DEUTERONOMY 5:6-7 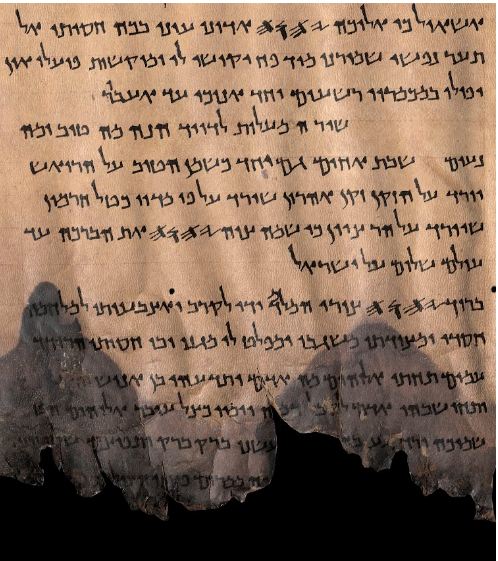 “How good and pleasant it is when God’s people live together in unity”
— PSALMS 133:1

This book of Psalms is one of the best preserved biblical scrolls, containing 48 psalms, including 7 that are not found in the standard Masoretic version of the Bible. An additional prose passage provides one of the most ancient references to King David as the composer of the book of Psalms: “and David, the son of Jesse, was wise, and a light like the light of the sun... And he wrote 3,600 psalms.” Psalm 133, shown here, praises peace and togetherness. 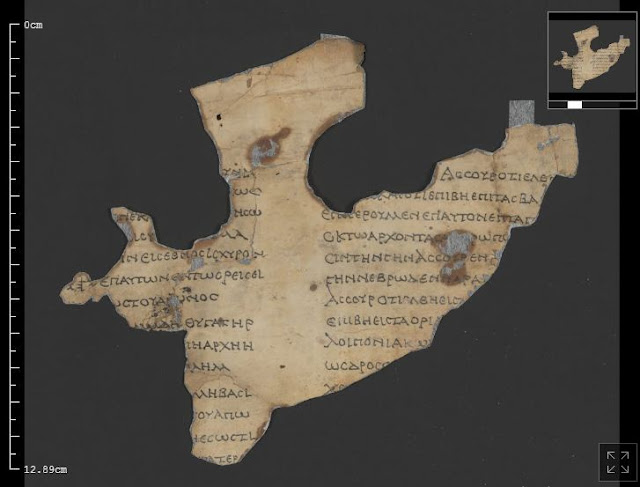 The “Twelve Minor Prophets” scrolls from the Judean Desert offer early evidence for the compilation of these short prophetic books into a single literary work. This particular fragment, from a Greek translation of the Minor Prophets discovered in the Cave of Horror at Nahal Hever, contains a prophecy of Micah about the End of Days and the rise of a ruler out of Bethlehem.

Non-biblical texts discovered among the Dead Sea Scrolls offer us a tantalizing glimpse of life during the Second Temple period and the opportunity to understand the attitudes, desires and aspirations of the people of that time. Most of the scrolls from the Qumran caves are religious writings from the Second Temple period. Some of these reflect the life and philosophy of a distinctive group that called itself the “Yahad” (“Community”). At other sites, the major finds were administrative and personal documents dating from the catastrophic Judean revolt against Rome in 132–135 ce. 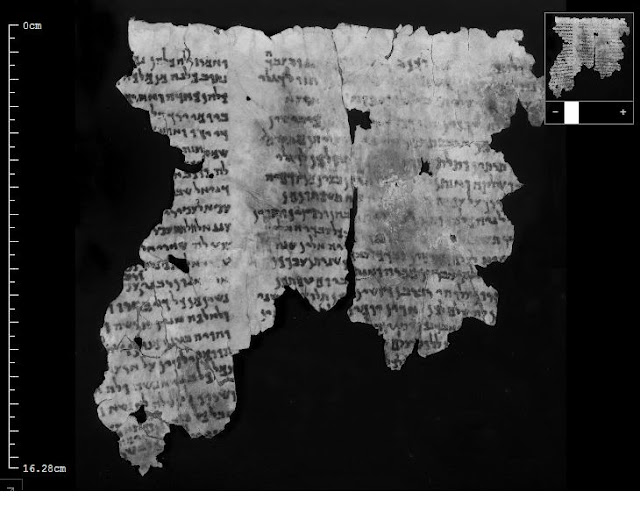 The book of Enoch was not included in the canon of the Hebrew Bible. It tells of Enoch, the great-grandfather of Noah, who lived for 365 years and “walked with God”. The displayed fragment describes the heavenly revolt of the fallen angels, and their descent to earth to cohabit with the daughters of men and to reveal secret knowledge to mankind, a story hinted at in Gen. 6:1-4. 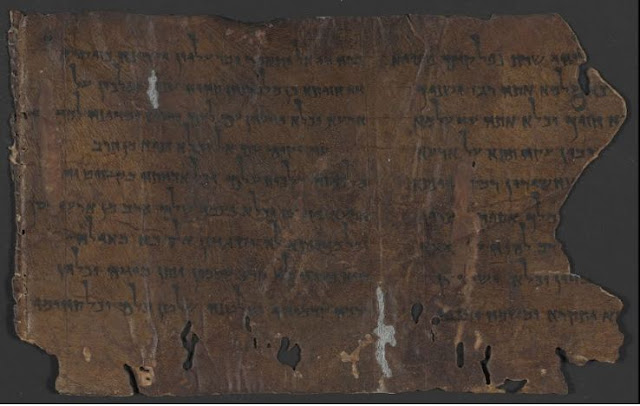 The Dead Sea Scrolls contain extensive apocalyptic literature relating to the final messianic battle at the End of Days. The Aramaic Apocryphon of Daniel describes either a messianic figure or a boastful ruler that will arise as “Son of God” or “Son of the Most High”, like the apocalyptic redeemer in the biblical book of Daniel. The text calls to mind the New Testament proclamation of the angel Gabriel concerning the new-born Jesus: “He will be great, and will be called the Son of the Most High… ”
(Luke 1:32) 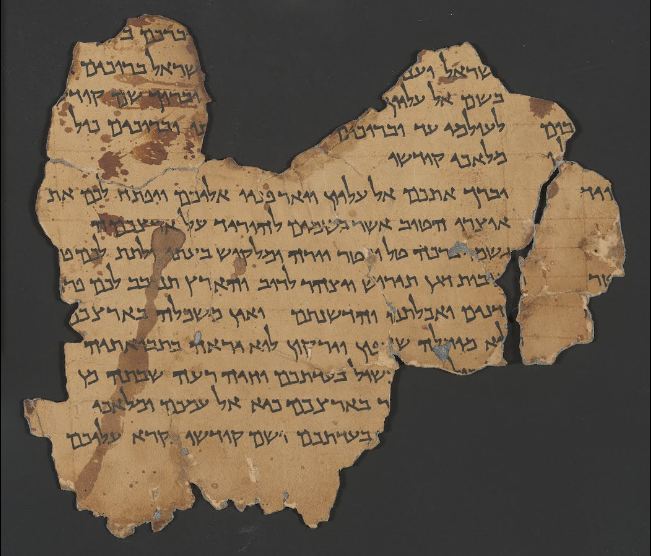 The Book of War details an apocalyptic 40-year battle between the forces of good and evil. This fragment preserves a blessing to be recited by the leader of the surviving community upon their victory in the final battle, at the end of time: “God Most High will bless you and shine his face upon you, and he will open for you his rich storehouse in the heavens.” God and his holy angels will bestow abundance and fertility upon the holy congregation, and protect them from plagues and wild animals.