Backyard stargazers get a monthly guide to the northern hemisphere's skywatching events with "Tonight's Sky." In January, look for the constellation Auriga, pictured as a goat herder by the Greeks and Romans 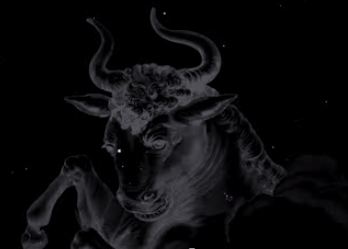 "Tonight's Sky" is produced by HubbleSite.org, online home of the Hubble Space Telescope.

This is a recurring show, and you can find more episodes — and other astronomy videos — at HubbleSite.org.

Appearing high in the southeast after sunset, Jupiter, king of the planets, blazes majestically throughout the winter night.

A telescope shows dark bands cutting across the planet.

The winter sky is filled with brilliant stars.

An ancient constellation, Auriga was pictured as a goat herder by the Greeks and Romans. Auriga is a beautiful circlet of jeweled stars, gracing the sky overhead. Capella, the sixth-brightest star in the sky, is a double star. The two stars are yellow stars like our own Sun, but they are about 10 times larger and 50 and 80 times brighter.

Near Auriga is the large constellation Taurus, the Bull. In Greek legend, this group of stars represented Zeus in the disguise of a white bull with golden horns. His eye is the orange Aldebaran, a red-giant star nearing the end of its life. The Bull’s V-shaped head is created by the Hyades, a beautiful cluster of stars, easily seen with the naked eye.

The Pleiades star cluster lies near the head of the Bull. Large and bright, this star cluster is the best known in the sky and is often called “the Seven Sisters.” The unaided eye can see just six or seven stars, but the Pleiades cluster contains over 250. Binoculars showcase the cluster at its best. The stars in this stellar swarm are hot and young. A dusty cloud through which
they are passing reflects their blue light.

Saturn rises well after midnight and moves into the southeastern sky before dawn. The planet’s majestic rings appear in the sights of a small telescope.

The Quadrantid meteor shower peaks on the night spanning January 3rd and 4th. Those who brave the cold might see up to 40 meteors per hour, although moonlight will make faint meteors harder to spot.