Magnesium Oxide: From Earth To Super-Earth

The mantles of Earth and other rocky planets are rich in magnesium and oxygen. Due to its simplicity, the mineral magnesium oxide is a good model for studying the nature of planetary interiors. New work from a team led by Carnegie's Stewart McWilliams studied how magnesium oxide behaves under the extreme conditions deep within planets and found evidence that alters our understanding of planetary evolution. It is published November 22 by Science Express.

Magnesium oxide is particularly resistant to changes when under intense pressures and temperatures. Theoretical predictions claim that it has just three unique states with different structures and properties present under planetary conditions: solid under ambient conditions (such as on the Earth's surface), liquid at high temperatures, and another structure of the solid at high pressure. The latter structure has never been observed in nature or in experiments.

Artist's concept of a super-Earth 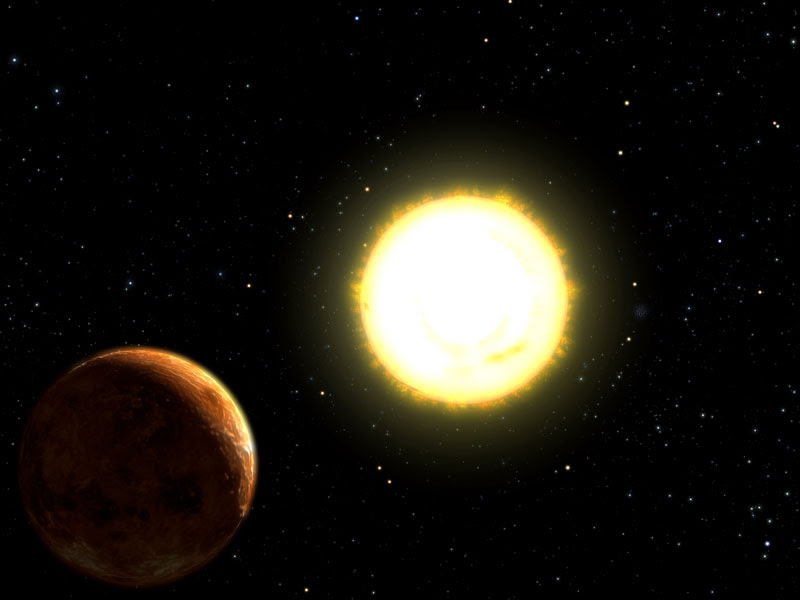 McWilliams and his team observed magnesium oxide between pressures of about 3 million times normal atmospheric pressure (0.3 terapascals) to 14 million times atmospheric pressure (1.4 terapascals) and at temperatures reaching as high as 90,000 degrees Fahrenheit (50,000 Kelvin), conditions that range from those at the center of our Earth to those of large exo-planet super-Earths. Their observations indicate substantial changes in molecular bonding as the magnesium oxide responds to these various conditions, including a transformation to a new high-pressure solid phase.

Drawing from these and other recent observations, the team concluded that while magnesium oxide is solid and non-conductive under conditions found on Earth in the present day, the early Earth's magma ocean might have been able to generate a magnetic field. Likewise, the metallic, liquid phase of magnesium oxide can exist today in the deep mantles of super-Earth planets, as can the newly observed solid phase.

"Our findings blur the line between traditional definitions of mantle and core material and provide a path for understanding how young or hot planets can generate and sustain magnetic fields," McWilliams said.

"This pioneering study takes advantage of new laser techniques to explore the nature of the materials that comprise the wide array of planets being discovered outside of our Solar System," said Russell Hemley, director of Carnegie's Geophysical Laboratory. "These methods allow investigations of the behavior of these materials at pressures and temperatures never before explored experimentally."

The experiments were carried out at the Omega Laser Facility of the University of Rochester, which is supported by DOE/NASA. The research involved a team of scientists from University of California Berkley and Lawrence Livermore National Laboratory.


Artist's impression of a super-Earth 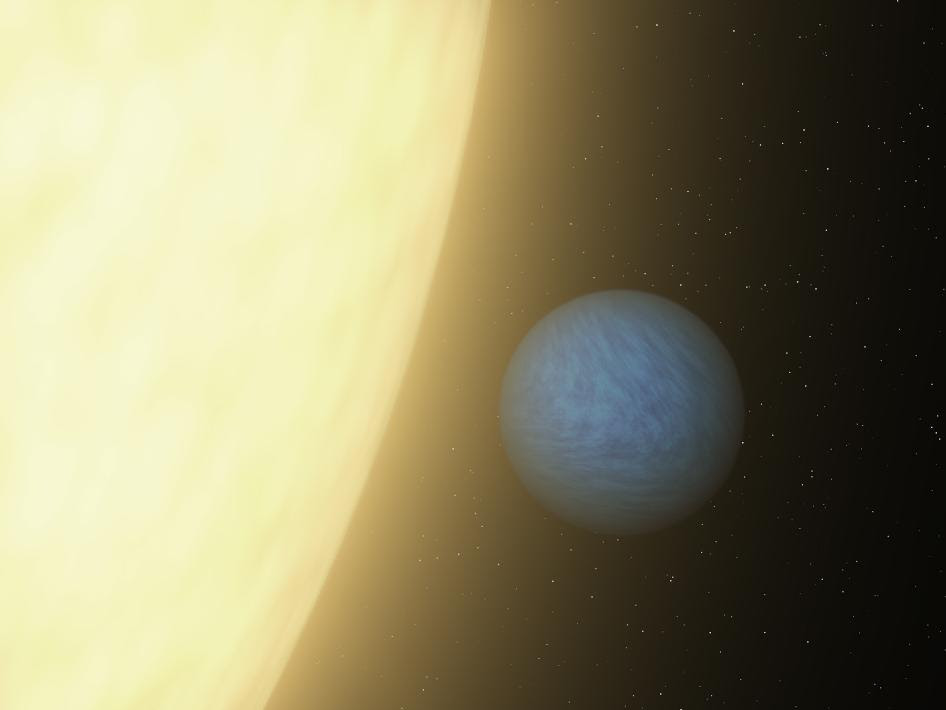 This work was supported by the Department of Energy, the U.S. Army Research Office, A Krell Institute graduate fellowship, the DOE/NNSA National Laser User Facility Program, the Miller Institute for Basic Research in Science, and the University of California.

The Carnegie Institution for Science is a private, nonprofit organization headquartered in Washington, D.C., with six research departments throughout the U.S. Since its founding in 1902, the Carnegie Institution has been a pioneering force in basic scientific research. Carnegie scientists are leaders in plant biology, developmental biology, astronomy, materials science, global ecology, and Earth and planetary science.