Free Electricity From Living Plants Through Interplay Of Roots And Microbes

An unexpected source of new, clean energy has been found: the Plant-Microbial Fuel Cell that can generate electricity from the natural interaction between living plant roots and soil bacteria. The technique already works on a small scale and will soon be applied in larger marshland areas throughout the world. On 23 November, researcher Marjolein Helder will defend her PhD research on generating electricity via plants at Wageningen University, part of Wageningen UR. She has also founded a spin-off company called Plant-e with her colleague David Strik.

The Plant-Microbial Fuel Cell draws electricity from the soil while the plants continue to grow. Plants produce organic material via photosynthesis. The roots excrete up to 70 % of this material (unused) into the soil. Bacteria around the roots break down the organic residue, thereby forming a new source of electricity. The degradation processes causes electrons to be released. Marjolein Helder and her colleagues placed an electrode close to the bacteria to absorb these electrons and generate electricity via the potential difference thus created.

Plant-e is a company that develops and produces products in which living plants generate electricity. The company was founded on September 14, 2009 as a spin-off from the sub-department of Environmental Technology of Wageningen University by David Strik and Marjolein Helder. Both David and Marjolein work part-time as researcher and part-time as entrepreneur to develop fundamental technology and products based on the technology at the same time. Start the movie to have a look into our world.

Plant-Microbial Fuel Cells can be used on various scales. Initially on flat roofs or in remote areas in developing countries and later, when larger effective surface areas become feasible, central grids can be realised in areas of marshland. The researcher thinks that green energy-producing roofs will become a reality within a few years and production on a larger scale will follow suit soon after 2015. Although the technology is promising, it is not yet fully developed. Techniques for making the system renewable and sustainable still need improvement, and ways must be found to limit the amount of material used by the electrodes. Placing the electrodes in the optimum position around the plant causes electricity production to rise and material use to drop by two-thirds. In remote areas, the current capacity of Plant-Microbial Fuel Cell is already making them an economic rival for solar panels.

Marjolein Helder’s PhD research did not only focus on the technical aspects of the Plant-Microbial Fuel Cell, but also on how the technology could be integrated into society. It appears that this new renewable source is economically viable, will curb the pressure on the environment and is likely to be socially acceptable. It does not pollute the horizon (like wind turbines or ugly solar panels), does not interfere with nature (like dams) and the system does not compete with agricultural land in the debate on food and biofuels.

The Plant-Microbial Fuel Cell principle was discovered and patented in 2007 by the Environmental Technology Group at Wageningen University. Bert Hamelers conceived the concept, and David Strik carried out the first tests. Larger projects followed, such as the EU PlantPower project. 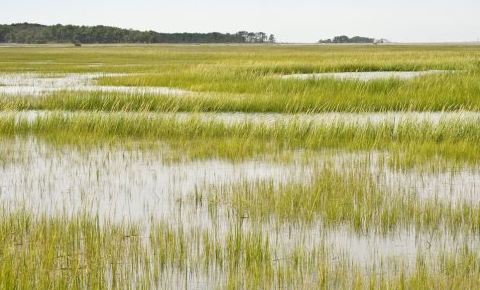 The researcher say green roofs can be supplying electricity in a few years, and future for large scale production is not far away and is possible by 2015. The technique is promising but not yet fully developed. Improvements are still required to  make it completely renewable and sustainable by improving the materials used for the electrodes. Through the clever placement electrodes around the plants researchers have increased the electrical yield and decreased the consumption of materials by approximately 2/3. The current capacity of the Plant-Microbial Fuel Cell power in remote areas is already economically competitive with solar panels.


Contacts and sources:
Wageningen University and Research Centre
on November 23, 2012