"Who in his wildest dreams could have imagined that, beneath the crust of our Earth, there could exist a real ocean...a sea that has given shelter to species unknown?"

So wrote Jules Verne almost 150 years ago in A Journey to the Center of the Earth. Verne probably couldn't have imagined the diversity of life that researchers observe today under the ocean floor.

Scientists have found that rocks beneath the seafloor are teeming with microbial life. 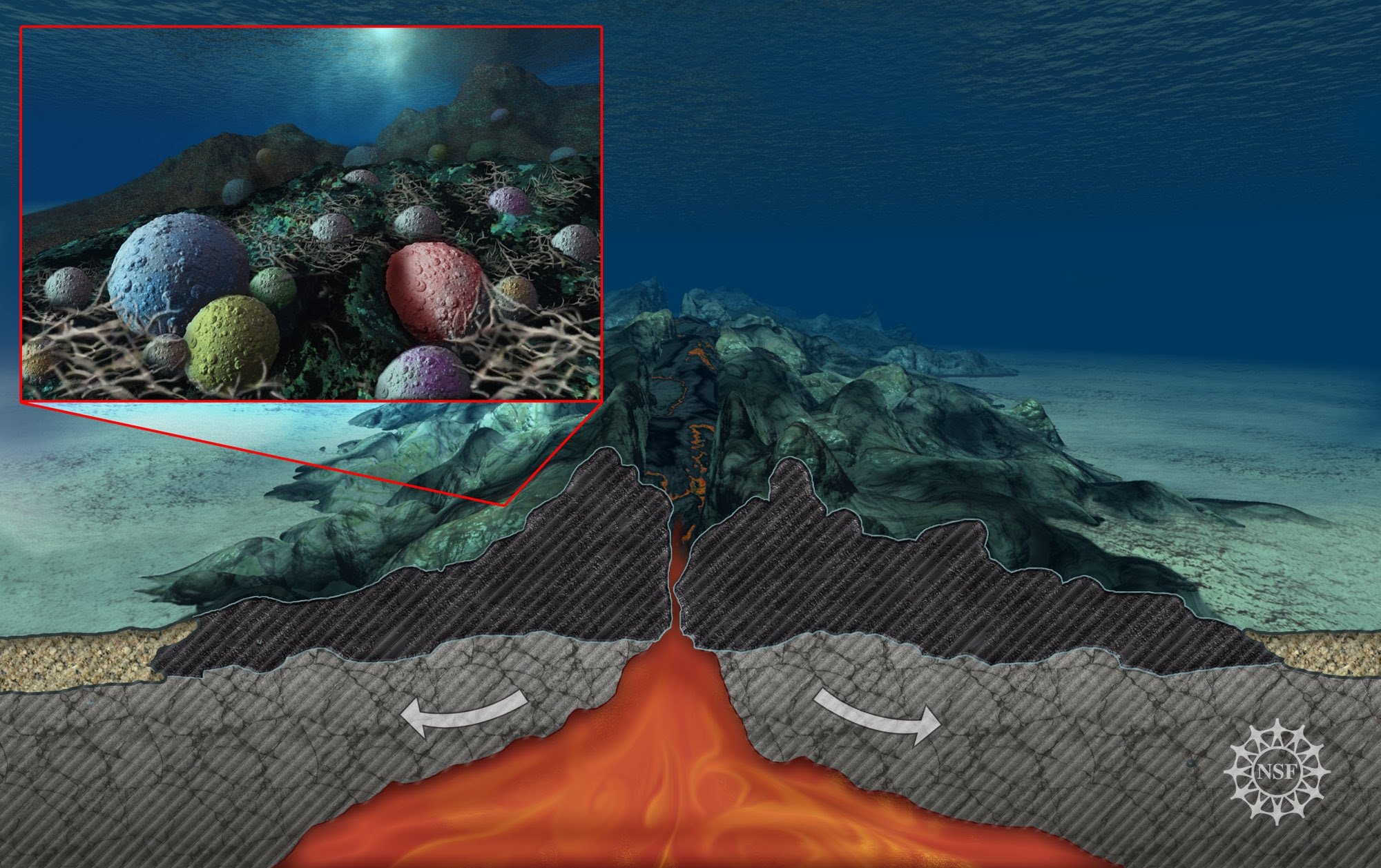 Once considered a barren plain dotted with hydrothermal vents, the seafloor and the crust beneath it are humming with microbial life--with "dark energy," says Katrina Edwards of the University of Southern California, director of C-DEBI.

Seafloor and subseafloor bacteria not only exist, they're more abundant and diverse than previously thought. The bacteria "feed" on the planet's oceanic crust, posing questions about ocean chemistry and the co-evolution of Earth and life.

"We now know that this remote region is teeming with microbes, more so than anyone guessed," says David Garrison, program director in NSF's Division of Ocean Sciences, which funds C-DEBI.

While scientists have estimated that microbes living in deep ocean sediments may represent as much as one-third of Earth's total biomass, the habitable part of the ocean crust may be ten times as great.

"Dark energy" is found in ocean depths: life abounds above and below the seafloor. 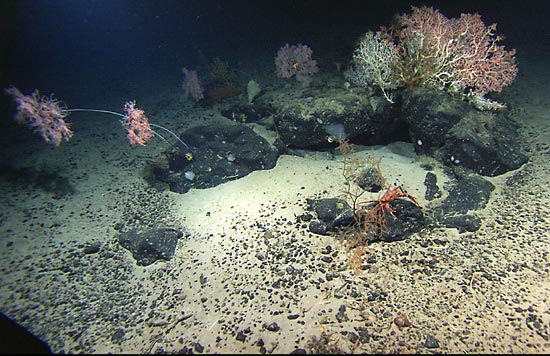 Credit: WHOI
Dark environments appeared to offer little energy for sustaining life. But the abundance of microbes in the subseafloor causes scientists to wonder how long life may have thrived there.

Researchers are working to answer such questions as:

What is the nature of subseafloor microbial communities, and what is their role in the alteration of young ocean crust?


A recovery tool for sea-floor equipment rises through the ship's moonpool. 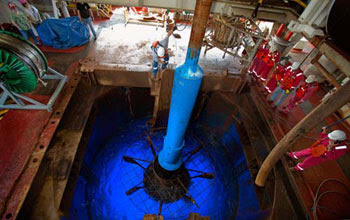 Credit: IODP/USIO
Are these communities unique, especially in comparison with seafloor and sedimentary communities?

Where do microbes in the ocean crust come from--sediment, rock, seawater or another source?

A conference will be held next week directed at understanding thesubseafloor biosphere and its relationship to energy and material fluxes transported by fluid flow has the potential to answer questions about the evolution of life on Earth. This session provides an opportunity to hear results and ideas from various scientific disciplines.

An interdisciplinary session will bring together researchers studying the size, distribution, activity and consequence of a microbial deep biosphere in the Earth's subsurface. Scientists involved in recent ocean drilling program expeditions and other deep biosphere programs will take part.

The range of processes that occurs at slow and ultra-slow spreading ridges has stimulated several multi-national research programs. The findings are relevant for understanding tectonic plate accretion, marine minerals, and chemosynthetic life. With an emphasis on previously overlooked ridge systems in the Northern Hemisphere (Arctic Ridges, Red Sea, Mid-Cayman Rise), and on new findings in the Southern Hemisphere, this session highlights recent results in the geophysical, geological, ocean and life sciences.
on November 24, 2012