Create Real Objects With Thought With The Monster Dreamer Or Control Thought Puppets, Even A Child Can Do It

Thinker Things Monster Dreamer will be the first machine to create real objects from thought alone. 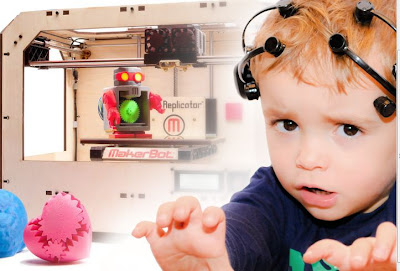 Sounds like science fiction, but the technology we need to make objects from thought is already available, according to 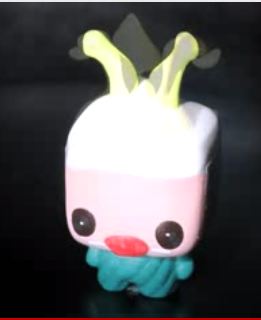 All that is missing is creative software that will link these technologies together. Their initial work has convinced the group this is possible and we now need your help to complete the project.
Their first "Objects from Thought" machine, "The Monster Dreamer", will allow you to produce your own Monster Toy using just your mind. On completion of the machine Thinker Things will be touring the regional schools of Chile to allow Chilean school children to be the first in the world to create objects with just their thoughts.

They are offering as rewards these very first thought toys. The money raised will allow them to develop the software and buy the hardware needed to build the Monster Dreamer.

Another project by the Thinker Thing Group is the Thought Puppet.  Albert Gubbins, Victorian scientist, will star as our first Thought Puppet, a mind toy that allows you to control a 3d model with your thoughts. With your mind, you can change Alberts expressions, make him frown, smile, blink and wink, you can also pull and push Albert and make him disappear just by thinking. Albert will be available on the Emotive Mind Store January 2013. 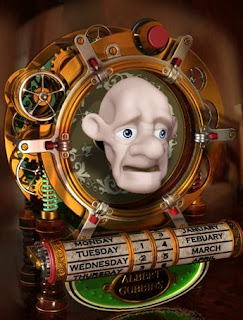 The project is led by Bryan Salt.  Bryan lives in Chile and has worked on the cutting edge of technology for the last 25 years, he is best known for his ability to develop innovative approaches to push technology beyond what is considered possible. In 2001 he led the creative team that put the first 3D engine on the ARM 9 chipset, leading to the global standard for 3D on 98% of mobile devices worldwide. His earlier company, Televirtual, broadcasted the worlds first digital puppet on BBC TV in 1994 and also introduced the first commercial motion capture studio to Europe. Prior to that he worked with blue chip Medical companies and the British Military on virtual reality visualizations and simulations. Whilst dedicated to new technology his education background is in design and in his early years he worked for Vivid Id with bands such as the Rolling Stones and Living Color.