Statistical analyses show that the world will be more peaceful in the future. In about 40 years only half as many countries will be in conflict. The decrease will be greatest in the Middle East.

In 1992, almost every fourth country was involved in an armed conflict. In 2009, that proportion had fallen to every sixth country. In 2050, only every twelfth country will be involved in a conflict. In other words, half as many again. This is indicated by new and sensational conflict simulations by ProfessorHåvard Hegre of the Department of Political Science at the University of Oslo, Norway. conducted in cooperation with the Peace Research Institute Oslo (PRIO).

"We predict a steady decrease in conflicts in the next 40 years," maintains Professor Håvard Hegre. 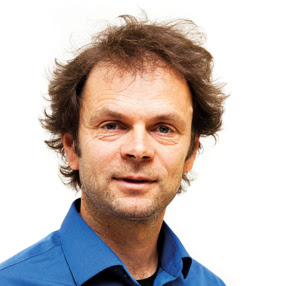 "Those countries in which the risk of conflict will sink most in the next 40 years are Algeria, Colombia, Turkey and Thailand. The conflict level will increase in countries like Tanzania, Mozambique, Malawi and China.

The simulations also show which ongoing conflicts in 2011 will probably be over in 5 years. These are the conflicts in Libya, Tajikistan, Syria, Senegal, Ivory Coast, Mauritania and Iraq.

"We put a lot of work into developing statistical methods that enable us, with a reasonable degree of certainty, to predict conflicts in the future. A conflict is defined as a conflict between governments and political organisations that use violence and in which at least 25 people die. This means that the model does not cover either tribal wars or solo terrorists like Anders Behring Breivik."

In the 1700s it was normal to go to war to expand your country's territory.

"This strategy has passed its sell by date. But, demands for democracy may be suppressed with violence and result in more violence in the short term. As in Libya."

There has been a decrease in armed conflicts and the number of people killed since World War II. This trend will continue.

"War has become less acceptable, just like duelling, torture and the death penalty."

The conflict model shows that the combination of higher education, lower infant mortality, smaller youth cohorts, and lower population growth are a few of the reasons why the world can expect a more peaceful future.

The UN has also estimated population structure up to 2050. The population is expected to grow, but at a slower pace than today, and the proportion of young people will decrease in most countries, with the exception of countries in Africa.

The International Institute for Applied Systems Analysis (IIASA) in Vienna has extrapolated the level of education up to 2050.

Too expensive to kill

The simulation model is also based on the last 40 years' history of conflicts, of all countries and their neighbours in the world, oil resources and ethnicity. The conflict data were collated by the Uppsala University.

"Economic changes in society have resulted in both education and human capital becoming important. A complex economy makes political violence less attractive. It has become too expensive to kill people. Modern society is dependent on economic development. It is too expensive to use violence to destroy this network. It has also become harder to take financial capital by force. It is easy to move capital across national borders. Therefore, a cynical leader will be less likely to choose violence as a strategy."

It is hard to discern the most important reason why the future will be more peaceful, but some studies suggest that education is the crucial factor.

"Education may be a fundamental causal explanation, but this is difficult to show with our methods. Demographers believe that more education leads to fewer children. There are fewer mouths to feed."

Another explanation is the UN's peacekeeping operations. The world has become better at employing means of preventing states using violence.

"The UN operations in Bosnia and Somalia failed. But the UN's operations have been more successful since 2000. Of course, the UN cannot prevent conflicts, but fewer die and the intensity is lower when they intervene."

Wealth in itself, such as oil income, has no positive, economic effect for countries with weak institutions. In some countries, violence is used to control the oil.

Hegre used data from 1970 to 2000 to check whether or not the conflict model works as intended. He wanted to see if the model could predict the actual conflicts between 2001 and 2009.

"For 2009 we estimated that the likelihood of a conflict was more than 50 per cent in 20 countries. 16 of these countries ended up in a real conflict. We missed by four countries."

The simulation programme, which for statistical reasons must be run 18,000 times, was programmed by Joakim Karlsen, a research fellow at Østfold University College.

The instability in the Middle East impacted the model.

"Prior to the Arabian spring, we expected 5 per cent of the countries in the world to be involved in a conflict in 2050. This percentage has now risen to 7 per cent. The conflicts in the Middle East weaken the clear correlation between socio-economic development and the absence of civil war. The conflicts in Syria and Libya show that we also have to include democratisation processes in the model. To achieve this, we are now working on projecting democratic systems of government and regime changes," explains Håvard Hegre.

You can read more about this in the scientific article that will soon be published in the periodical International Studies Quarterly.