NASA's Mars Rover Curiosity on Sol 82 (Oct. 29, 2012) used its Mars Hand Lens Imager (MAHLI) to photograph the diverse rocks in the "Rocknest" area and prepared for an overnight analysis of a soil sample by the Chemistry and Mineralogy (CheMin) instrument.

The Mars Hand Lens Imager (MAHLI) on the arm of NASA's Mars rover Curiosity took this image of a rock called "Et-Then" during the mission's 82nd sol, or Martian day (Oct. 29, 2012.) 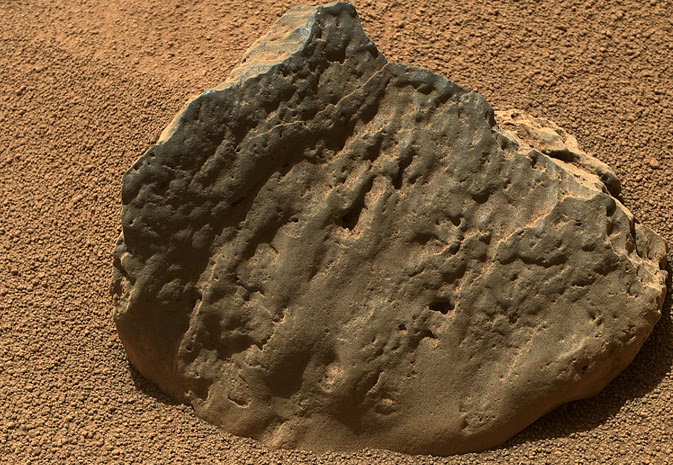 On the preceding sol, the rover completed its third round of using vibration of scooped Martian soil to scrub the interior surfaces of the sample-processing mechanisms on the rover's arm. Also on Sol 81, the rover's Sample Analysis at Mars (SAM) instrument completed an analysis of a sample of Martian atmosphere.

This focus-merge image from the Mars Hand Lens Imager (MAHLI) on the arm of NASA's Mars rover Curiosity shows a rock called "Burwash." The rock has a coating of dust on it. The coarser, visible grains are windblown sand.

The focus merge combines portions of eight images taken with the camera held in one position while the MAHLI focus mechanism moved for each of the eight exposures to capture features at different distances in focus. The images were taken during the mission's 82nd sol, or Martian day (Oct. 29, 2012).

MAHLI viewed the rock from a distance of about 4.5 inches (11.5 centimeters). The image covers an area about 3 inches by 2.2 inches (7.6 centimeters by 5.7 centimeters). Burwash is located near the rover's left-front wheel where the rover has been stationed while scooping soil at the site called "Rocknest." 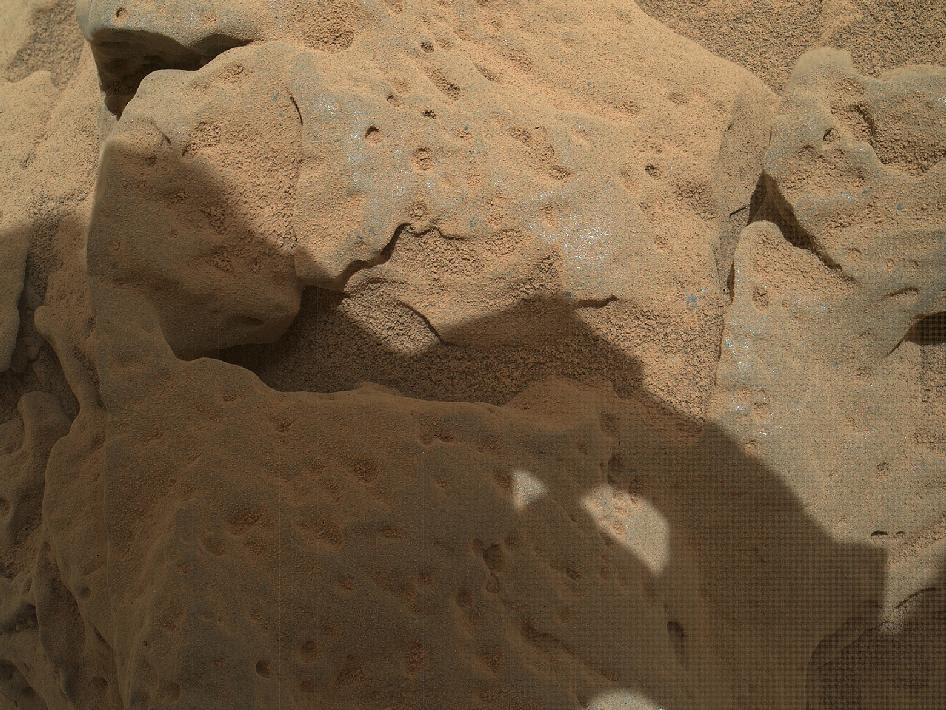 The rover continues regular monitoring of the surrounding environment using the other instruments of its science payload.