New research, funded by the NASA Lunar Science Institute (NLSI), theorizes that our early Earth and moon were both created together in a giant collision of two planetary bodies that were each five times the size of Mars.

New research funded by NLSI theorizes that our early Earth and moon were perhaps created in a different manner than has previously been believed. 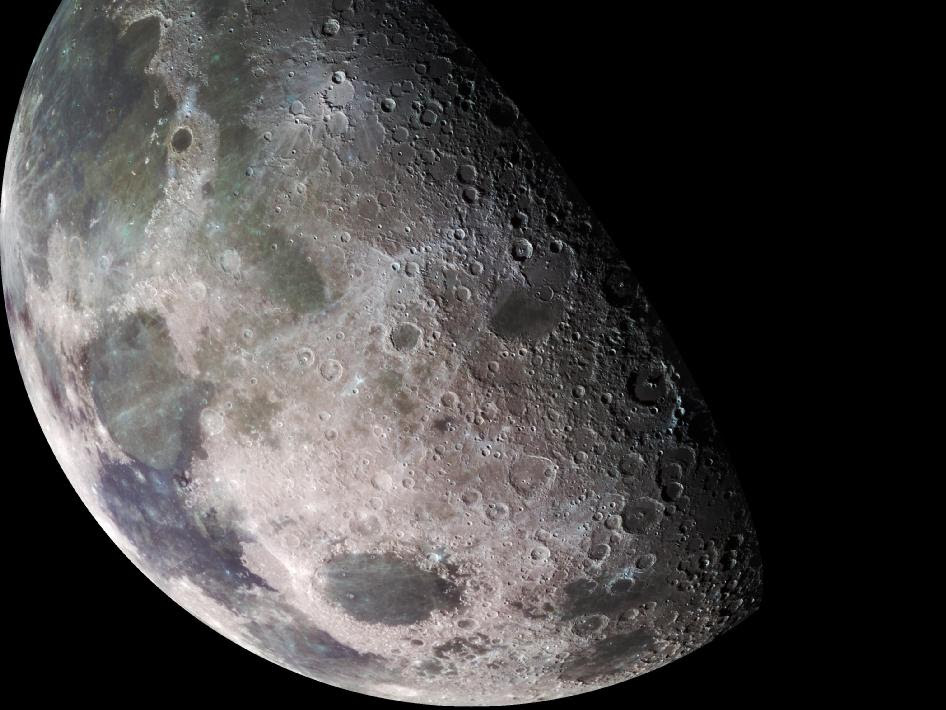 This new theory about how Earth’s moon formed is challenging the commonly believed “giant impact hypothesis,” which suggests that Earth's moon formed from a colossal impact of a hypothetical planetary embryo, named Theia, with Earth, early in our Solar System's history.

The giant impact hypothesis has been a widely accepted theory for how the Earth-moon system formed. In the giant impact scenario, the moon forms from debris ejected into an Earth-orbiting disk by the collision of a smaller proto-planet with the early Earth. One of the challenges to the longstanding theory of the collision, is that a Mars-sized impacting body, whose composition likely would have differed substantially from that of Earth, likely would have left Earth and the moon with different chemical compositions, which they are not.

After colliding, the two similar-sized bodies then re-collided, forming an early Earth surrounded by a disk of material that combined to form the moon. The re-collision and subsequent merger left the two bodies with the similar chemical compositions seen today.

The new model was developed by Robin M. Canup of the Southwest Research Institute (SwRI), San Antonio, Texas. Canup’s research was motivated by accompanying studies by other scientists on the early dynamical history of the moon, and accounts for this similarity in composition, while also yielding an appropriate mass for Earth and the moon.

“The ultimate likelihood of each impact scenario will need to be assessed by improved models of terrestrial planet formation,” Canup said.

The paper, “Forming a Moon with an Earth-like composition via a Giant Impact,” by R.M Canup, was published recently in the journal Science online, at the Science Express website. The results were also presented October 15th at the 44th Meeting of the AAS Division for Planetary Sciences in Reno, Nev.