One Of Evolution’s Greatest Unsolved Mysteries: The Origin Of Jaws

The origin of jaws marks one of the biggest events in our deep evolutionary history, yet how and when this occurred is still one of the greatest unsolved mysteries of modern science. New fossil discoveries coming out of Southern China are shedding light on this problem, showing that ancient bone-covered jawless fishes called ‘galeapsids,’ which lived about 420 million years ago, had begun to evolve complex head structures that enabled the development of jaws to proceed. 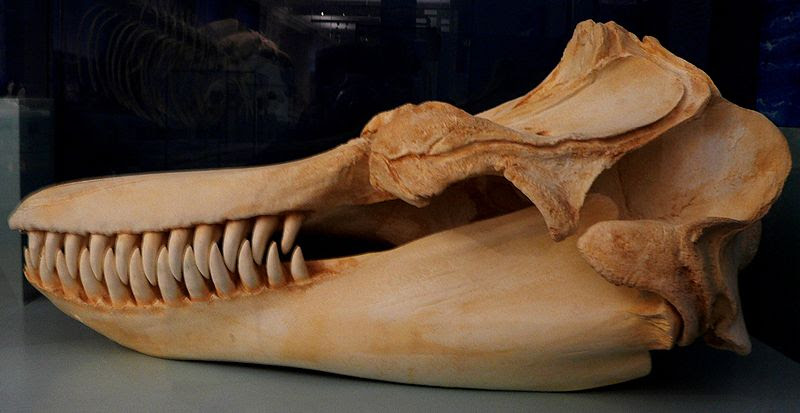 A new study of galeapsids, presented at the 72nd Annual Meeting of the Society of Vertebrate Paleontology, presents important new information that could turn around our current thinking about the origins and evolution of jawed animals.

“By using advanced techniques, like synchrotron tomography, we show that in galeaspids – and by implication, in the ancestor of jawed vertebrates – the paired nasal organs had separated, removing this nasal blockage, but since galeaspids lacked jaws, it was presumably the consequence of a different selective drive, most likely enhanced olfaction (sense of smell),” said study lead author Dr Zhikun Gai of the Institute of Palaeontology and Palaeoanthropology in Beijing, China.

Developmental biologists have been working in parallel to solve the same problem by comparing the embryology of living jawless and jawed vertebrates, hoping to explain the difference between these two evolutionary grades of organisation in terms of changed temporal and spatial domains of expression of regulatory genes. They concluded that jawless vertebrates lack jaws because the migratory cells from which jaws develop are prevented from migrating to the site of jaw development by the peculiar nose that sits in the middle of the face of jawless vertebrates.

"These new data on galeaspid anatomy provide the first evidence for a condition that was a prerequisite to the rise of jaws, and which probably appeared after the divergence of the cyclostomes, among the most advanced "ostracoderms," said Prof. Philippe Janvier of the Natural History Museum in Paris, France, who is one of the team working on the discovery.

“This discovery shows that even the most complex and mysterious of evolutionary transitions, like going from a creature without jaws to one with jaws and teeth, have clear intermediate stages represented by superb fossils,” says Dr. John Long of the Natural History Museum of LA County, an expert in fossil fishes who was not involved in the study.
Contacts and sources:
Prepared by members of the SVP Media Liaison Committee for use at the SVP 72nd Annual Meeting.