Oldest Primate Lived In Trees After The Extinction Of Dinosaurs

The Cretaceous-age Hell Creek Formation of Montana is best known for the discovery over a century ago of Tyrannosaurus rex. It also has produced some of the best fossils from the end of the Age of the Dinosaurs about 65 million years ago. At that time, the planet experienced a mass extinction that wiped out many species including non-avian dinosaurs. However, for many mammals, including our own ancestors, this marked a beginning rather than the end.

Teeth of the oldest primate (called Purgatorius) have been known from rocks that are slightly younger than the Hell Creek Formation for decades (from a period of time known as the Paleocene), but the rest of the skeleton of this animal has remained elusive. A new study presented at the 72nd Annual Meeting of the Society of Vertebrate Paleontology in Raleigh, North Carolina, describes the first ankle bones of Purgatorius from northeastern Montana. This new discovery provides important new information about the ecology of the first primate. 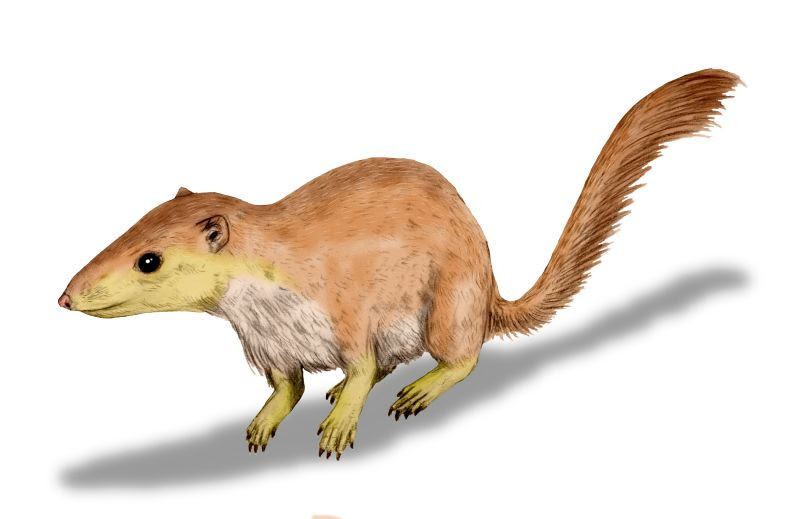 Analysis of these new fossils has led paleontologists Stephen Chester of Yale University, Jonathan Bloch of the Florida Museum of Natural History, and William Clemens of the University of California Museum of Paleontology to conclude that Purgatorius had an ankle joint with a fairly wide range of motion. This type of ankle is characteristic of tree-living animals that can adjust their feet to uneven branches and trunks when climbing.

“The way in which the earliest primates lived has been a subject of great debate for many years, but these fossils are the first direct evidence that show that these primates spent most of their time in the trees following their divergence from other mammals in the earliest Paleocene,” said Chester.

The authors of this study believe that the specialized ankle bones of Purgatorius likely played a key role in the evolutionary success of early primates. “These new fossils support the idea that the first 10 million years of primate evolution happened in the context of an intense period of similar diversification in flowering plants, including the ability to climb in branches and collect fruits and other products of the trees at the very beginning,” said Bloch. Many other mammals living during the earliest
Paleocene were land-dwelling, and by living in the trees, Purgatorius was able to exploit new resources in its environment.

Ongoing expeditions to northeastern Montana led by Clemens, Greg Wilson from the University of Washington, and colleagues from other institutions continue to yield important fossils and geological information documenting the pattern of change of the fauna and flora some 65 million years ago. “The new ankle bones are an extraordinary discovery. We plan to continue research in Montana in order to address other critical questions about causes of the mass extinction as well as the origin of primates and other animals that characterize the beginning of the age of mammals,” said Clemens.

Prepared by members of the SVP Media Liaison Committee for use at the SVP 72nd Annual Meeting.