Built by BAE Advanced Technologies (BAEAT), its purpose is to analyze the ionosphere and investigate the potential for developing ionospheric enhancement technology for radio communications and surveillance. The HAARP program operates a major sub-arctic facility, named the HAARP Research Station, on an Air Force–owned site near Gakona, Alaska.

This thrust of the 2013 program,  budgeted at $11 million,  will obtain insights into physical aspects of natural phenomena such as magnetospheric sub-storms, fire, lightning, and geo-physical phenomena. New fundamental understandings of these phenomena will enable the ability to predict and exploit these physical processes, especially with regard to communications. Last year's HAARP budget was $13 million and the 2011 was about $9 million.

A major emphasis of this thrust is to provide predictive models for the interactions between plasmas and electromagnetic waves across a range of energy and length scales, and into new regimes. 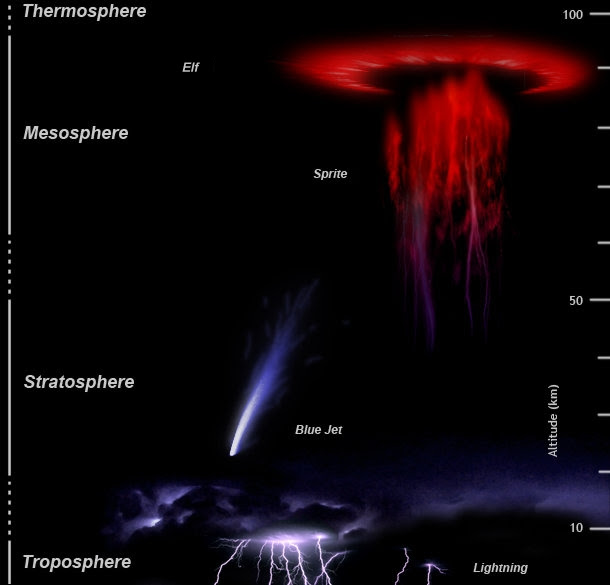 . Specific projects that fall under this heading are foundational studies on the initiation, propagation, and attachment of lightning, and their associated emissions; the critical factors affecting magnetospheric sub-storms; the generation and amplification of extremely low frequency (ELF)/ultra low frequency (ULF)/very low frequency (VLF) radiation in the ionosphere utilizing the High Frequency Active Aural Research Program (HAARP) transmitter; and understanding and quantifying the interaction of electromagnetic and acoustic waves with the plasma in flames.

The most prominent instrument at the HAARP Station is the Ionospheric Research Instrument (IRI), a high-power radio frequency transmitter facility operating in the high frequency (HF) band. The IRI is used to temporarily excite a limited area of the ionosphere. Other instruments, such as a VHF and a UHF radar, a fluxgate magnetometer, a digisonde, and an induction magnetometer, are used to study the physical processes that occur in the excited region.

Work on the HAARP Station began in 1993. The current working IRI was completed in 2007, and its prime contractor was BAE Systems Advanced Technologies. As of 2008, HAARP had incurred around $250 million in tax-funded construction and operating costs.

HAARP has been blamed by conspiracy theorists for a range of events, including numerous natural disasters. Various scientists have commented that HAARP is an attractive target for conspiracy theorists because according to computer scientist David Naiditch, "its purpose seems deeply mysterious to the scientifically uninformed". 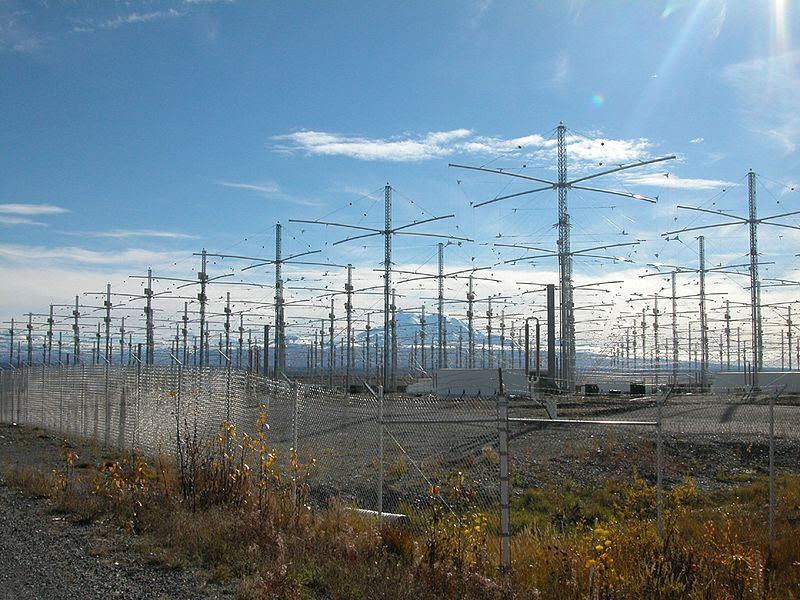 The program will also study the critical factors affecting magnetospheric sub-storms; the generation and amplification of extremely low frequency (ELF)/ultra low frequency (ULF)/very low frequency (VLF) radiation in the ionosphere utilizing the High Frequency Active Aural ResearchProgram (HAARP) transmitter; and understanding and quantifying the interaction of electromagnetic and acoustic waves with the plasma in flames.

- Investigated unexpected, GPS-derived total electron enhancements (25 percent larger than previously observed) and overshoots and the mechanisms behind these phenomena, which may provide significant insight into artificial ionization caused by descending plasma plumes.

- Conducted a comprehensive series of ELF/ULF/VLF generation experiments and accomplished first ever generation of ELF waves (10-50 Hz) without the presence of a Polar Auroral electrojet using the ionospheric current drive (ICD).

- Developed and implemented a continuously-operational, comprehensive array of instruments that measure emissions generated by tropospheric lightning, the associated electric and magnetic fields, and the appropriate time derivatives of these fields which indicate how rapidly they change.

- Discovered potential correlation between compact intracloud discharges (CIDs) and gigantic blue jets (leaders that extend up to 35 km in altitude).

- Characterize conditions surrounding artificial duct creation and conduct experiments to determine mechanisms by which VLF waves can be injected into these ducts.

- Conduct a series of experiments to optimize the efficiency of ULF generation and potentially gain active control of their lateral propagation paths and injection into the magnetosphere.

- Conduct comprehensive HAARP-ULF experiments to study the onset of noise under a variety of space-weather conditions.

- Conduct a series of experiments to inject VLF waves into artificial ducts.

- Develop, implement and test a continuously-operational, extensive array of instruments which will measure all atmospheric and electromagnetic components of tropospheric lightning and correlate this phenomenon with various ionospheric events.

- Develop and deploy a constellation of receivers to study the radio emissions generated by lightning and associated ionospheric events. 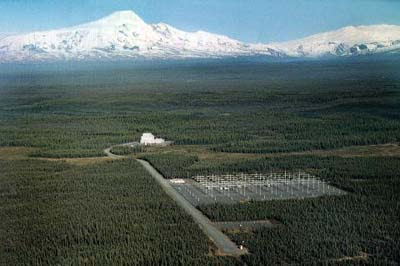 - Conduct numerical studies of ion dynamics caused by ULF, and of VLF wave propagation through the ionosphere inside density ducts created by artificial heating.

- Experimentally quantify the impact of triggered lightning on properties of natural lightning (including the emission of gamma rays, X-rays, UV, VNIR/SWIR, RF,VLF/ULF) and on the properties of ionospheric phenomena (elves, sprites, whistlers, etc.). - Experimentally quantify the impact of tropospheric lightning (both triggered and natural) and its ionospheric components on the conductivity of the ionosphere and the resultant scattering of sub-ionospherically-propagating VLF signals.

- Experimentally quantify the impact of CIDs on lightning propagation as well as their potential contribution to the production of very large blue jets.

Blue jets differ from sprites in that they project from the top of the cumulonimbus above a thunderstorm, typically in a narrow cone, to the lowest levels of the ionosphere 40 to 50 km (25 to 30 miles) above the earth. In addition, whereas red sprites tend to be associated with significant lightning strikes, blue jets do not appear to be directly triggered by lightning (they do, however, appear to relate to strong hail activity in thunderstorms).

They are also brighter than sprites and, as implied by their name, are blue in color. The color is believed to be due to a set of blue and near-ultraviolet emission lines from neutral and ionized molecular nitrogen. They were first recorded on October 21, 1989, on a monochrome video of a thunderstorm on the horizon taken from the Space Shuttle as it passed over Australia. Blue jets occur much less frequently than sprites. By 2007, fewer than a hundred images had been obtained. The majority of these images, which include the first color imagery, are associated with a single thunderstorm studied by researchers from the University of Alaska. These were taken in a series of 1994 aircraft flights to study sprites
on October 22, 2012