A Yale-led scientific team has produced the most comprehensive family tree for birds to date, connecting all living bird species — nearly 10,000 in total — and revealing surprising new details about their evolutionary history and its geographic context.

Analysis of the family tree shows when and where birds diversified — and that birds’ diversification rate has increased over the last 50 million years, challenging the conventional wisdom of biodiversity experts.

“It’s the first time that we have — for such a large group of species and with such a high degree of confidence — the full global picture of diversification in time and space,” said biologist Walter Jetz of Yale, lead author of the team’s research paper, published Oct. 31 online in the journal Nature.

The world's first family tree linking all living bids and revealing when and where they evolved and diversified since dinosaurs walked the earth has been created by scientists from the University of Sheffield.

This shows the Bird Family Tree 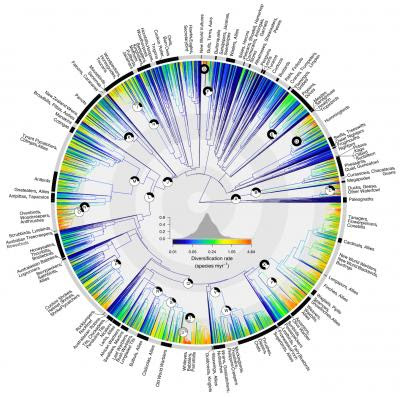 Experts used the family tree to map out where the almost 10,000 species of birds live to show where the most diversification has taken place in the world.

As well as being the first time scientists have created a family tree for birds, it is hoped the research could help prioritise conservation efforts in a bid to save the most diverse species from extinction.

Dr Gavin Thomas, of the University of Sheffield's Department of Animal and Plant Sciences, said: "We have built the first ever family tree showing the evolutionary relationship among the species of birds. We used fossils and genetic data to estimate the ages of all the different branches of the bird tree so that we could assess how diversity has accumulated through time. Our work is indebted to researchers from museums and universities who have collected astounding amounts of genetic data from birds around the world."

Despite major steps forward in modern super computers it has still taken the researchers almost five years to analyse the millions of year's worth of fossil data, DNA, maths and maps, to create this never-before-snapshot of how the thousands of birds alive made it to where they are today.

To even enable the scientists to calculate which species were more or less diverse they had to create a new "species rate" measure.

Dr Thomas added: "Diversification is the net outcome of new species arising, called speciation, and existing species going extinct. We combined this data with existing data on the geographic ranges of all living bird species so that we could map diversification across the world. 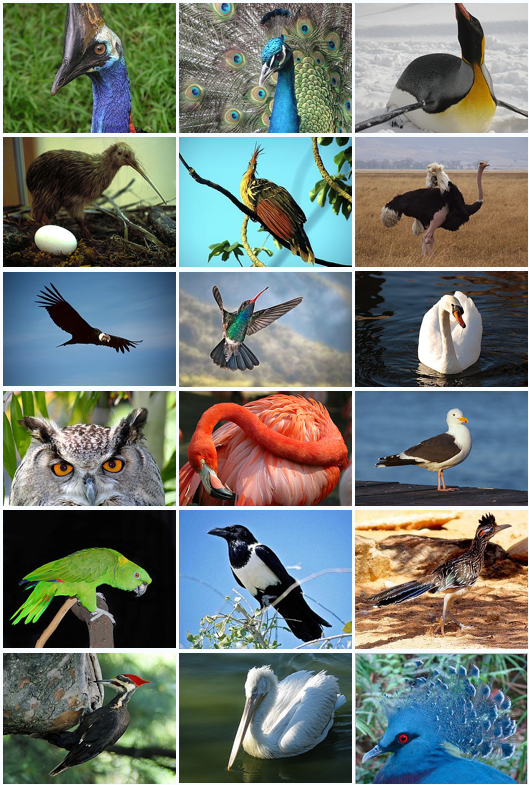 "This 'phylogeny' is important because it is the first that includes all living birds. It means we can ask questions about biodiversity and evolution on a global scale and gain new insight into how diversity has changed over millions of years as well as understand those changes. More widely, one way in which the phylogeny can be used, and which may not be obvious, is in helping to prioritise conservation efforts.

The paper – titled 'The global diversity of birds in space and time' - is published in the journal Nature.