Closest Living Fish To All Vertebrates Alive On Land: 100 Million-Year-Old Coelacanth Fish Discovered In Texas Is New Species From Cretaceous

A new species of coelacanth fish has been discovered in Texas.

Pieces of tiny fossil skull found in Fort Worth have been identified as 100 million-year-old coelacanth bones, according to paleontologist John F. Graf, Southern Methodist University, Dallas.

The coelacanth has one of the longest lineages — 400 million years — of any animal. It is the fish most closely related to vertebrates, including humans.

Coelacanths have been found on nearly every continent

Reidus hilli is now the youngest coelacanth identified in the Lone Star State.

Previously the youngest was a 200 million-year-old coelacanth from the Triassic.Reidus hilli is the first coelacanth ever identified from the Dallas-Fort Worth area.

The coelacanth fish has eluded extinction for 400 million years. Scientists estimate the coelacanth reached its maximum diversity during the Triassic.

The coelacanth was thought to have gone extinct about 70 million years ago. That changed, however, when the fish rose to fame in 1938 after live specimens were caught off the coast of Africa. Today coelacanths can be found swimming in the depths of the Indian Ocean. 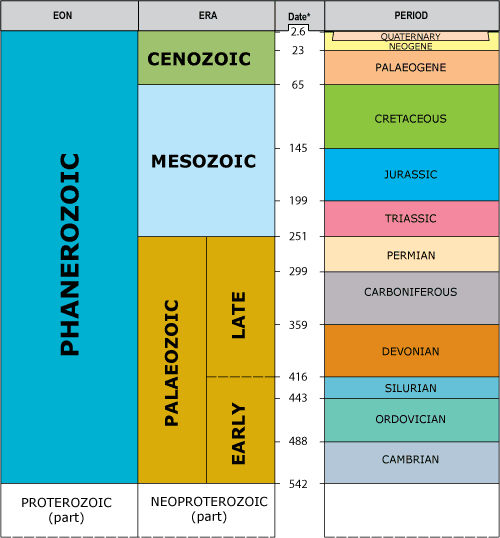 Closest living fish to all vertebrates alive on land

“These animals have one of the longest lineages of any vertebrates that we know,” Graf said.

The SMU specimen demonstrates there was greater diversity among coelacanths during the Cretaceous than previously known.

“What makes the coelacanth interesting is that they are literally the closest living fish to all the vertebrates that are living on land,” he said. “They share the most recent common ancestor with all of terrestrial vertebrates.”

Coelacanths have boney support in their fins, which is the predecessor to true limbs.

“Boney support in the fins allows a marine vertebrate to lift itself upright off the sea floor,” Graf said, “which would eventually lead to animals being able to come up on land.”

Texas coelacanth, Reidus hilli, represents a new species and a new family
Graf identified Reidus hilli from a partial skull, including gular plates, which are bones that line the underside of the jaw.

“Coelacanths are not the only fish that have gular plates, but they are one of the few that do,” Graf said. “In fact, the lenticular shape of these gular plates is unique to coelacanths. That was the first indicator that we had a fossil coelacanth.”

Reidus hilli was an adult fish of average size for the time in which it lived, said Graf. While modern coelacanths can grow as large as 3 meters, Reidus hilli was probably no longer than 40 centimeters. Its tiny skull is 45 millimeters long by 26 millimeters wide, or about 1.75 inches long by 1 inch wide.

Reidus hilli’s total body size is typical of the new family of coelacanths, Dipluridae, which Graf describes and names. He chose the name for the least primitive coelacanth in the family, Diplurus, which lived during the Triassic.

“Reidus hilli helped me tie a group of coelacanths together into what I identify as a new family of coelacanths,” he said. “This family represents a transition between the two large groups of youngest living coelacanths from the fossil record, Mawsoniidae and Latimeriidae.”

A Fort Worth resident, Reid has collected fossils for decades. He found the fossil specimen while walking some land that had been prepared for construction of new homes. Reid noticed the fossil lying loose on the ground in a washed out gully created by run-off.

Following Graf’s analysis, Reid was surprised to learn he’d collected a coelacanth — and a new species.

At the time, SMU paleontologist Louis L. Jacobs recommended to Reid that he donate the fossil and have it scientifically identified. Reid gave the fossil to SMU’s Shuler Museum of Paleontology in the Roy M. Huffington Department of Earth Sciences.

“It is astounding what can be learned from the discoveries that people like Rob Reid make in their own backyards,” said Jacobs, an SMU professor of earth sciences and president of SMU’s Institute for the Study of Earth and Man. “The discovery of living coelacanths in the Indian Ocean after being presumed extinct for 70 million years highlights one of the great mysteries of ocean life. Where were they all that time? The new fossil from Texas is a step toward understanding this fascinating history.”

Reidus hilli is the latest of many fossils Reid has discovered. Others also have been named for him.

Reidus hilli came from the fossil-rich Duck Creek Formation, which is a layer-cake band of limestone and shale about 40 feet thick.

The fossil was found in marine sediments, Graf said. It is one of many marine fossils found in the North Texas area, which 100 million years ago was covered by the Western Interior Seaway that divided North America from the Gulf of Mexico to the Arctic Ocean.

“That is unique to younger coelacanths,” Graf said. “The oldest coelacanths were usually found in freshwater deposits and it wasn’t until the Cretaceous that we start seeing this transition into a more marine environment.”

Identification of Reidus hilli brings the number of coelacanth species worldwide to 81, including two that are alive today. Sources report that 229 living coelacanths have been caught since 1938.

Graf reported his findings in “A new Early Cretaceous coelacanth from Texas,” published inHistorical Biology: An International Journal of Paleobiology. Graf is a paleontology graduate student in SMU’s Huffington Department of Earth Sciences.