Researchers have provided a glimpse at genetic expression in long-extinct fossil dinosaurs. This new insight comes from the discovery of a correlation between the genetic patterning observed in today’s chickens and crocodiles, and the pattern of different bone shapes along their spines. For the first time a direct correlation between the genetic expression and morphological variation is identified. 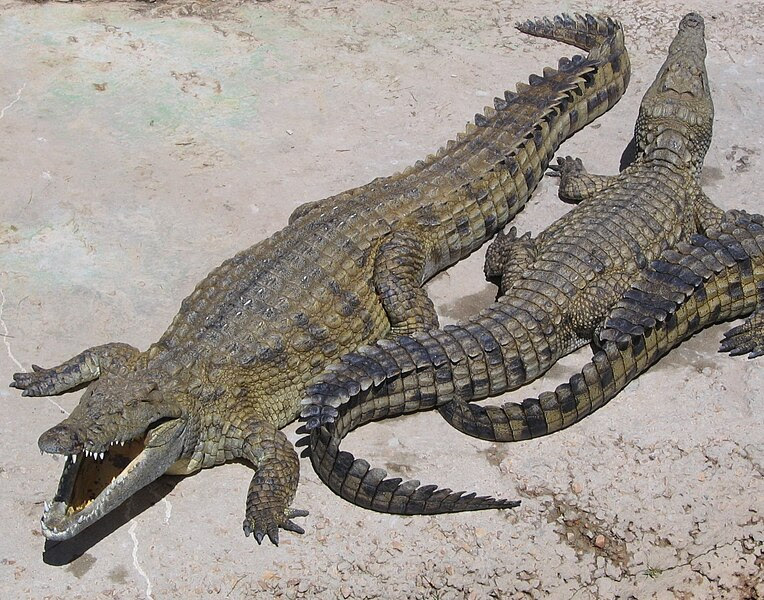 Integrating fossil and genetic data to understand the evolution of life has gained importance over the past two decades. Previously, this approach has been limited to using development of individuals to infer an interpretation of the evolution of morphological change. Here, the direct correlation between gene expression and morphological variation provides new insight on the genetic basis of evolution in extinct dinosaurs and their relatives.

Homeotic genes or Hox genes choreograph the development and patterning of structures from the head to the tail in metazoan animals. In vertebrates, the central function of these genes is visible in the patterning of the vertebral column. “It has been proposed that a unique spatiotemporal pattern of Hox genes specifies differing vertebral morphologies,” says Christine Böhmer, lead researcher of the study at the Ludwig-Maximilians-Universität and the Bavarian State Collection for Palaeontology and Geology in Munich, Germany.

Most mammals have seven cervical vertebrae, irrespective of the neck length. For example, giraffes and mice both possess seven neck bones or vertebrae. In contrast, amphibians, reptiles and birds have a highly variable numbers of neck vertebrae. Crocodiles have nine neck vertebrae, and swans with their long necks even have 25 neck vertebrae. “As far as we know the genetic code is the same for mammals, but in archosaurs (crocodiles, birds and their relatives) there is genetic variation that correlates with the vertebral morphology,” says Böhmer. The idea of morphology-specific Hox gene patterning was tested using chicken and crocodile embryos, and the results were applied to fossil species.

In a paper presented at the Society of Vertebrate Paleontology annual meeting, the researchers first use molecular methods to establish the Hox gene expression pattern of living crocodiles and chickens. The researchers then tested for correlations between the Hox gene pattern and bone shape. These insights were applied to sauropod dinosaurs, an iconic fossil group with highly variable vertebral number and morphology. This approach identifies subregions in the neck of the extinct dinosaurs that result from specific expansions of Hox gene activity.

Contacts and sources:
Prepared by members of the SVP Media Liaison Committee for use at the SVP 72nd Annual Meeting.