Can you have a memory if you don't have a brain? The question has been answered with the discovery that brainless slime molds use excreted chemicals as a memory system.

The finding by University of Sydney researchers is strong support for the theory that the first step toward the evolution of memory was the use of feedback from chemicals.

The research found that that a single-celled organism with no brain uses an external spatial memory to navigate through a complex environment. "We have shown for the first time that a single-celled organism with no brain uses an external spatial memory to navigate through a complex environment," said Christopher Reid from the University's School of Biological Sciences.

The research, led by Reid, with colleagues from the school and a colleague from Toulouse University, is published in the Proceedings of the National Academy of Sciences journal today.

"Our discovery is evidence of how the memory of multi-cellular organisms may have evolved - by using external chemical trails in the environment before the development of internal memory systems," said Reid.

"Results from insect studies, for example ants leaving pheromone trails, have already challenged the assumption that navigation requires learning or a sophisticated spatial awareness. We've now gone one better and shown that even an organism without a nervous system can navigate a complex environment, with the help of externalized memory."

The research method was inspired by robots designed to respond only to feedback from their immediate environment to navigate obstacles and avoid becoming trapped. This 'reactive navigation' method allows robots to navigate without a programmed map or the ability to build one and slime molds use the same process.

The researchers used a classic test of independent navigational ability, commonly used in robotics, requiring the slime mold to navigate its way out of a U-shaped barrier.

As the slime mold (Physarum polycephalum) moves it leaves behind a thick mat of non-living, translucent, extracellular slime. 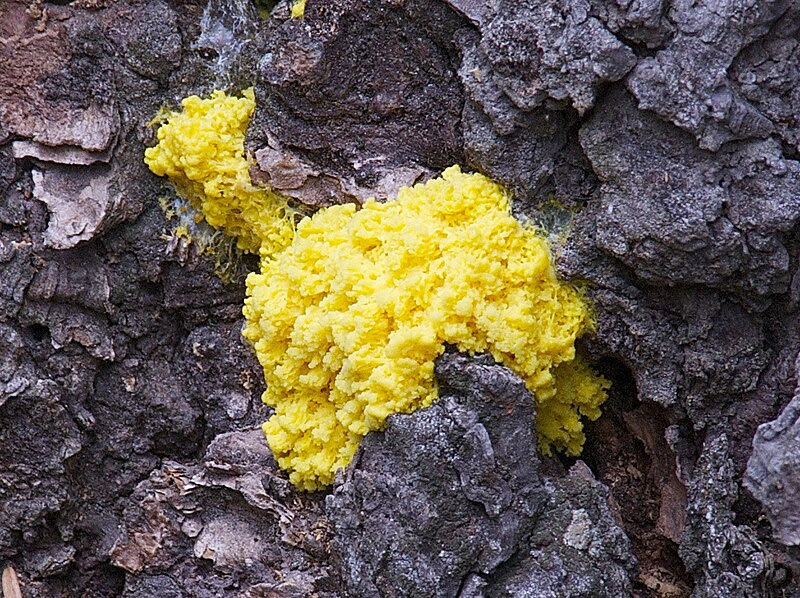 When it is foraging the slime mold avoids areas that it has already 'slimed' suggesting it can sense extracellular slime upon contact and will recognize and avoid areas it has already explored.

"This shows it is using a form of external spatial memory to more efficiently explore its environment," said Reid.

"We then upped the ante for the slime molds by challenging them with the U-shaped trap problem to test their navigational ability in a more complex situation than foraging. We found that, as we had predicted, its success was greatly dependent on being able to apply its external spatial memory to navigate its way out of the trap."

In simple environments the use of externalized spatial memory is not necessary for effective navigation but in more complex situations it significantly enhances the organism's chance of success, just as it does for robots using reactive navigation.

Christopher Reid's work also appears in the Macleay Museum's current exhibition The Meaning of Life which features prominent research from the School of Biological Sciences in its 50-year history.

Contacts and sources:
University of Sydney
on October 29, 2012