Blue Origin’s pusher escape system rockets its crew capsule away from the launch pad at the company's West Texas Launch Site in Van Horn on Oct. 19, demonstrating a key safety system for both suborbital and orbital flights. 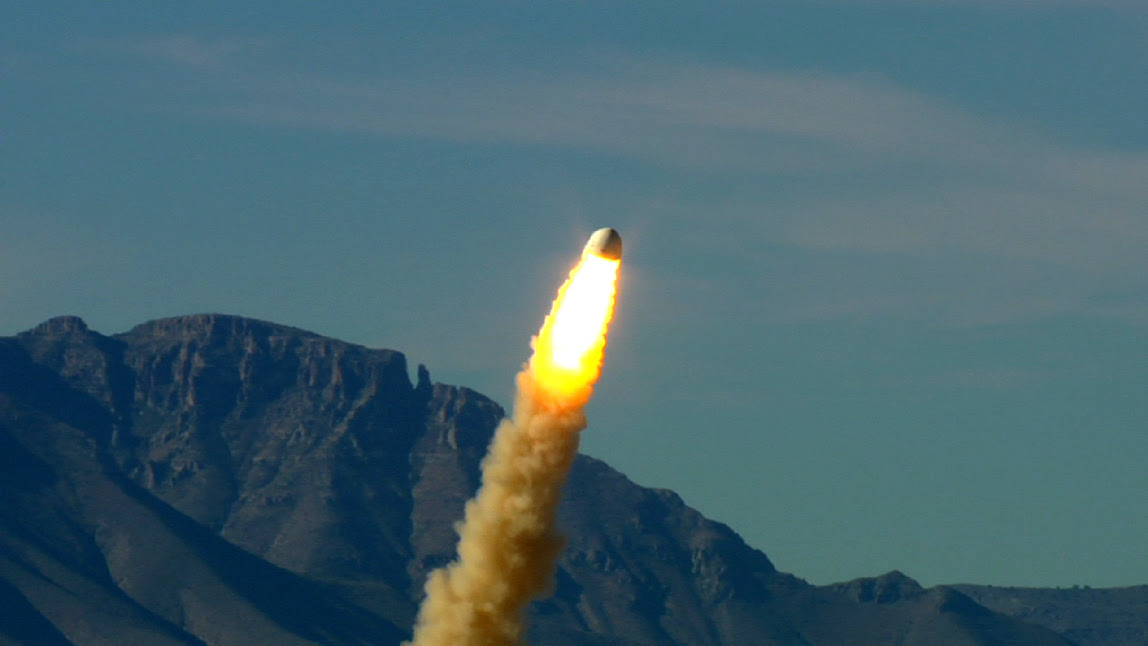 The test was part of Blue Origin's work supporting its funded Space Act Agreement with NASA during Commercial Crew Development Round 2 (CCDev2). Through initiatives like CCDev2, NASA is fostering the development of a U.S. commercial crew space transportation capability with the goal of achieving safe, reliable and cost-effective access to and from the International Space Station and low-Earth orbit. After the capability is matured and available to the government and other customers, NASA could contract to purchase commercial services to meet its station crew transportation needs.

Blue Origin's New Shepard crew capsule escaped to an altitude of 2,307 feet before deploying parachutes for a safe return Oct. 19. 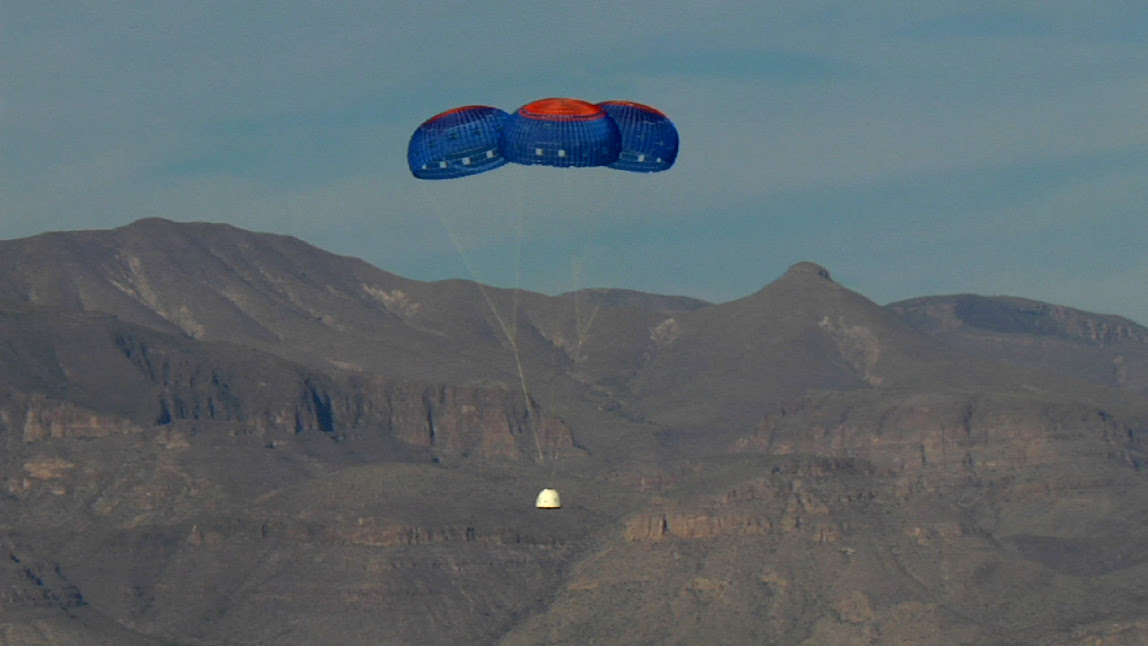 "The progress Blue Origin has made on its suborbital and orbital capabilities really is encouraging for the overall future of human spaceflight," CCP Manager Ed Mango said. "It was awesome to see a spacecraft NASA played a role in developing take flight."

The suborbital crew capsule traveled to an altitude of 2,307 feet (703 meters) during the flight test before descending safely by parachute to a soft landing 1,630 feet (497 meters) away.

The pusher escape system was designed and developed by Blue Origin to allow crew escape in the event of an emergency during any phase of ascent for its suborbital New Shepard system. As part of an incremental development program, the results of this test will shape the design of the escape system for the company's orbital biconic-shaped Space Vehicle. The system is expected to enable full reusability of the launch vehicle, which is different from NASA's previous launch escape systems that would pull a spacecraft away from its rocket before reaching orbit.

"The use of a pusher configuration marks a significant departure from the traditional towed-tractor escape tower concepts of Mercury and Apollo," said Rob Meyerson, president and program manager of Blue Origin. "Providing crew escape without the need to jettison the unused escape system gets us closer to our goal of safe and affordable human spaceflight."

With touchdown 1,630 feet from the launch pad, Blue Origin completed a successful test of its crew capsule escape system Oct. 19. 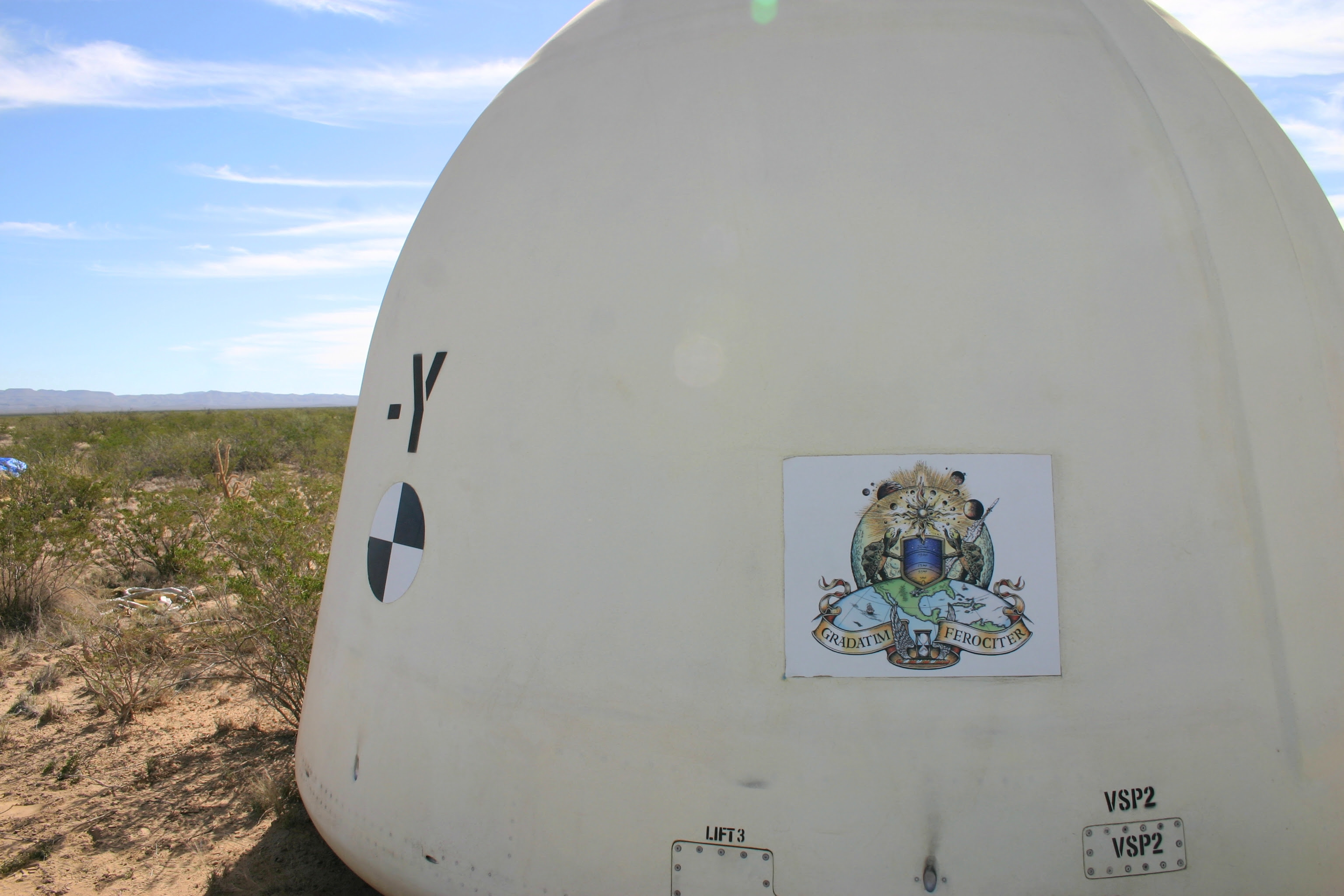 All of NASA's industry partners, including Blue Origin, continue to meet their established milestones in developing commercial crew transportation capabilities.

While NASA works with U.S. industry partners to develop commercial spaceflight capabilities, the agency also is developing the Orion spacecraft and the Space Launch System (SLS), a crew capsule and heavy-lift rocket to provide an entirely new capability for human exploration. Designed to be flexible for launching spacecraft for crew and cargo missions, SLS and Orion will expand human presence beyond low-Earth orbit and enable new missions of exploration into the solar system.