Scientists have discovered an unusual symbiosis between tiny single-celled algae and highly specialized bacteria in the ocean.

The partnership plays an important role in fertilizing the oceans by taking nitrogen from the atmosphere and "fixing" it into a form that other organisms can use.

Confocal microscope images of the symbiosis.

Details of the finding, published in this week's issue of the journal Science, emerged from the investigation of a mysterious nitrogen-fixing microbe that has a very small genome.

First detected in 1998 by Jonathan Zehr, a marine scientist at the University of California, Santa Cruz (UCSC), the microbe now appears to be the most widespread nitrogen-fixing organism in the oceans.

Map of research sites in the north and south Pacific Ocean where symbioses were found. 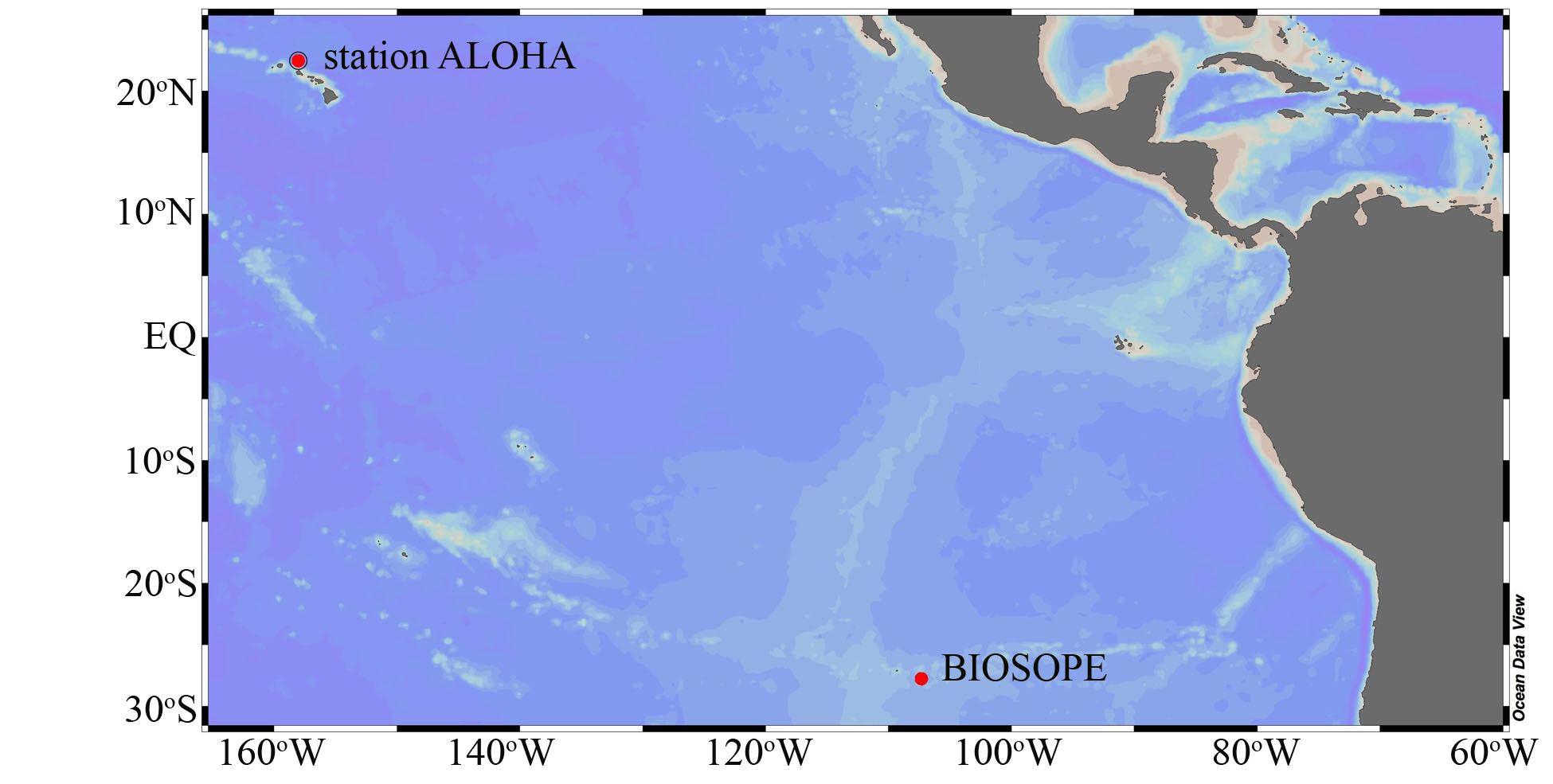 It belongs to a group of photosynthetic bacteria known as cyanobacteria, but it lacks the genes needed to carry out photosynthesis.

Apparently its association with the algae makes those genes unnecessary.

"The cyanobacterium is a nitrogen-fixer, so it provides nitrogen to the host cell [the algae], and the host cell provides needed carbon to the cyanobacterium, which is lacking the machinery to get its own," says Anne Thompson, a lead author of the paper and researcher at UCSC. Rachel Foster of the Max Planck Institute for Marine Microbiology is the other lead author.

The finding has uncovered a symbiosis between two types of microorganisms that had remained hidden until now, says Matt Kane, program director in the National Science Foundation's (NSF) Division of Environmental Biology, which funded the research along with NSF's Division of Ocean Sciences.

"Genomic analysis indicates that the partnership between these organisms in some ways models the one that led to the evolution of plant organelles," says Kane.

This is an interesting symbiosis from an evolutionary perspective, says Zehr, "because it can be seen as analogous to an early stage in the endosymbiosis that led to chloroplasts in plants."

Chloroplasts, which carry out photosynthesis in all plants, evolved from symbiotic cyanobacteria that eventually were incorporated into host cells in a process known as endosymbiosis.

In previous work, Zehr's team had studied the cyanobacteria in samples processed at sea and brought back to the lab.

Micrograph of a small phytoplankton believed to be similar to the symbiont. 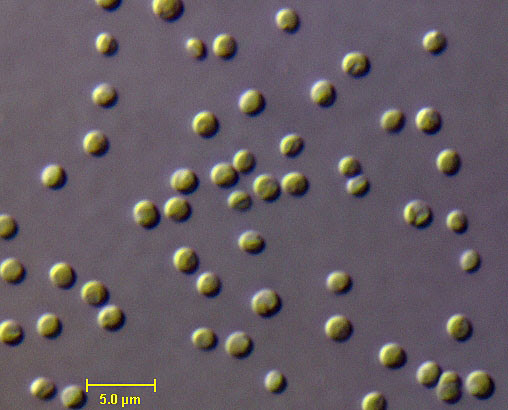 The researchers were able to sequence the microbe's complete genome. They discovered that it's missing the genes for several key metabolic pathways, suggesting that it might live in association with another organism.

The scientists were only able to see the symbiotic partners together when they sorted freshly collected seawater samples onboard a research vessel.

"Our collaborators at the University of Hawaii, Dave Karl and Ken Doggett, put a cell sorter into a portable laboratory--a lab in a box--so now we can take the machine to sea and sort cells that minutes before were in their natural environment," says Thompson. "That's how we found the association."

Zehr noted that it's difficult to estimate the contribution of this symbiosis to global carbon and nitrogen cycles.

Other algae are more abundant and may be more important in terms of the ocean's carbon cycle than the algae hosts in this symbiosis, he says. But the cyanobacteria partners likely make this a significant contribution to global nitrogen fixation in the oceans.

"Planktonic symbioses are very difficult to study," says Foster. "The associations are often fragile. Here we used multiple tools to identify one of the first examples of this kind of partnership in plankton."

In addition to Thompson, Zehr and Foster, the co-authors of the paper include Andreas Krupke, Niculina Musat and Marcel Kuypers of the Max Planck Institute for Marine Microbiology; Brandon Carter of UCSC; and Daniel Vaulot of the Station Biologique de Roscoff and the Pierre and Marie Curie University in Paris.

The research was also funded by the Gordon and Betty Moore Foundation and the Max Planck Society.