Everyone knows that what mom eats when pregnant makes a huge difference in the health of her child. Now, new research in mice suggests that what she ate before pregnancy might be important too. According to a new research report published online in The FASEB Journal, what a group of female mice ate—before pregnancy—chemically altered their DNA and these changes were passed to her offspring. 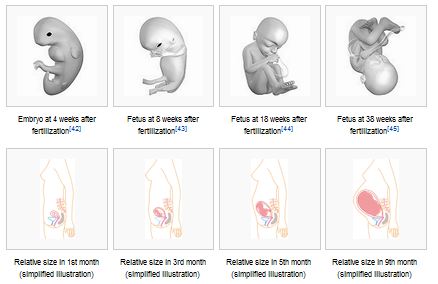 These DNA alterations, called "epigenetic" changes, drastically affected the pups' metabolism of many essential fatty acids. These results could have a profound impact on future research for diabetes, obesity, cancer, and immune disorders.

"As parents, we have to understand better that our responsibilities to our children are not only of a social, economical, or educational nature, but that our own biological status can contribute to the fate of our children, and this effect can be long-lasting," said Mihai Niculescu, M.D., Ph.D., study author from Nutrition Research Institute at the University of North Carolina at Chapel Hill, in Chapel Hill, N.C. "My hope is that, along with many other scientists, we will reveal this tight biological relationship between us as parents, and our children, and how we can improve the lives of our children using our own biological machinery."

To make this discovery, Niculescu and colleagues split mouse females into two groups before gestation, and fed them either a control diet, or a diet deficient in alpha-linolenic acid or ALA. This was achieved by replacing the type of fats in the diet, while keeping the number of calories the same. The females were bred with mouse males kept on a control diet. Immediately after the moms delivered the pups, each of these two initial groups were further split in two, so that each half of the initial groups received a flaxseed oil supplemented diet (rich in ALA), while the other halves from each group remained on the same diet.

Researchers used blood and liver to look at polyunsaturated fatty acid (PUFA) levels and the DNA methylation of a gene called Fads2, which regulates PUFA metabolism. They found that in both the moms and pups, flaxseed oil induced a change in this chemical modification in the Fads2 gene. Flaxseed oil supplementation increased the methylation of this gene, which, in turn, decreased the activation of the gene in pups.

However, flaxseed oil was not the only factor with impact upon Fads2 methylation in pups. Results demonstrated that regardless of the flaxseed oil intake, there was a correlation between the methylation of this gene in moms and in their pups, which suggested that pups also inherit this methylation from their moms. The pups' ability to transform PUFAs in their own livers was influenced by both the mother's dietary intake, and also by maternal Fads2 methylation status.

"New York City may be laughed at by some for banning large, sugary sodas and for encouraging a healthy diet," said Gerald Weissmann, M.D., Editor-in-Chief of The FASEB Journal, "This report shows that future generations might not find that funny at all.

This report adds to the large body of evidence that an inappropriate diet can produce changes in the function of our DNA and the DNA of our children—a process called epigenetics. As we begin understand the effects of diet on epigenetics, New York may go from being considered a funny 'nanny-state' to becoming appreciated as a public health visionary."


Contacts and sources:
Federation of American Societies for Experimental Biology
on September 21, 2012