Wildfires In California As Seen From Space

Hot, dry, and gusty conditions continued to exacerbate wildfires throughout the western United States on August 24, 2012. In northern California, one of the areas most severely affected, several fires burned. Most blazed in remote areas, but the Ponderosa fire had destroyed several dozen homes and threatened hundred of others. 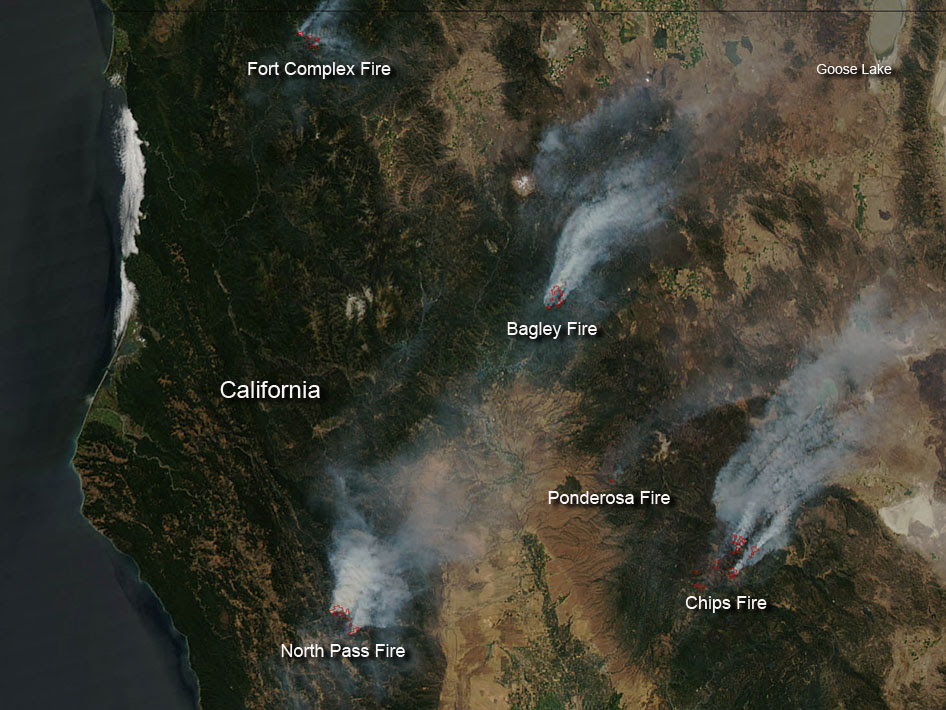 This season appears to be on track to break a record for the total number of acres burned in a year. In 2006, the current record holder, 9.87 million acres burned.