By affixing nanoscale gold spheres onto a microscopic bead of glass, researchers have created a super-sensor that can detect even single samples of the smallest known viruses. The sensor uses a peculiar behavior of light known as "whispering gallery mode," named after the famous circular gallery in St. Paul's Cathedral in London, where a whisper near the wall can be heard around the gallery.


Reconstruction of a Rotavirus 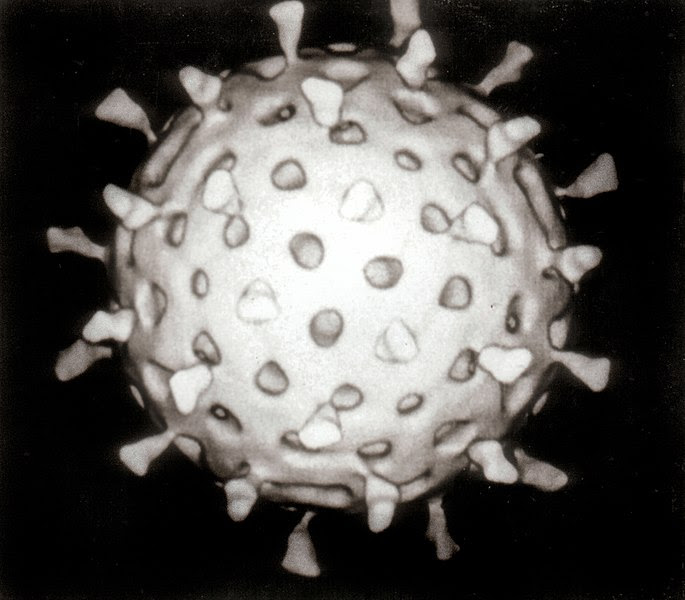 In a similar way, waves of light are sent whirling around the inside of a small glass bead, resonating at a specific frequency. Just as a small object on a vibrating violin string can change its frequency – ever so slightly – so too can a virus landing on the sensor change the resonant frequency of the light.

With the initial glass sphere, researchers were able to detect changes in frequency from viruses about the size of influenza, a relatively large virus. The system, however, was not sensitive enough to detect anything smaller, such as the Polio virus.

The researchers were able to increase the sensitivity of the device nearly seventyfold by adding gold nanospheres to the surface of the glass, which created what the researchers referred to as "plasmonic hot spots" – areas where the light waves coupled with waves of electrons. This hybrid sensor not only detected the presence of the MS2 virus – the current light-weight in the world of RNA viruses – it also was able to determine the weight of the virus by measuring the precise frequency change of the light. With a few minor adjustments, the sensor should also be able to detect single proteins, such as cancer markers that appear in the blood long before outward signs of cancer can be detected. 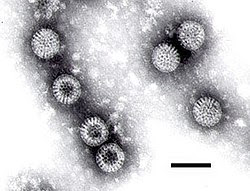 The results were published in the American Institute of Physics (AIP) journal Applied Physics Letters.