Sunbathing may be healthy – at least for one group of North American insects that apparently uses the activity to fight off germs, Simon Fraser University scientists have found.

Western Boxelder bugs (WBB), found largely in B.C. interior regions, are known to group together in sunlit patches and while there, release monoterpenes, strong-smelling chemical compounds that help protect the bugs by killing germs on their bodies. 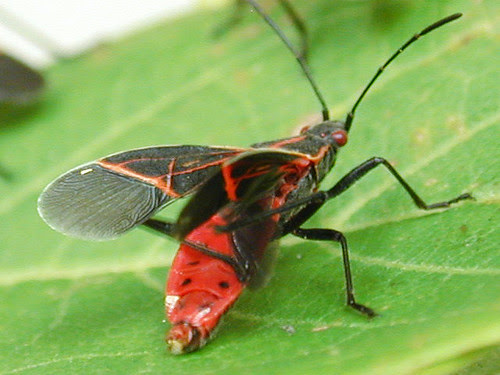 Researchers previously thought the compounds had a role in reproduction or defending the bugs against predators. But their latest study found that the compounds were emitted when the bugs were in sunshine – in effect, sunbathing – and weren’t used for communication or other purposes.

According to the researchers, sunlight appears to activate the biosynthesis of the compounds in the bugs, described as highly gregarious creatures. The chemicals then physically encase fungal spores on the bugs’ body surface and set off a chain of events that ultimately protect them from germ penetration.

Their findings are published in the August issue of the journal Entomologia Experimentalis it Applicata.

“Prophylactic sunbathing defends these bugs against pathogens that they encounter in their shelters,” says SFU biology professor Gerhard Gries, who co-authored the paper with colleague Zamir Punja and former graduate student Joseph Schwarz, now working on his PhD in entomology at Washington State University. Gries holds an NSERC-Industrial Chair in Multimodal Animal Communication Ecology at SFU.

“If they are converting the sun’s solar energy to fuel chemical work, without the aid of microbial symbionts - organisms that live together with a host, often to their mutual benefit - we would consider this a highly remarkable feat in the animal world.”

Gries says while the phenomenon may exist in other insects it has yet to be observed or reported.