Legend has it that Ralph Waldo Emerson once said, "Build a better mousetrap, and the world will beat a path to your door." University of Missouri researchers are doing just that, but instead of building mousetraps, the scientists are targeting cancer drugs. In a new study, MU medicinal chemists have taken an existing drug that is being developed for use in fighting certain types of cancer, added a special structure to it, and created a more potent, efficient weapon against cancer.

Mark W. Lee Jr., an assistant professor of chemistry at the University of Missouri, and his research team have used carboranes to enhance cancer-fighting drugs. They recently created one drug that is 10 times more potent than current cancer-fighting drugs. The technology could be used to address other problems such as migraine headaches or Alzheimer's.
Credit: Nathan Hurst/University of Missouri

"Over the past decade, we have seen an increasing interest in using carboranes in drug design," said Mark W. Lee Jr., assistant professor of chemistry in College of Arts and Science. "Carboranes are clusters of three elements — boron, carbon and hydrogen. Carboranes don't fight cancer directly, but they aid in the ability of a drug to bind more tightly to its target, creating a more potent mechanism for destroying the cancer cells."

Lee and his research team used carboranes to create a new cancer drug that is 10 times more potent than current cancer-fighting drugs. 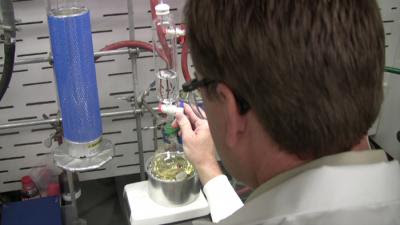 In the study, Lee and his research team used carboranes to build new drugs designed to shut off a cancer cell's energy production, which is vital for the cell's survival. All cells produce energy through complex, multi-step processes. The key to an effective drug is targeting the process that cancer cells depend on more than healthy cells. By increasing the binding strength of a drug, a smaller dose is required, minimizing side effects and increasing the effectiveness of the therapy. With carboranes, Lee found that the drug is able to bind 10 times more powerfully.

"The reason why these drugs bind stronger to their target is because carboranes exploit a unique and very strong form of hydrogen bonding, the strongest form of interactions for drugs," Lee said.

Lee said that this discovery also will lead to further uses for the drug.

"Too often, after radiation or chemotherapy, cancer cells repair themselves and reinvade the body," Lee said. "This drug not only selectively shuts off the energy production for the cancer cells, but it also inhibits the processes that allow those cancer cells to repair themselves. When we tested our carborane-based drugs, we found that they were unimaginably potent. So far, we have tested this on breast, lung and colon cancer, all with exceptional results."

Lee and a team of Mizzou researchers have taken an existing drug that is being developed for use in fighting certain types of cancer, added a special structure to it, and created a more potent, efficient weapon against cancer. 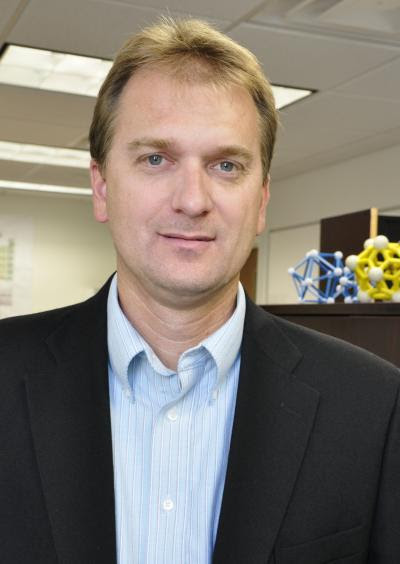 According to Lee, this is the first study to show systematically how carboranes can improve the activity of a drug. Lee believes this discovery will open additional possibilities of improving drugs that are used to treat other diseases, not just cancer.

"The end result is that these new drugs could be many thousands of times more potent than the drugs that are used in the clinics today," Lee said.

While it will be several years before the new drug would be available on the market, Lee said that clinical trials could begin within the next two years. Additionally, further testing on other types of cancer is underway. The study was published in the Journal of Medicinal Chemistry, a publication of the American Chemical Society.