An international research team, led by Edo Berger of Harvard University, made the most of a dying star’s fury to probe a distant galaxy some 9.5 billion light-years distant. The dying star, which lit the galactic scene, is the most distant stellar explosion of its kind ever studied. According to Berger, “It’s like someone turned on a flashlight in a dark room and suddenly allowed us to see, for a short time, what this far-off galaxy looks like, what it is composed of.”

The study, published recently in The Astrophysical Journal, describes how the researchers used the exploding star’s light (called an ultra-luminous core-collapse supernova) as a probe to study the gas conditions in the space between the host galaxy’s stars. Berger says the findings reveal that the distant galaxy‘s interstellar conditions appear “reassuringly normal” when compared to those seen in the galaxies of our local universe. “This shows the enormous potential of using the most luminous supernovae to study the early universe,” he says. “Ultimately it will help us understand how galaxies like our Milky Way came to be.” 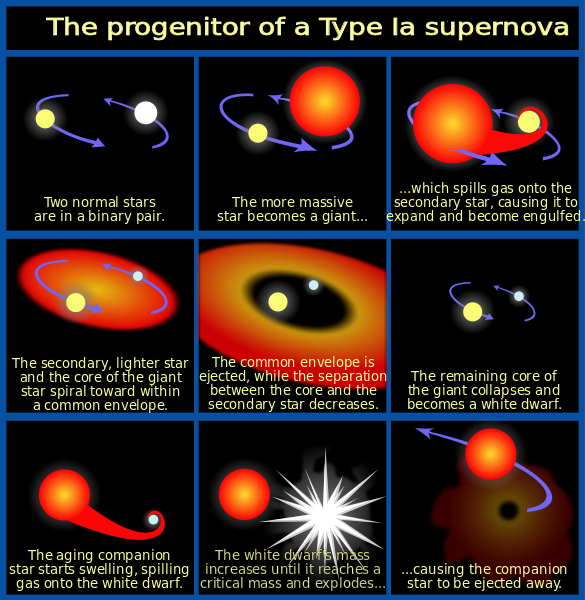 The discovery of the dying star in this distant galaxy was made using images from the Pan-STARRS1 survey telescope on Haleakala in Maui, Hawai‘i. “These are the types of exciting and unexpected applications that appear when a new capability comes on line,” said John Tonry, one of the study's co-authors and supernovae researcher at the University of Hawai‘i at Manoa's Institute for Astronomy. Tonry adds, “Pan-STARRS is pioneering a new era in deep, wide-field, time-critical astronomy – and this is just the beginning.” After the Pan-STARRS discovery, spectroscopic follow-up studies using the Multiple Mirror Telescope in Arizona and the 8-meter Gemini North telescope on Mauna Kea, Hawai‘i provided the data used by the team to probe the gas of the distant galaxy’s interstellar environment.

The spectra revealed the signatures of a distant ultra-luminous supernova, and equally important, the unique fingerprints of iron and magnesium within the distant galaxy that hosted the explosion. The galaxy itself contains a very young population of stars (~15 to 45 million years old) with a mass totaling some 2 billon Suns.


Left: Portion of the Gemini spectrum of PS1-11bam from December 5 containing several interstellar absorption features of Fe II and Mg II at z = 1.566 (black). The error spectrum is shown in blue. For comparison we plot the GRB composite spectrum of Christensen et al. (2011). Right: A zoom-in on the relevant Fe II and Mg II lines demonstrates the similarity to GRB absorption spectra. Also shown is the [O II] 3727 emission line at z = 1.567 from the January 1 Gemini spectrum.

The ultra-luminous supernova explosion belongs to a relatively recently-identified and special breed of exploding stars. They are some 10-100 times more luminous than their ordinary less-energetic cousins and unusually blue in color. While the process leading to their demise is still being explored, evidence points to the central core-collapse of a star having as much as 100 times the mass of our Sun. The collapse triggers an enormous explosion that blasts prodigious amounts of heavier elements through the star’s enormous outer layers before expanding into space.

Traditionally, astronomers have used two techniques to study distant galaxies: They would either; 1) look directly for chemical elements leaving bright imprints on the galaxy’s spectrum of light; or 2) search indirectly for dark signatures in the spectrum of an even more distant quasar, which reveals chemical elements in an intervening system that have absorbed light along our line of sight.

Recently, astronomers have supplanted these methods with another: seeking dark absorption imprints in the afterglows of “gamma-ray bursts” (GRBs); these brief flashes are the brightest and most energetic explosions in the universe, but they fade away within hours. The method is also limited by the need for expensive Earth-orbiting satellites to first detect and pinpoint a burst’s location with precision before astronomers can make ground-based studies.