In Spain the raccoon is common in Madrid and Guadalajara

Furry, agile, intelligent and voracious: the raccoon is far from being a cuddly toy, which is what many people believe when they get one as a pet. It is more like an invader that escapes and is able to adapt and survive in new habitats. According to a study, its expansion across Spain and Europe is bringing infectious and parasitic diseases like rabies. This puts the health of native species and people at risk.

Originating in North America, the raccoon (Procyon lotor) is an invasive species that has established itself in Europe due to hunting and the fur trade along with its acquisition as a pet. In Spain, its presence in the wild is already commonplace in Madrid and Guadalajara and is sporadic in other regions such as the island of Mallorca. Its presence is however far from welcomed.

"Due to its rapid expansion and the long list of illnesses that it may carry, it poses a health risk that we must bear in mind," as outlined to SINC Beatriz Beltrán-Beck, the lead author of the study published in the 'European Journal of Wildlife Research' and researcher at the Research Institute of Hunting Resources (IREC, joint centre of the University of Castilla-La Mancha, the CSIC, and Castilla-La Mancha Council).

Bearing in mind that its population density could exceed 100 raccoons per km2, the success of the expansion of this small opportunistic carnivore is down to its ability to quickly adapt to different surroundings and omnivorous food habitats, its high reproductive potential and the absence of natural predators.

Raccoons in a tree 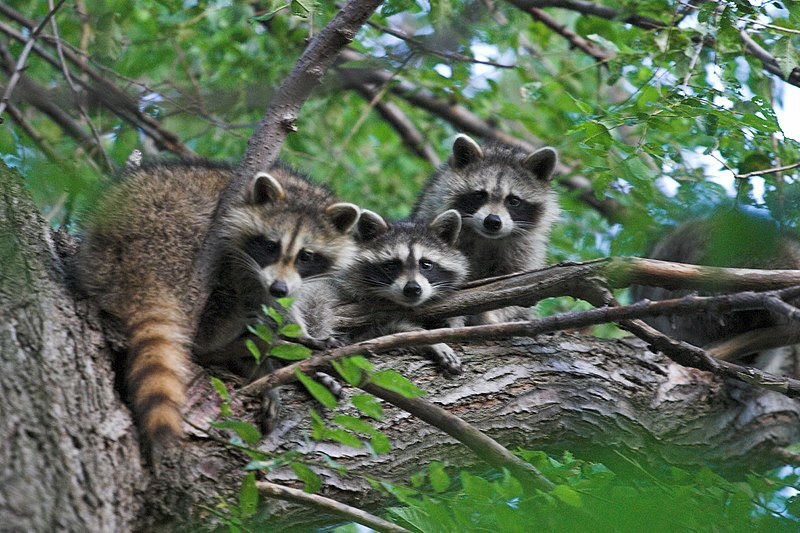 However, as Beltrán-Beck points out, "the impact that their expansion and invasion could have on the environment and the health of native species and humans is unknown." The researcher adds that the increase in population numbers and expansion to other countries and/or urban environments could increase the transmission of dangerous parasites and illnesses to domestic animals and humans.

The guest that nobody wants in their home

The research team gathered all types of information on the infectious and parasitic diseases that raccoons can transmit. The aim was to assess the propagation risk of infections along with possible control methods. But, according to the author, "there is little data in Europe on this species".

Rabies and a very pathogenic parasite to man (Baylisascaris procyonis), which was found in Germany, are some of the most significant illnesses found in the raccoon. But, along with bacterial illnesses, these are added to the West Nile virus which affects human, birds, horses and sheep.

Although in Western Europe rabies have been eliminated thanks to the oral vaccination for foxes (Vulpes vulpes), there is still concern that the raccoon could complicate the situation in some areas of Eastern Europe that are still home to rabies. In recent years 142 cases of rabies in raccoons have been identified, above all in Ukraine, Estonia, Germany and Lithuania.

Raccoon on roof in Germany 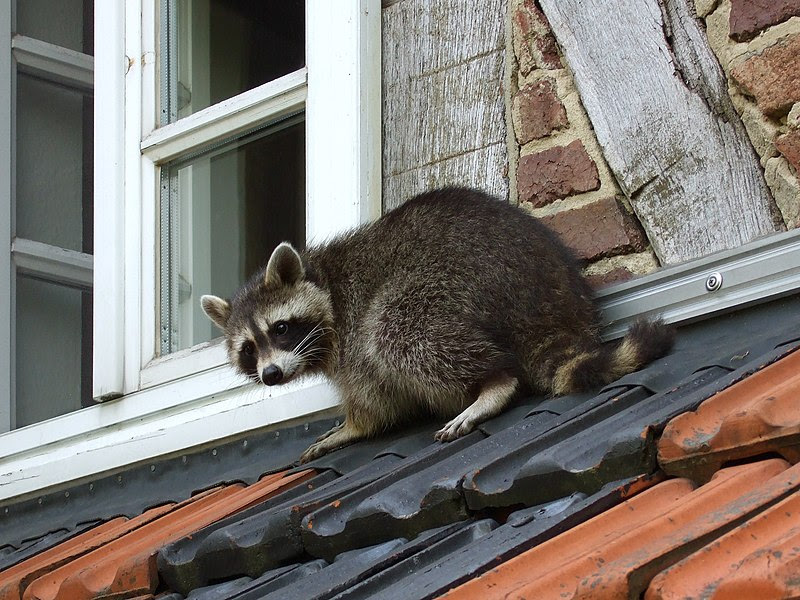 This small American carnivore has been confirmed to be the host of the nematode worm Baylisascaris procyonis, which is responsible for Larva migrans, an illness caused by larval migration and parasite persistence under the skin, in the brain and in other organs. In the past this disease could only be found in America but is now emerging and on the rise in Europe.

"The infected raccoons can scatter millions of nematode B. procyonis eggs, which cause significant environmental contamination," warn the scientists. In the USA, between 68% and 82% of mammals have this parasite. Prevalence is also high in Germany although in Japan, for example, the parasite was not detected in any of the 1,688 raccoons captured for the purposes of other studies.

According to Beltrán-Beck, "more epidemiological studies are necessary on the current health situation and the implementation of measures that limit the possible impact of invading raccoons."

Given its exotic origin and its rapid expansion since the 1970's, the raccoon is considered an invasive species in Europe. However, the majority of European countries, like Spain, do not control the trade of this animal, which is introduced onto the market as a pet.

"The case of Spain is a good example. The origin of its expansion is probably due to it escaping from the home where it was kept as a pet and due to the owners releasing it into the countryside when it reaches adulthood and becomes aggressive," adds the researcher.

According to the researcher, "this is mainly the case because there is a complete lack of knowledge of the biology, ecology, distribution and population density of the raccoon in Europe.

Citations: Beltrán-Beck B, García FJ, Gortázar C, (2012) "Raccoons in Europe: disease hazards due to the establishment of an invasive species", European Journal of Wildlife Research 58, pp 5-15