The same type of microwave oven technology that most people use to heat up leftover food has found an important application in the solar energy industry, providing a new way to make thin-film photovoltaic products with less energy, expense and environmental concerns.

Engineers at Oregon State University have for the first time developed a way to use microwave heating in the synthesis of copper zinc tin sulfide, a promising solar cell compound that is less costly and toxic than some solar energy alternatives. 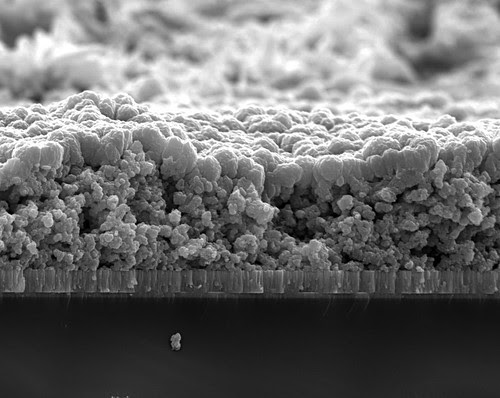 The findings were published in Physica Status Solidi A, a professional journal.

“All of the elements used in this new compound are benign and inexpensive, and should have good solar cell performance,” said Greg Herman, an associate professor in the School of Chemical, Biological and Environmental Engineering at OSU.

“Several companies are already moving in this direction as prices continue to rise for some alternative compounds that contain more expensive elements like indium,” he said. “With some improvements in its solar efficiency this new compound should become very commercially attractive.”

These thin-film photovoltaic technologies offer a low cost, high volume approach to manufacturing solar cells. A new approach is to create them as an ink composed of nanoparticles, which could be rolled or sprayed – by approaches such as old-fashioned inkjet printing – to create solar cells. 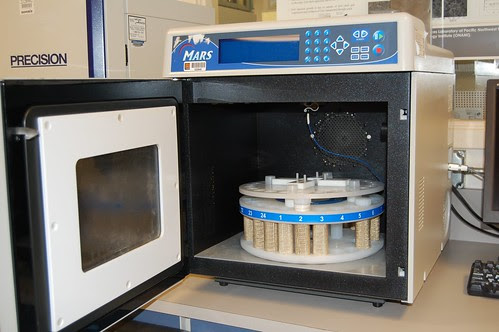 To further streamline that process, researchers have now succeeded in using microwave heating, instead of conventional heating, to reduce reaction times to minutes or seconds, and allow for great control over the production process. This “one-pot” synthesis is fast, cheap and uses less energy, researchers say, and has been utilized to successfully create nanoparticle inks that were used to fabricate a photovoltaic device.

“This approach should save money, work well and be easier to scale up at commercial levels, compared to traditional synthetic methods,” Herman said. “Microwave technology offers more precise control over heat and energy to achieve the desired reactions.”

Funding and support for this research was provided by Sharp Laboratories of America, the Oregon Nanoscience and Microtechnologies Institute, and the Oregon Process Innovation Center for Sustainable Solar Cell Manufacturing, an Oregon BEST signature research facility.