"It was shown that Internet addiction is not a figment of our imagination," says the lead author, Privatdozent Dr. Christian Montag from the Department for Differential and Biological Psychology at the University of Bonn. "Researchers and therapists are increasingly closing in on it."

Over the past years, the Bonn researchers have interviewed a total of 843 people about their Internet habits. An analysis of the questionnaires shows that 132 men and women in this group exhibit problematic behavior in how they handle the online medium; all their thoughts revolve around the Internet during the day, and they feel their wellbeing is severely impacted if they have to go without it.

The researchers from the University of Bonn and the Central Institute of Mental Health in Mannheim compared the genetic makeup of the pro­blematic Internet users with that of healthy control individuals. This showed that the 132 subjects are more often carriers of a genetic variation that also plays a major role in nicotine addiction. 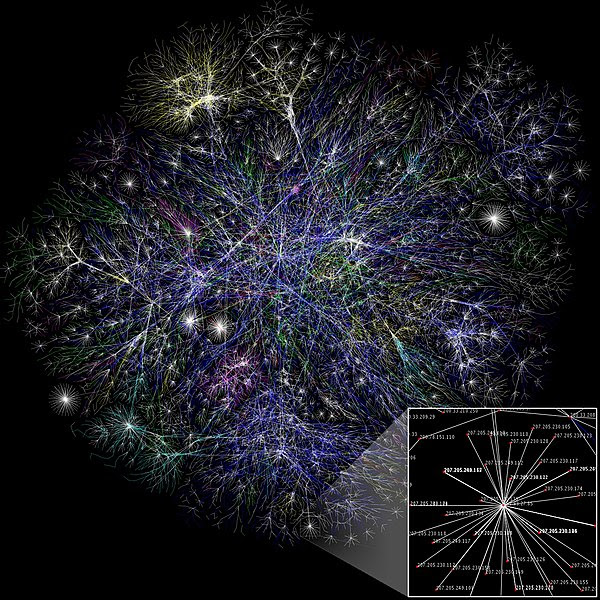 "What we already know about the nicotinic acetylcholine receptor in the brain is that a mutation on the related gene promotes addictive behavior," explains Dr. Montag. Nicotine from tobacco fits - just like acetylcholine, which is produced by the body - like a key into this receptor. Both these neurotransmitters play a significant role in activating the brain's reward system. "It seems that this connection is not only essential for nicotine addiction, but also for Internet addiction," reports the Bonn psychologist.

Women more affected by this mutation

The actual mutation is on the CHRNA4 gene that changes the genetic make¬up for the Alpha 4 subunit on the nicotinic acetylcholine receptor. "Within the group of subjects exhibiting problematic Internet behavior this variant occurs more frequently – in particular, in women," says Dr. Montag. This finding will have to be validated further because numerous surveys have found that men are more prone to Internet addiction than women.

The psychologist assumes, "The sex-specific genetic finding may result from a specific subgroup of Internet dependency, such as the use of social networks or such."

Dr. Montag added that studies including more subjects are required to further analyze the connection between this mutation and Internet addiction. "But the current data already shows that there are clear indications for genetic causes of Internet addiction." He added that with the mutation, a biological marker had been found that would allow to characterize online addiction from a neuro-scientific angle.

"If such connections are better understood, this will also result in important indications for better therapies," says Dr. Montag.

Publication: The role of the CHRNA4 Gene in Internet Addiction – A Case-control Study, "Journal of Addiction Medicine," DOI: 10.1097/ADM.0b013e31825ba7e7, Internet:http://www.ncbi.nlm.nih.gov/pubmed?term=internet%20addiction%20chrna4

Contacts and sources:
Christian Montag
University of Bonn
on August 29, 2012