The Japanese earthquake and tsunami of 11 March 2011, which hit the north-east coast of Japan with a magnitude of 9.0 on the Richter scale, was one of the largest ocean-trench earthquakes ever recorded in Japan. The tsunami caused huge damage, including 15,861 dead and 3018 missing persons, and, as of 6 June 2012, 388,783 destroyed homes. 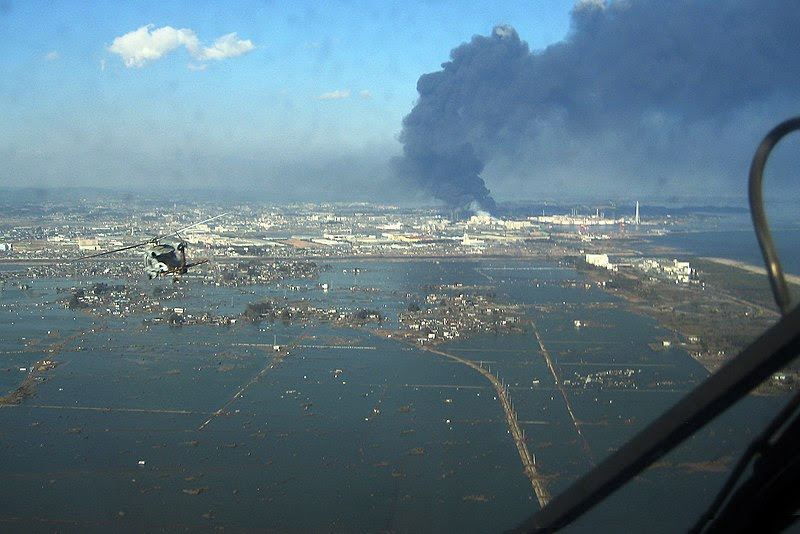 Following an investigation of the ambulance records made by doctors in the Miyagi prefecture, close to the epicentre of the earthquake and where the damage was greatest, cardiologist Dr Hiroaki Shimokawa and colleagues from the Tohoku University Graduate School of Medicine at Sendai, Japan, found that the weekly occurrence of five conditions - heart failure, acute coronary syndrome (including unstable angina and acute MI), stroke, cardio-pulmonary arrest and pneumonia - all increased sharply soon after the earthquake occurred.

Such reactions - in ACS, stroke and pulmonary embolism - have been reported before, said Dr Shimokawa, in Japan, China and the USA. However, these studies reported only the short-term occurrence of individual CVD events, and the mid-term CVD effects of such great earthquakes remain to be elucidated. To this end, the study examined all ambulance transport records in the Miyagi prefecture from 11 February to 30 June for each year from 2008 to 2011 (ie, four weeks before to 16 weeks after 11 March, a total of 124,152 records). Incidence records from before, during and after the earthquake disaster were compared, the aftershocks counted and recorded according to a seismic intensity of 1 or greater.

The number of aftershocks in the Miyagi prefecture was frequent during the six weeks after the earthquake, and the second peak was noted as a large aftershock on 7 April 2011 (magnitude of 7.0). Compared with the previous three years, the significant increases in the occurrence of heart failure and pneumonia were steadily prolonged for more than six weeks after the tsunami struck. On the other hand, the incident increases in stroke and cardio-pulmonary arrest followed the pattern of the first and aftershock seismic peaks. The rapid increases in the occurrence of acute coronary syndromes and cardio-pulmonary arrest was followed by a sharp and significant decline. Interestingly, said Dr Shimokawa, age, sex or residence area did not significantly affect the occurrences of CVD during or following the tsunami.

"To the best of our knowledge," he added, "this is the first report to describe the mid-term course of major cardiovascular events and pneumonia after a great earthquake in a large population. In particular, our findings provide the first evidence that the incidence of heart failure was markedly increased over a long period afterwards." Prevalence of pneumonia, a well known risk factor for deteriorating heart failure, was significantly increased.

The Tohoku University study also found - as reflected in self-monitoring measurements - that blood pressure was significantly elevated after the Earthquake. However, transport disruption following the tsunami interrupted delivery of regular medications, such as antihypertensive or antithrombotic drugs, and this may have contributed to the increased cardiovascular events. There was also an increase in the occurrences of ventricular tachyarrhythmias in patients with implantable cardiac defibrillators.