This composite image shows a superbubble in the Large Magellanic Cloud (LMC), a small satellite galaxy of the Milky Way, located about 160,000 light years from Earth. Many new stars, some of them very massive, are forming in the star clusterNGC 1929, which is embedded in the nebula N44. The massive stars produce intense radiation, expel matter at high speeds, and race through their evolution to explode as supernovas. 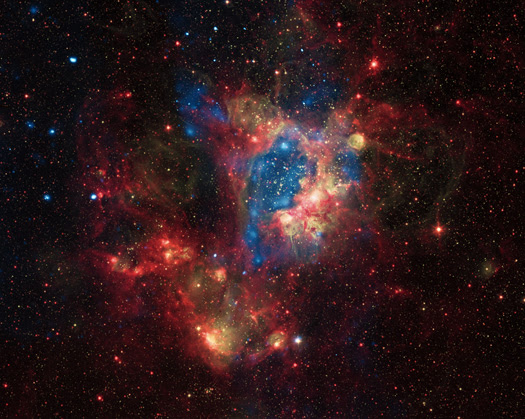 The winds and supernova shock waves carve out huge cavities called superbubbles in the surrounding gas. X-rays from NASA's Chandra X-ray Observatory (blue) show hot regions created by these winds and shocks, while infrared data from NASA's Spitzer Space Telescope (red) outline where the dust and cooler gas are found. The optical light from the 2.2m Max-Planck-ESO telescope (yellow) in Chile shows where ultraviolet radiation from hot, young stars is causing gas in the nebula to glow.

A long-running problem in high-energy astrophysics has been that somesuperbubbles in the LMC, including N44, give off a lot more X-rays than expected from models of their structure. A Chandra study published in 2011 showed that there are two extra sources of the bright X-ray emission: supernova shock waves striking the walls of the cavities, and hot material evaporating from the cavity walls. 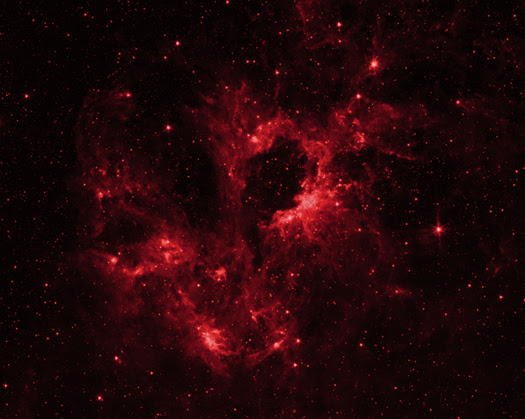 The observations show no evidence for an enhancement of elements heavier than hydrogen and helium in the cavities, thus ruling out this possibility as an explanation for the bright X-ray emission. This is the first time that the data have been good enough to distinguish between different sources of the X-rays produced by superbubbles. 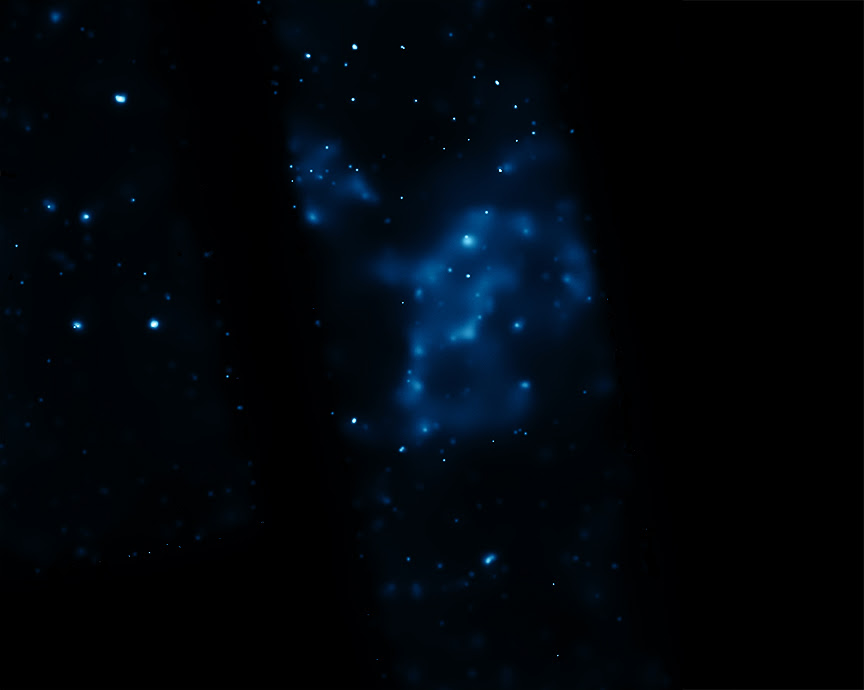 Optical image of the supperbubble