Antibiotic residues in uncured pepperoni or salami meat are potent enough to weaken helpful bacteria that processors add to acidify the sausage to make it safe for consumption, according to a study to be published in mBio®, the online open-access journal of the American Society for Microbiology, on August 28. 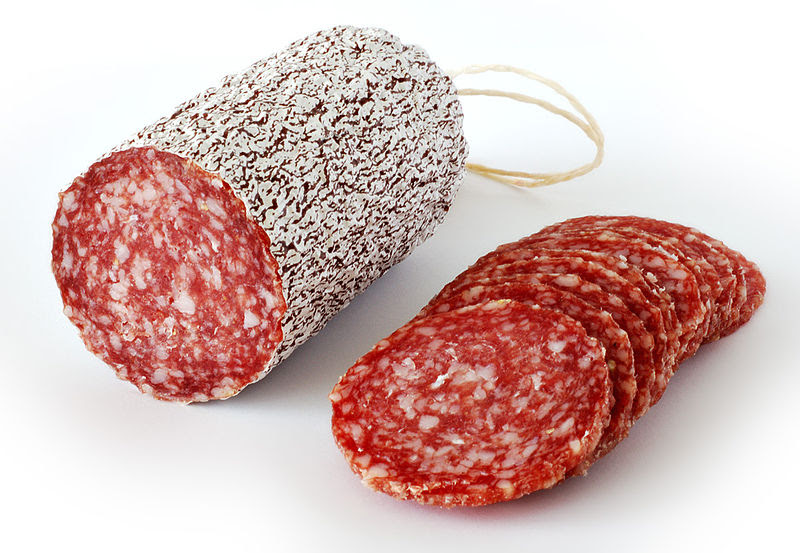 Sausage manufacturers commonly inoculate sausage meat with lactic-acid-producing bacteria in an effort to control the fermentation process so that the final product is acidic enough to kill pathogens that might have existed in the raw meat. By killing the bacteria that produce lactic acid, antibiotic residues can allow pathogenic bacteria to proliferate.

Researchers at the University of Copenhagen, Denmark, and University College Cork, Ireland, found that antibiotic concentrations within limits set by US and European Union (EU) regulators are high enough to slow fermentation, the process that acidifies the sausages and helps destroy foodborne pathogens like Salmonella or E. coli. 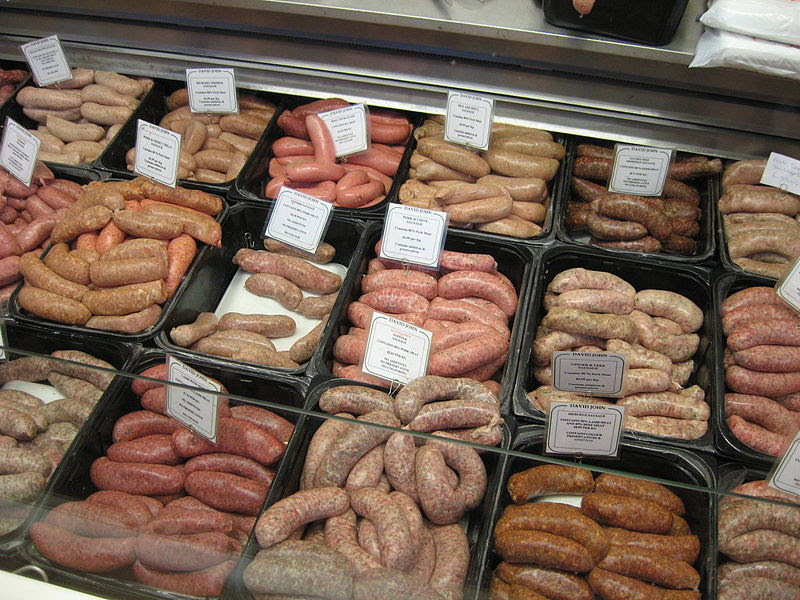 "At low concentrations and at regulatory levels set by authorities, we could see that the lactic acid bacteria are more susceptible to the antibiotics than the pathogens are," says Hanne Ingmer, of the University of Copenhagen, a researcher on the study. "So basically, we can have a situation where residual antibiotics in the meat can prevent or reduce fermentation by the lactic acid bacteria, but these concentrations do not effect survival or even multiplication of pathogens."

Antibiotics used as growth promoters or to treat disease in livestock can eventually end up in meat, and regulators in the US and EU have set limits on the concentrations of antibiotics in meat for consumption by humans. Ingmer and her colleagues set out to determine whether antibiotics falling within statutory limits might interfere with the process of fermentation in products like pepperoni, salami, or chorizo - sausages that are fermented using lactic- acid-producing bacteria in a curing process many cultures have employed for hundreds of years. She says fermented sausages occasionally cause serious bacterial infections, but it's never been understood why that might be.

In small-scale experiments in the lab, Ingmer and her colleagues added the antibiotics oxytetracycline or erythromycin to meat inoculated with lactic-acid-producing bacteria and pathogensEscherichia coli O157:H7 and Salmonella enterica. They followed the progress of the fermentation and tracked the survival of the pathogens. Ingmer says several different starter cultures of lactic-acid-producing bacteria were sensitive to these antibiotics and hence did not acidify the sausage meat effectively - results that could explain why people sometimes get sick from eating fermented sausage.

Ingmer says the results show antibiotics can potentially have a paradoxical effect that would increase the risk of foodborne illness: antibiotic residues reduce the effectiveness of bacteria that should make the sausages safe but don't affect the bacteria that can cause illness.

Although the results raise an alarm for the manufacture of processed meats, Ingmer stresses that it is important to conduct similar tests in manufacturing facilities. "The majority of sausages are manufactured at a commercial scale. It has to be addressed whether this is a problem in a real life facility," Ingmer says.

Manufacturers with good quality control systems can catch problems in fermentation, Ingmer says, preventing large-scale outbreaks of foodborne illness by testing the final product before it's distributed, but random batch testing could well miss a batch that didn't ferment properly, putting the public at risk.

How can we be sure antibiotic residues don't interfere with the safety of these products? Ingmer sees two possible solutions. If antibiotics are present in meat, boosting the survival and activity of the lactic-acid-producing bacteria is important. In the future, Ingmer hopes to work with manufacturers to develop cultures of lactic-acid-producing bacteria that tolerate low levels of antibiotics.

mBio® is an open access online journal published by the American Society for Microbiology to make microbiology research broadly accessible. The focus of the journal is on rapid publication of cutting-edge research spanning the entire spectrum of microbiology and related fields. It can be found online at http://mBio.asm.org.