When Rules Change, The Brain Falters

For the human brain, learning a new task when rules change can be a surprisingly difficult process marred by repeated mistakes, according to a new study by Michigan State University psychology researchers.

Imagine traveling to Ireland and suddenly having to drive on the left side of the road. The brain, trained for right-side driving, becomes overburdened trying to suppress the old rules while simultaneously focusing on the new rules, said Hans Schroder, primary researcher on the study.

A cap worn by subjects in a Michigan State University experiment picks up EEG signals at the scalp; the signals are then transmitted via optical cable to a computer where the data is stored for analysis. 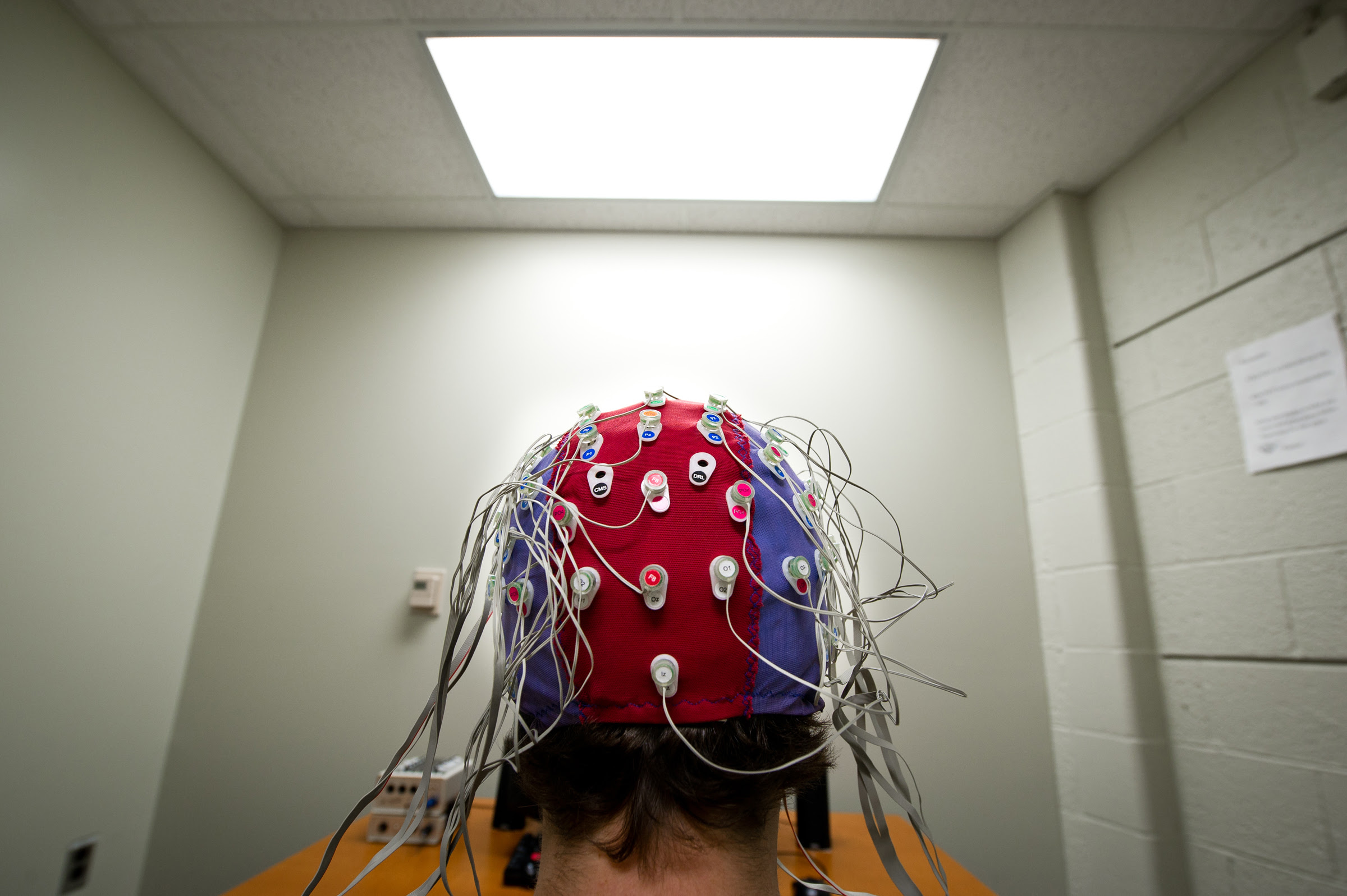 “There’s so much conflict in your brain,” said Schroder, “that when you make a mistake like forgetting to turn on your blinker you don’t even realize it and make the same mistake again. What you learned initially is hard to overcome when rules change.”

The study, in the research journal Cognitive, Affective & Behavioral Neuroscience, is one of the first to show how the brain responds to mistakes that occur after rules change.

“We expected they were going to get better at the task over time,” said Schroder, a graduate student in MSU’s Department of Psychology. “But after the rules changed they were slower and less accurate throughout the task and couldn’t seem to get the hang of it.”

Continually making these mistakes in the work environment can lead to frustration, exhaustion and even anxiety and depression, said Jason Moser, assistant professor of psychology and director of MSU’s Clinical Psychophysiology Lab.

“These findings and our past research suggest that when you have multiple things to juggle in your mind – essentially, when you are multitasking – you are more likely to mess up,” Moser said. “It takes effort and practice for you to be more aware of the mistakes you are missing and stay focused.”

In addition to Schroder and Moser, co-researchers include Erik Altmann, associate professor of psychology, and master’s student Tim Moran.