Carcinogenicity and regulation of caramel colorings by Michael Jacobson, (Executive Director, Center for Science in the Public Interest, USA), an article due to be published in the International Journal of Occupational and Environmental Health, states that Coca-Cola sold in California now contains little of the cancer-causing chemical 4-methylimidizole (4-MI). However the research shows that alarming levels of the carcinogen are evident in soft drinks elsewhere around the world. 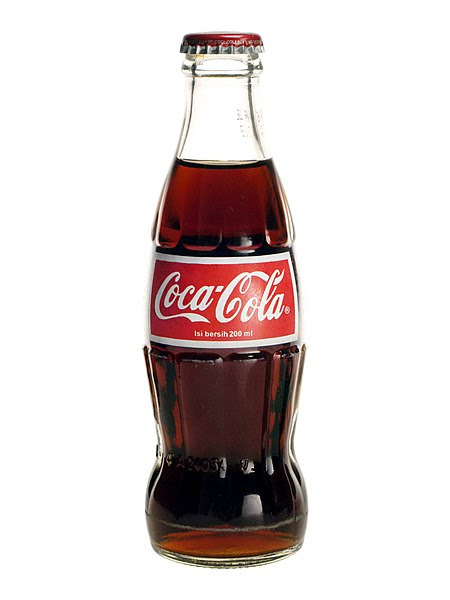 The carcinogen is formed during the production of the caramel colouring that is added to cola to give it its distinctive colour. Chemical reactions between the sugar and ammonia result in the production of 4-MI, which causes lung and liver and thyroid cancer and leukemia in laboratory animals in studies conducted by the US Government. Colouring is available that does not contain 4-MI but it is four times more expensive, so is not purchased by the beverage companies.

Tests carried out by the Center for Science in the Public Interest (CSPI) will be published shortly in theInternational Journal of Occupational and Environmental Health (vol. 18.3). The CSPI recommends that the US Food and Drug Administration prohibit the use of ammoniated caramel colouring and provide a more accurate description of the ingredient on all product labelling nationwide.

The State of California requires that cancer warnings be placed on any soft drinks with excessive levels of 4-MI, which could lead to a person ingesting over 30 micrograms (µg) of 4-MI in a day. It is estimated that this amount of the carcinogen would cause cancer in one in 100,000 people over their lifetime. This law has led to Californian bottlers using less of the contaminated caramel colouring, with Coca-Cola from the Golden State containing only 4 µg. Elsewhere in the world, Coca-Cola from Brazil was shown to be the most contaminated, containing 267 µg of the carcinogen per can; in Kenya, Coca-Cola contained 170 µg per can; and in the UK, Canada, United Arab Emirates and Mexico there was between 144 µg and 160 µg per can.

Michael Jacobson, says “Now that we know it’s possible to almost totally eliminate this carcinogen from colas, there’s no excuse for Coca-Cola and other such companies not to do so worldwide, and not just in California.”

There has been concern about the presence of 4-MEI in caramel color (which is the most used food and beverage coloring), typically at a concentration between 50 and 700 ppm.  Dark beers and common brands of cola drinks may contain more than 100 μg (micrograms)  of this compound per 12-ounce serving.

At very high doses (360 mg/kg of body weight), 4-methylimidazole is a convulsant for rabbits, mice and chicks, and was the likely cause of acute intoxication observed in cattle fed with ammoniated sugar-containing cattle feed supplements in the 1960s. On the other hand, several studies found no ill effect in rats and dogs for the concentrations found in caramel coloring. A study even found that 4-MEI had an anti-carcinogenic effect on rats. Based on these studies, caramel coloring of all types are considered safe. In the European Union the legal limit for 4-MEI in caramel coloring is 250 mg/kg.

However, a 2007 study by the National Toxicology Program (NTP) found that high doses of 4-MEI were carcinogenic in mice and in female rats. Similar effects were observed for the isomer 2-methylimidazole, also found in caramel coloring. It also has been claimed that the reduction in tumor rates seen by Chan and others were due to lower body weight rather than a true anti-carcinogenic effect.

In January 2011 California added 4-MEI to its list of probable carcinogens and stipulated 16 μg per day as the "No Significant Risk Level" intake. This is considerably less than the mean intake of 4-MEI by regular cola drinkers. The food industry has strongly opposed that decision, as it implies the need for additional warning labels on many products, and it disputes the validity of the NTP study. In March 2012 it was announced that both Coca-Cola and Pepsi have had their caramel color suppliers modify their manufacturing processes in order to meet the new California standard; as of the announcement the changes had already been made for beverages sold in California. The recipe is not changing in Europe, so the 4-MEI level will remain the same.

The online version of the article is available now ahead of official print publication. Subscribers can read the article   at ingentaconnect.com/content/maney/oeh/pre-prints/1077352512Z.00000000031

The International Journal of Occupational and Environmental Health is a quarterly journal tailored toward both academics and health professionals, offering articles that cover disciplines ranging from occupational and environmental health to consumer health (the aspects of human disease and injury that are determined or influenced by exposure to consumer goods and their components, including pharmaceuticals, food additives, and other purchased products). FInd out more at www.maney.co.uk/journals/oeh.