Think You're A Comic Genius? Maybe You're Just Overconfident

OK, OK. So it's not a side-slapper — especially if the teller has zero sense of comic timing. But most likely the person sharing the joke over the water cooler thinks he or she is pretty funny.

No matter how badly the joke is told, it will sometimes elicit a few polite laughs. 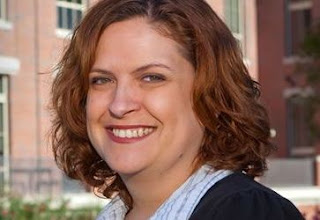 Ehrlinger's findings, which will be presented at the American Psychological Association's 120th convention in Orlando, Fla., in August, are described in her recent paper "Polite But Not Honest: How an Absence of Negative Social Feedback Contributes to Overconfidence."

Ehrlinger maintains that because society trains us not to hurt others' feelings, we rarely hear the truth about ourselves — even when it's well deserved. And that can be a problem for overly self-confident people who carry around inaccurate, overly positive perceptions of how others view them.

Three studies conducted by Ehrlinger and two Florida State graduate students — Adam J. Fay and Joanna Goplen — were modeled after awkward social situations in which one person argues for a political position that others find reprehensible. The researchers suspected that such moments usually lead to awkward silence more often than impassioned debate.

To test this, they brought together unacquainted participants with opposing views on a controversial issue. They then asked one participant to persuade the other of his or her view on the issue. Typically the targets responded by smiling or vaguely agreeing, which most likely reduced the potential for conflict, but left the political persuaders with inaccurate, overconfident perceptions of their debating skills.

In a second study, participants displayed overconfidence in their ability to be funny because they failed to recognize how often others laughed at jokes that weren't funny just to be polite.

So exactly what's so wrong with letting others think they're comic geniuses? Who said jokes about bears going into bars were so bad?

Ehrlinger explains it this way:

"There's definitely no harm in some types of overconfidence, and I am not suggesting that we should stop living in a polite society. The worst that might come from someone believing that they are funnier than, in reality, they are is a bit of embarrassment or wasted effort auditioning for 'America's Got Talent.'"

That said, she argues it's important to note when politeness might come at a cost. There are many times when overconfidence carries serious consequences.

"Overconfident doctors and lawyers might offer their patients or clients poor advice," she said. "There are ways in which overconfidence is dangerous, and it might be important to set aside politeness in the service of helping people avoid the perils of overconfidence."