The transfer of radioactive compounds is not straightforward and is higher than old models predicted.

A new study by Tiina Tuovinen, from the University of Eastern Finland, and her colleagues casts doubt over the validity of models used to assess the impact of radiation on human health. Their work is published online in Springer's journal Hydrobiologia.

The Chernobyl accident in 1986 led to a discharge of radioactive compounds into terrestrial, freshwater and marine environments. Over a period of time, these compounds have been taken up by organisms and have made their way into the food chain.

View of Chernobyl taken from Pripyat 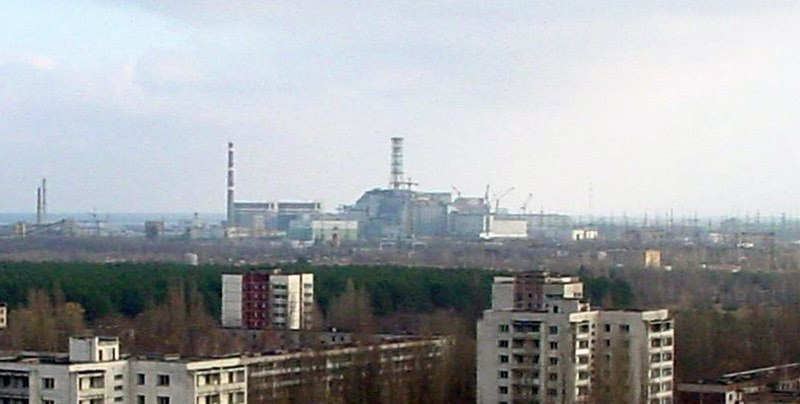 Since the accident, the fall-out from the power plant accident has been used as a major source of information for models which predict the transfer of these radioactive compounds into ecosystems, estimating their doses and assessing their potential effects on human health and wildlife.

The authors explain: "The ability of models to accurately predict concentrations and doses depends critically on the empirical data on the behavior of radioactive compounds in the biosphere and also on the correctness of basic assumptions used in the models."

Their analysis of the contamination of two Finnish lakes by radioactive compounds (137Cs in particular) suggests that the models used to predict consequences on human health are based on a false premise. Their work therefore questions the validity of the models used and the conclusions that can be drawn from them.

The researchers collected data from two lakes in Northern Finland to investigate the transfer of 137Cs from lake water into fish during a twenty-year period after the Chernobyl nuclear power plant accident. Their results show that, contrary to what has been assumed until now, the transfer of the radioactive compounds is non-linear. In addition, the levels of these compounds appear to be three times higher in fish-eating species (piscivores) than in non-fish-eating species.